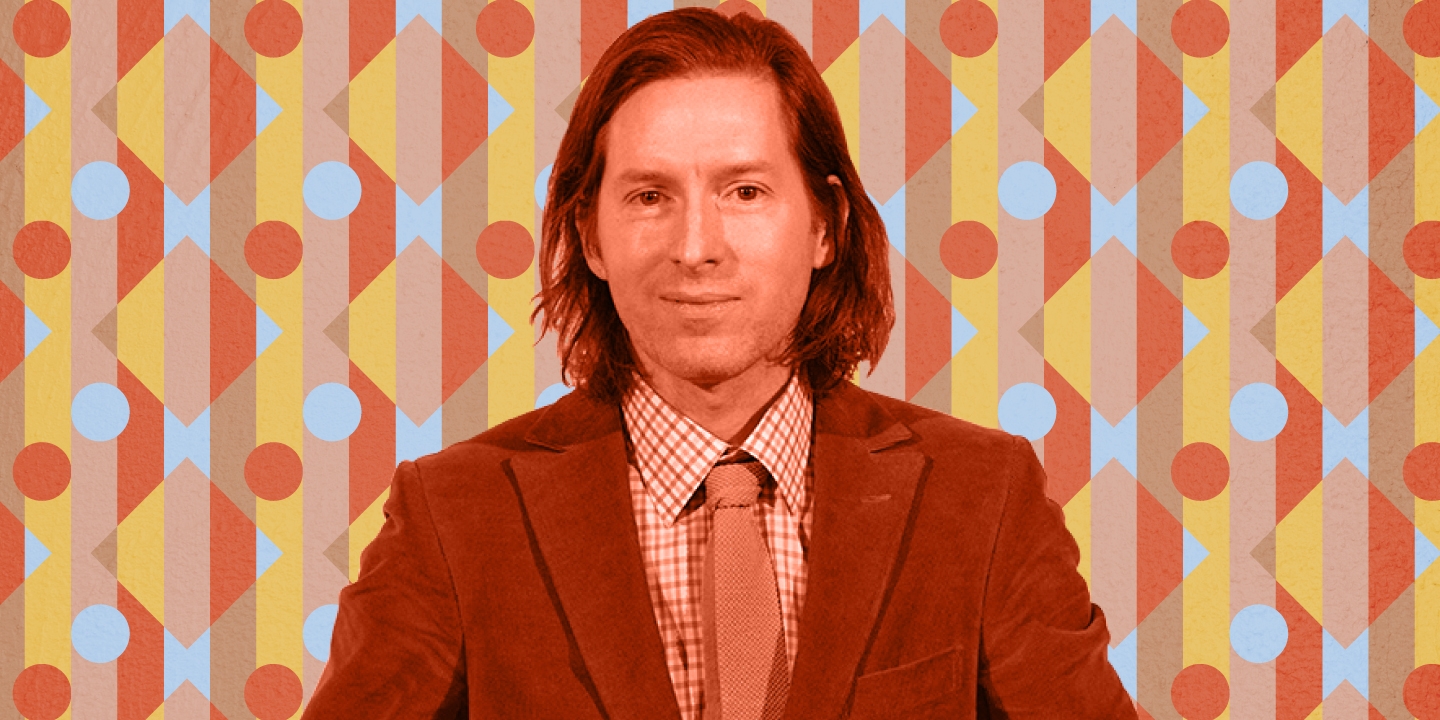 Wes Anderson has risen up the ranks of American filmmakers and doesn’t appear to be slowing down. With his ninth film, “Isle of Dogs,” hitting theaters this weekend, the esoteric auteur’s filmography could end up becoming one of the most celebrated in American cinema. Of course, his aesthetic can rub some people the wrong way, as some criticize his celebration of style over substance. However, Anderson’s distinct style and personality is what makes his films so worthy of praise. Tim Burton remains perhaps the only other director whose distinctive vision has become so recognizable.

After revisiting Anderson’s films and seeing “Isle of Dogs” in theaters, Artsweek presents our definitive ranking of Wes Anderson’s movies.

Most Wes Anderson Moment: Dignan (Owen Wilson) obsessively planning his heists as a part of a 75-year plan.

Why It’s Great: The low-stakes nature of the crimes adds a lot of humor, and Owen Wilson’s snappy delivery and wit keep the story moving.

Why It Wasn’t Higher: “Bottle Rocket” lacks a lot of Anderson’s trademarks, such as his famous diorama-like framing and angular pans. The heists are funny because they’re so terribly executed, but they fail to create tension. In the end, the film just wasn’t as memorable as some of Anderson’s more eccentric films that followed.

Premise: Steve Zissou, a declining oceanographer and documentarian played by Bill Murray, sets out with his crew to kill the shark that ate his best friend. Just before they leave, a man claiming to be Zissou’s son (Owen Wilson) shows up and asks to come along.

Most Wes Anderson Moment: The eccentricities of Team Zissou, from the Brazilian singer who sings Portuguese David Bowie covers to the nine unpaid interns from the University of North Alaska. Also, the entire crew wears red beanies.

Why It’s Great: Anderson has always had a soft spot for unconventional characters, and “Life Aquatic” features perhaps the most peculiar set of all his films. For fans of that aspect of Anderson’s work, this movie remains the most iconic.

Premise: A precocious young boy named Max Fischer, played by Jason Schwartzman, is involved in nearly every extracurricular activity at Rushmore Academy, yet he earns failing grades. He falls in love with a third grade teacher at the school, and his antics escalate more and more as he tries to impress her and stop her from falling for Herman Blume, played by Bill Murray.

Most Wes Anderson Moment: The ridiculous yearbook montage of all of Max Fischer’s extracurricular activities.

Why It’s Great: “Rushmore” will always be remembered as Anderson’s first big hit and is a worthwhile watch for that reason alone. Schwartzman’s and Murray’s performances cemented them as indie film icons, and this film marks the start of many of the iconic editing and cinematography techniques associated with Anderson’s work.

Why It Wasn’t Higher: The story doesn’t have the same momentum of many of Anderson’s other films. Schwartzman gives Fischer so much life and is able to hold the audience, but the meandering nature of the plot makes it stand out less than the others.

Premise: An animated fox named Mr. Fox and his family move into a new tree home despite his lawyer and friend Badger’s warnings that the area is unsafe for foxes. When Mr. Fox falls back into his stealing days and robs the three neighboring farms, conflict arises between the farmers and all the animals.

Most Wes Anderson Moment: Every cuss word is replaced with the word “cuss.” Another one of Anderson’s “cussing” brilliant writing quirks.

Why It’s Great: The lighthearted and fun story and characters are perfect for an animated kids movie, and the wry humor makes it a film adults can enjoy. The animation is also stunning, especially with the outfits of the characters. The characters themselves are superbly voice-acted, with George Clooney in the main role.

Why It Wasn’t Higher: The story and formal elements of “Isle of Dogs” appealed more to an adult audience, and I couldn’t quite justify putting “Fantastic Mr. Fox” above Anderson’s other foray into animation.

Premise: In a future dystopian Japan that has exiled all dogs to Trash Island after a canine flu outbreak, Atari Kobayashi (Koyu Rankin) journeys to Trash Island to find his dog, Spots. Five dogs help the boy find Spots and uncover the truth behind the government’s canine deportation policy.

The Most Wes Anderson Moment: Atari and Chief (Bryan Cranston) bond as they journey across Trash Island to the song “I Won’t Hurt You” by The West Coast Pop Art Experimental Band. Honorable mention to the unique way Anderson shows Chief imagining Nutmeg’s (Scarlett Johansson) tricks from when she was a show dog.

Why It’s Great: The implementation of Japanese art like Atari’s haiku, the Kabuki-inspired prologue and the Japanese percussion throughout, as well as the voice acting for the dogs — particularly Cranston as Chief — gave the world and characters so much life.

Why It Wasn’t Higher: The film’s quirky conceit of all the human characters speaking their native Japanese with minimal subtitles while the dogs speak English is hilarious, but it leaves many of the human characters flat. Anderson gave himself a tough challenge with that constraint, but the constant need to find in-character justifications for translation took me a bit out of the film at times.

Premise: A Khaki scout and a young girl run away from their unhappy homes to be together in the wilderness in this eccentric coming-of-age love story.

Most Wes Anderson Moment: The geometric panning shots during the opening and closing scenes with Suzy’s brothers listening to their record player.

Why It’s Great: “Moonrise Kingdom” explores young love in a quirky and fantastical way not often seen in Hollywood, and it isn’t corny at all. The acting performances of the two young stars sell the precocious dialogue, and the supporting characters like Edward Norton’s Scout Master Ward and Bruce Willis’s Police Captain Sharp round out the excellent cast of characters. To young Suzy and Sam, their love is the most important, earth-shaking event in their lives, and the way the story is told it feels that way to the audience, which is what movies are about.

Why It Wasn’t Higher: The third act does linger on a bit much for me. The tension throughout the first two-thirds of the movie is no longer present in the final sequences, but the story is wrapped up well in the end.

Premise: Three brothers (Owen Wilson, Adrien Brody and Jason Schwartzman) go to India on a spiritual journey following their father’s death a year earlier while dealing with their own personal issues.

Most Wes Anderson Moment: The final tableau of the brothers throwing their luggage to catch the next train that brings all of the themes of the film into one image.

Why It’s Great: The film’s portrayal of grief and brotherhood gets to the heart of human nature and the ways we sometimes get in our own way. Each brother completes a journey throughout the film that’s mirrored in small motifs related to each character, like Peter (Brody) and his father’s prescription sunglasses, which he holds onto despite them giving him a headache.

Why It Wasn’t Higher: There’s not much I can fault with the film, but it doesn’t reach the same Andersonian formal peak that the films above it do. Additionally, the plot’s resolution is a bit too neat for my taste, particularly when considered alongside most of Anderson’s other films, which tend to have more bittersweet endings.

Premise: A dysfunctional family centered on three former child prodigies have to cope with their estranged father returning home with a supposed terminal illness.

Most Wes Anderson Moment: Margot exiting a bus in slow motion over the guitars of “These Days” by Nico is perhaps the best cinematic representation of seeing someone you love that’s been gone for too long.

Why It’s Great: “The Royal Tenenbaums” has a large ensemble cast, yet each character has their definitive moments, and it feels like they are on screen for the perfect amount of time. The relationships between the characters have nuance and all change as the story goes along at the perfect pace. In that sense, “The Royal Tenenbaums” can be considered Anderson’s most well-written work, and it was nominated for an Oscar for Best Screenplay.

Why It Wasn’t Higher: This really comes down to personal preference, and that’s what makes Anderson’s work so fun to discuss. I imagine there are plenty of people who see their own family in the Tenenbaums, but for me it doesn’t resonate quite as much as the film in our top spot.

Premise: The film follows the concierge M. Gustave and his Lobby Boy apprentice, Zero Moustafa, in the 1930s Golden Age of the hotel. Then, a missing priceless painting leads to murder and mystery for our protagonists.

Most Wes Anderson Moment: The Society of the Crossed Keys sequence featuring cameos from nearly all of Anderson’s regular collaborators.

Why It’s Great: “The Grand Budapest Hotel” achieved more critical success than any other Anderson film, and for good reason. Zubrowka and the hotel act like Anderson’s perfect formal playground. The way he contrasts the chaotic happenings of the hotel with the long tracking shots formally matches the way Gustave controls such a wild atmosphere so well. So many sequences stand out in formal mastery, yet these sequences also carry so much energy and excitement for the story. The suspense of the sequence following Willem Dafoe’s sinister character make sure there’s never a dull moment. That combination of visual brilliance and heart-pounding story — to say nothing of the beautiful ending — is something that few directors can achieve. Here Anderson is his best, enough said.

This is vile and wrong

I know, right? Fantastic Mr. Fox is way too low!

Darjeeling is the worst and Rushmore should always be in the top five.