The Daily Nexus
Sports Blogs
Upset Alert? Breaking Down Possible Upsets in 2018 NBA Playoffs
April 14, 2018 at 1:30 am by Ryan Hykes 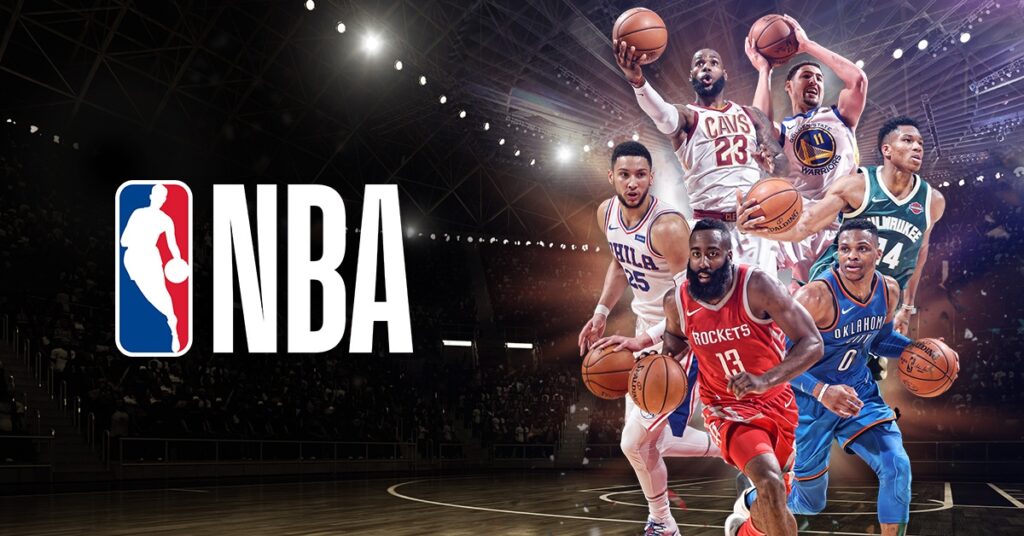 Every sports fan will tell you that the basketball Cinderella is a college phenomenon. The NBA’s grueling seven-game series almost always favor the higher seed who also have the benefit of home-court advantage.

In fact, the last time a team seeded 6th or lower won a playoff series was four seasons ago as the sixth-seeded 2014 Brooklyn Nets. Last season’s playoffs were characterized by utter domination by the Cavs and Warriors in their respective conferences, but that might not be the case this year.

The Warriors could not even reach 60 wins with their loaded roster and the fourth-seeded Cavs have the lowest seed of a Lebron-led team in 10 years. Don’t be surprised if there are no sweeps in the first round as even the 8th seeds in both conferences have stars like John Wall, Bradley Beal, Jimmy Butler, and Karl Anthony-Towns.

We are a bit overdue for a big playoff upset and the drama of this season could very well translate into many hard-fought series oozing with upset potential. Here are each conference’s best chances for a win by a 6th or lower seed in the first round.

The Celtics are an obvious candidate for upsets, due to injuries to stars Gordon Hayward and Kyrie Irving. Still, Terry Rozier has stepped up in the lead guard role. Boston’s young wings Jaylen Brown and Jayson Tatum have been playing great this entire season and Al Horford is the epitome of a veteran glue guy. Even if they do get upset, their regular season success has to bode well for their future, when they will hopefully get more than 60 combined games for their two stars.

The seed lucky enough to draw the injury-ravaged Celtics is Milwaukee. I think this actually bodes well for Boston considering what the matchup could’ve been. Milwaukee is the worst coached team in the entire playoffs even after firing Jason Kidd.

Interim coach Joe Prunty would have to lead his team to at least the Conference Finals is he wants to be installed as a permanent head coach. While Giannis Antetokounmpo will present a mismatch for the Celtics as the best player on the floor, Brad Stevens could present an equal mismatch in game planning and preparation against Joe Prunty.

There are two ways Milwaukee can win this series, Giannis goes to another level and put up playoff Lebron like numbers, overcoming Brad Stevens preparations to limit him. Or the Greek Freak’s supporting cast, arguably better than last year’s Bucks that put a scare into Toronto, steps their game up and gives the man some help. The first scenario seems more likely, but they might need to rely on their supporting cast if Brad Stevens’ gameplan works.

This will be a hard fought series and the Celtics are rightfully favored due to homecourt and having the best young coach in the NBA. But, I’ll take the Bucks in six. Al Horford, as great as he is, will not be able to guard Giannis by himself, forcing young guns Jaylen Brown and Jayson Tatum to step in. It works in Game 1, but Giannis finds a way to assert himself and wins the series before it gets back to Boston for Game 7.

Portland led by All-Star Point Guard Damian Lillard won 49 games this year to earn the 3 seed. New Orleans with their star Anthony Davis won 48. These teams aren’t so far off from each other. Portland’s legendary home court advantage should make sure the Moda Center is loud, but New Orleans has a fighting chance.

As good as Portland’s backcourt duo of Lillard and C.J. McCollum has been this year, Anthony Davis will be the best player on the court. He’s averaged 29.8 Points Per Game since the All-Star Break when he’s had to carry a heavier load following Demarcus Cousins’ Achilles injury.

Portland is strongly favored and they beat New Orleans when they didn’t have Cousins. But that was only one game. Not only has Davis stepped up since Cousins went down, but Jrue Holiday and the rest of the Pels have started to gel as the season came to a close. Holiday has been especially good.

He’s averaging 19 PPG, even more than his 2013 All-Star season as a Philadelphia 76er. He’s a solid defender and is shooting his best Field Goal percentage of his career at 49%. He will be the key to the series because if he can hold his own against McCollum then Davis has a chance to outduel Lillard.

This will be a high scoring series as New Orleans has a particularly porous defense despite Davis’ presence in the paint. Lillard will win a game by himself, but Davis could very well win 2 or 3 if he came put up some of the stellar performances he has down the stretch. We all want to see Davis is a meaningful pressure game. I think he delivers in the biggest way. Pelicans win this one in 7 as Davis wins an all-time duel against Lillard to overcome Portland’s home crowd.