During a town hall this Thursday, Associated Students President Hieu Le denied allegations that he mislead students when petitioning for his plan to renovate the University Center. 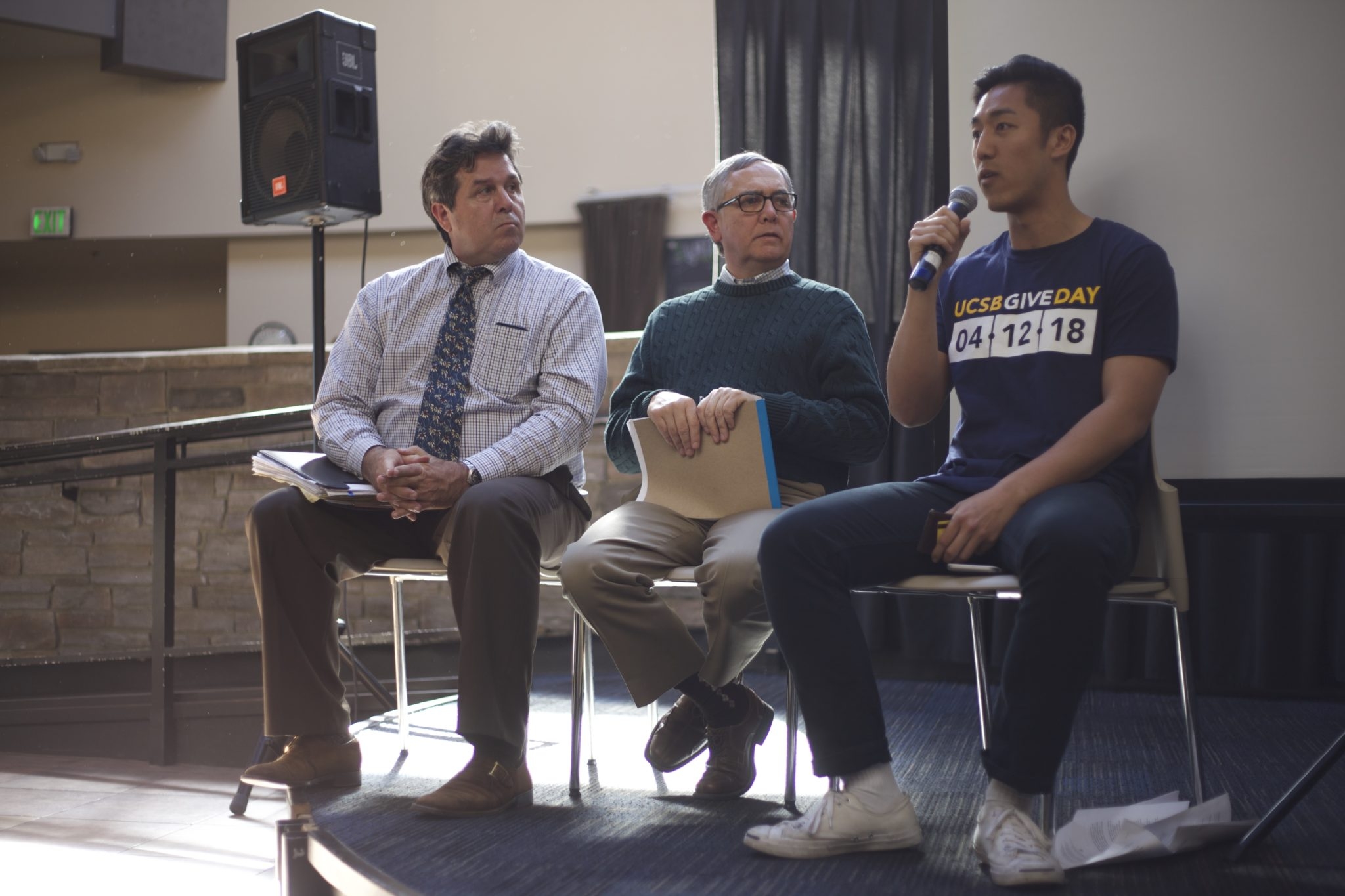 Several UC Santa Barbara students accused Le of using misleading petitioning methods in March while gathering signatures for the University Center (UCen) Project, including not informing students of the cost of the project and soliciting signatures from intoxicated students.

Le called the accusations “unsubstantiated” during the town hall and said they do “not have any truth behind [them] whatsoever.”

He said that any concerns were “referred onto elections code” and were then dismissed.

Le had previously refused to comment on whether he asked intoxicated students to sign a petition at a party after the Nexus obtained a video of him allegedly doing so.

The town hall featured a panel of individuals involved with the project, including architect Jean Gaff from Pfeiffer Architects and Mark Nocciolo, director of capital development at UCSB.

The panel discussed what the building would look like and ended with a question and answer session.

The panel also presented a three-dimensional model of what the new building would look like.

The “NewCen,” as Le has dubbed the project, would include an expansion into Corwin Pavilion and several “student-focused social spaces” that would make “it feel much more connected to the outdoors,” Gaff said.

“The whole idea is to activate this area so it’s all about the students [to] give it more of a feeling of this is where you want to be as a student,” she told the Nexus in an interview before the town hall.

During the town hall, Gaff explained that the concept is still in very early planning stages and that there has been no “formal report” on the environmental impacts the project would have.

“This is all high level to show you the types of spaces that could be accommodated, the breadth of what you could do in terms of renovations and expansions,” she said.

vote no on the newcen

Fuck this kid just trying to put shit on his resume. Fuck the UCEN renovation

yes, a new ucen will of course only benefit his resume… this whole thing of trying to do good things for other people and hoping for their best intentions — totally bogus, he’s totally doing it for his resume. maybe he should go to school or college or something just so he can put it on his resume

It’s mind boggling that students vehemently protest any tuition increases and go as far as chaining themselves together and road trip up to Oakland to protest, yet vote to increase their quarterly fees for nonsense like the UCEN renovation. Who even goes to the UCEN?