The Daily Nexus
Music
Vince Staples Ignites The Warm Up
April 12, 2018 at 2:23 pm by Kristina Valencia 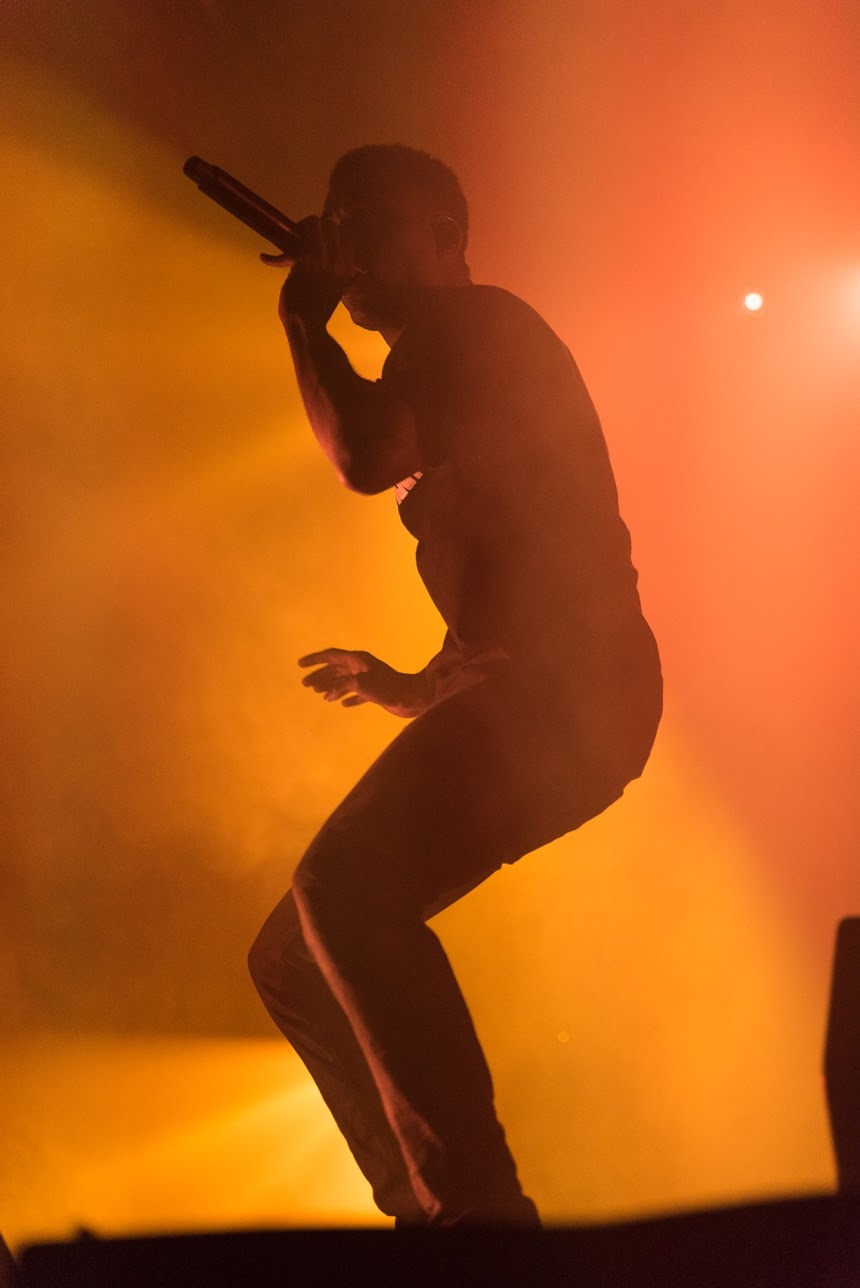 While Del Playa Drive may have been the center of interest during Deltopia weekend, the Thunderdome was the place to be last Saturday night. After a long day of dayging (not darty-ing), UCSB students were graced with the musical presence of Vince Staples and special guest Baauer for their sold-out Warm Up show, presented by A.S. Program Board.

As the doors opened at 8:30 p.m., hundreds of antsy students waiting in line burst through the entrance, clearly excited for an eventful performance. The room quickly began to fill with a combination of dedicated hip hop fans, as well as many people coming off their Deltopia high, creating a kind of sweaty, messy nightclub atmosphere —or at least what someone underage like myself would assume a nightclub is like. Outside of the venue, many students were lined up at the box office outside due to a ticketing error that prevented them from entering. Nevertheless, despite this unfortunate ticketing mistake, the general mood of the crowd felt happy and enthusiastic as they awaited the show that was to come (except for those who couldn’t get in — sorry).

Special guest Baauer opened the show with an electronic DJ set, similar to what you might see and hear in a rave or at an EDM festival. Made famous from his viral hit, “Harlem Shake,” Baauer has since added to his resume by winning EDM song of year at the Billboard Music Awards, making guest appearances on songs like “Talk Bout Me” by Major Lazer and remixing songs from popular artists in different music genres like No Doubt. Rather than choosing to accept his 15 minutes of fame from the internet success of the “Harlem Shake,” Baauer continues to make music and DJ for people all around the world out of the love for music, which is something to be admired.

As Baauer came out on the stage, the rapid and colorful lighting kept his face hidden in silhouette as drunk teens and 20-year-olds in every direction went ballistic. While it was unclear how the DJ himself felt about the crowd due to the strategic lighting, it was apparent that the people in the sea of clout goggles, space buns and Vans were having the time of their lives. Soon enough, however, Baauer left the stage and UCSB students were once again left waiting anxiously for another performer to come take their minds off the feeling of claustrophobia that comes with being an active concertgoer. 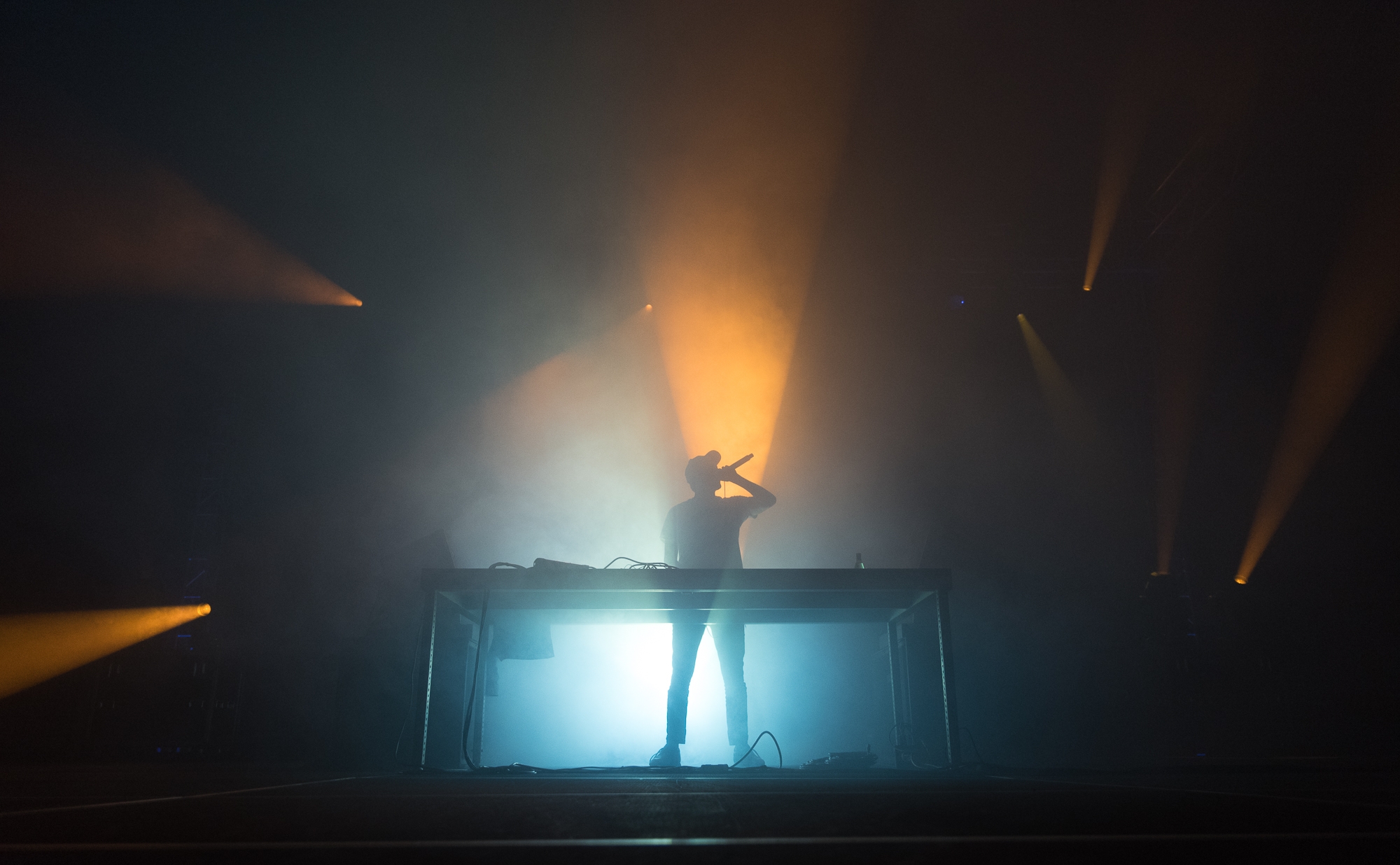 Fresh off his most recent release, Big Fish Theory, in 2017, Vince Staples has been touring the country performing for fellow rap and hip hop enthusiasts alike. Unlike his debut studio album, Summertime ’06, this second endeavor probes the difficulty of trying to grasp and understand the phenomenon of sudden fame, accompanied with strong electronic and dance influences. As someone who’s grown up in southern California, Staples stays close to his West Coast roots in his quick rapping style and mesmerizing beats which are present in both albums.

In addition to being a talented rapper, Staples also has a rather philanthropic side as he himself grew up in unfavorable economic circumstances. Concerned with the growing glamorization of dangerous gang lifestyles, Vince Staples is an active member of his community YMCA in North Long Beach where he encourages the youth to try their hand at creative hobbies such as graphic design, music production and filmmaking.

As the Thunderdome stage went black and a single golden light emerged, the figure of Vince Staples was revealed as he dove straight into his performance and the crowd turned into one jumping entity. However, it wasn’t until he started performing his newest hit “Big Fish” that people really began to let go and engage with the music; the initial ticking of the song was enough to get everyone’s arms thrown in the air, ready to shout the lyrics. This was a sight that could’ve been seen throughout the entire venue, as devoted Vince Staples fans were located in front of the stage, on top of the bleachers, and even dancing in the very back behind all the main commotion.

The dramatic (and potentially seizure-inducing) lighting dared the audience to treat the show as if it were a true festival. During the performance of popular songs like “Norf Norf” and “Get The Fuck Off My Dick” for example, students were desperately trying to simultaneously keep rhythm with the music and the changing lights, creating a hype that invoked everyone inside the Thunderdome to join in and enjoy the fun.

Rap may not be everyone’s cup of tea, but either way, there’s no denying that Vince Staples has great talent and a good heart. Though his music career is fairly young, he’s already collaborated with several other musicians who have appeared at UCSB, like Billie Eilish, won impressive awards like Best Impact Track from the BET Hip Hop Awards, and has potential for so much more. In a world of fake musicians with nothing but dollar signs in mind, the Thunderdome was able to host one of the few that fall outside of this category. 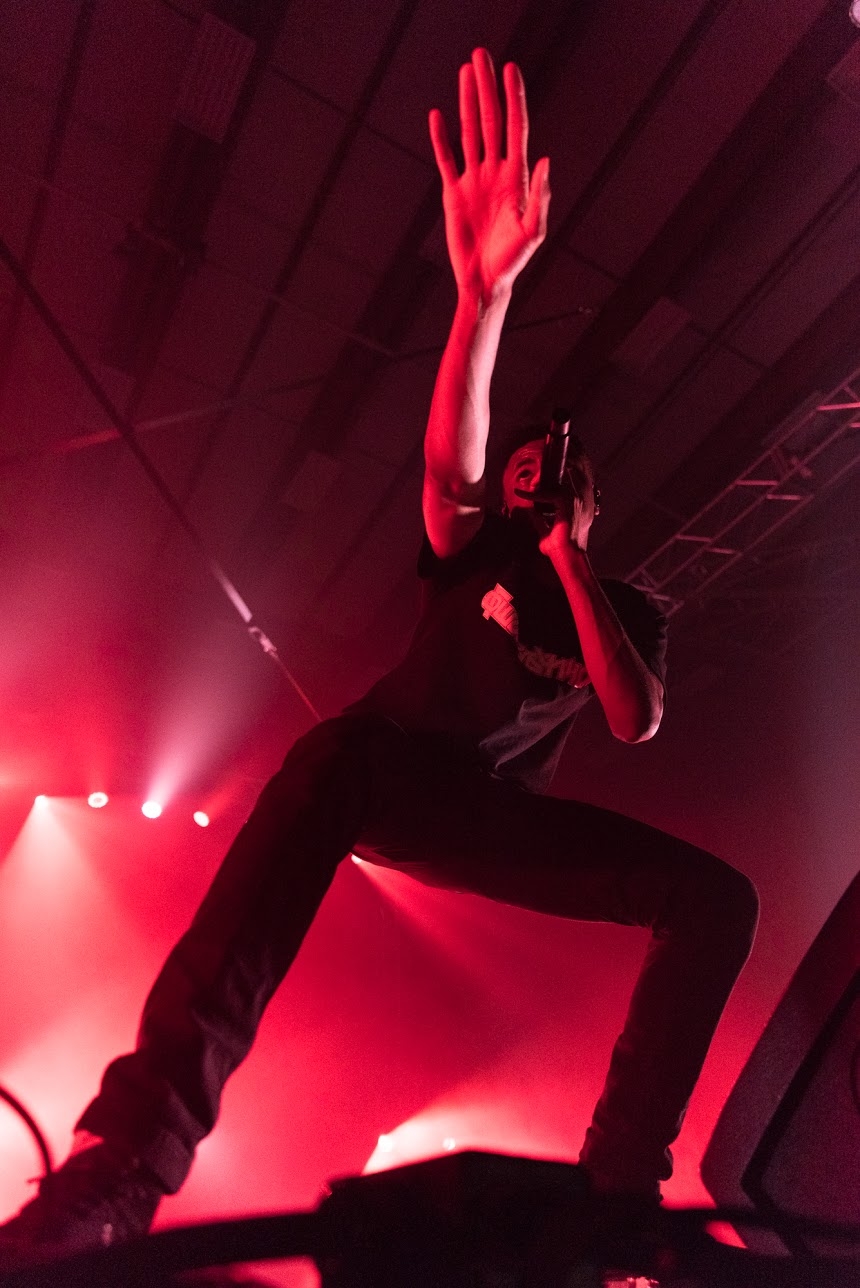