The Daily Nexus
Volleyball
No. 11 Gauchos Look To Gain Momentum as Season Ends
April 12, 2018 at 5:08 am by Richard Benites 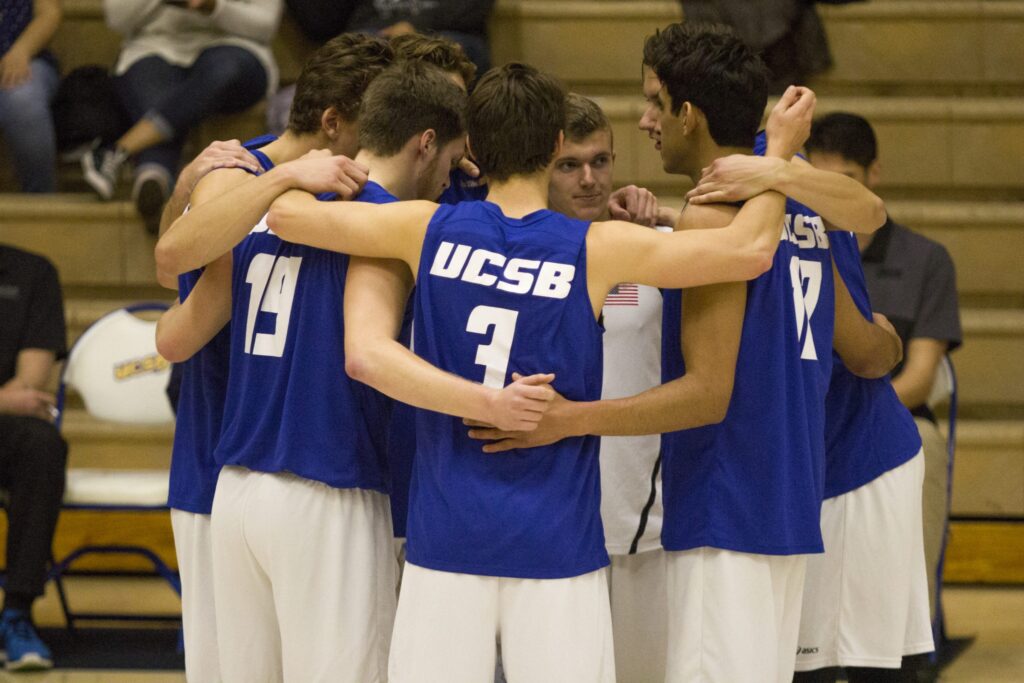 The regular season campaign for men’s volleyball is now nearing an end. However, the postseason is just on the horizon as the Gauchos will look to finish off their conference calendar with a bang.

A pair of back-to-back wins this week might also be just enough for UCSB to find themselves in either a two-team tie for third or three-team tie for second place in the conference, all depending on how the University of Hawai’i vs. Long Beach State games go.

As far as national rankings go, UCSB dropped only one spot, formerly No. 11, following their back-to-back pair of defeats against No. 1 Long Beach State.

UC Irvine still remains in third place since the last few poll updates as they continue to chase UCLA in ranking points with hopes that they will soon surpass them.

An above .500 winning percentage record will be on the line for the Gauchos as they currently find themselves at 10-11 on the season and 3-5 in terms of conference play.

A bit of a drought has been observed as a stellar start to the year has been halted by a streak of losses; the team fell twice in last week’s encounter with Hawai’i and have only earned one total victory in their last seven games. UCSB also holds a fairly even overall when at home (6-5) or on the road (4-6).

As for the visitors, UC Irvine has shown their elite status as a top three in the nation program, both on the court and on paper.

The Anteaters boast a 19-7 overall on the season; that’s a .731 winning percentage. In conference UCI currently stands in third place.

The team, however, has broken at .500 in their last two regular season/conference opponents of LBSU and CSUN; on the road they are 8-3 and are 8-4 whilst at home.

Historically speaking, the Gauchos have a slight advantage over the Anteaters as their all-time series records places them at 46-30. This is the first time this year these two teams have encountered each other.

Last time out, during the previous season, UC Irvine bested UC Santa Barbara in back to back games, both by a 3-2 margin.

The Gauchos will have a lot riding on the line in this week’s matchups as they’ll look to close out the regular season on a high note and prove to the Anteaters who is still in charge.
Both sides will showcase players who are amongst the best in their conference.

Some individual leaders include UCSB’s sophomore opposite Keenan Sanders who is fifth in kills per set at 3.69, and UCI’s junior opposite Karl Apfelbach who places fourth overall at 3.79. Apfelbach is also first in total number of kills in the Big West with a whopping 375 total amount on the year.

On the defensive end, UCI’s seven-foot-tall sophomore middle Scott Stadick leads the league in blocks per set at 1.31. Meanwhile, UCSB’s junior middle Connor Drake is fifth in the same category with a near 1.03 count of his own.

This week’s play will begin with UCSB hosting UCI at home on Thursday, April 12.

They’ll then head southbound to visit Irvine on Saturday, April 14. Both games are slated to commence at 7 p.m. sharp.

The first inaugural Big West Tournament is also set to occur the following week once seeding and scheduling is completed after this last week of conference play.