The Daily Nexus
News
‘NewCen’ To Create Innovation Lab, Pedestrian Path
April 12, 2018 at 12:05 am by Evelyn Spence and Shomik Mukherjee

The University Center Renovation Project would include several previously unannounced elements, including drastic expansion into Corwin Pavilion and new collaborative areas, according to a projected 3D model of the building obtained by the Nexus. 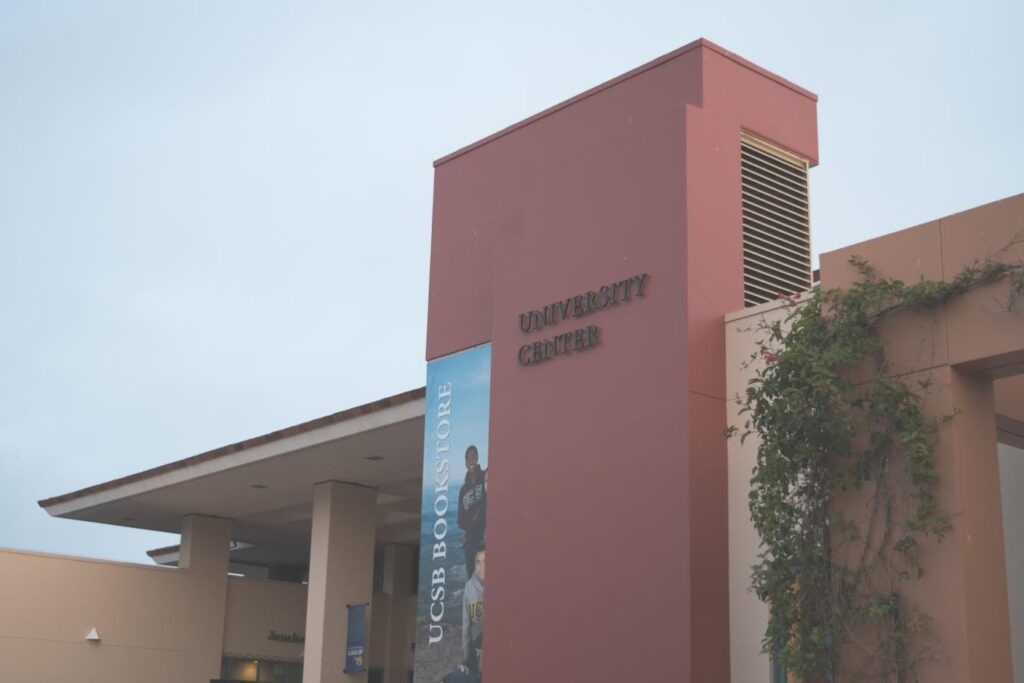 The UCen renovation project will include an innovation lab, a demonstration kitchen, a Wellness Center and an A.S. Bike shop. The total cost of the project and sources of funding are still undetermined. Irene Chen / Daily Nexus

“I think this project is transformational in its scope,” said Mark Nocciolo, director of capital development at UC Santa Barbara. Nocciolo has overseen early renovation plans and worked with the architect and Associated Students (A.S.) to help visualize the project.

“The intent is to try to redefine the University Center to be less like a mall and more like a student union. Anybody who has been to any Division 1 campus would recognize that there’s usually a university center that’s more student-oriented than ours is,” he explained.

The model was developed by Nocciolo and Jean Gaff, managing principal of Pfeiffer Architects.

The plans radically change and “revitalize” the University Center (UCen) into a “NewCen,” according to A.S. President Hieu Le.

The renovated UCen would include a new “innovation lab” where students could collaborate on projects, a “demonstration kitchen” in which chefs would offer cooking lessons and connectivity kiosks, in which students tabling for their organizations would have a space to set up shop.

These features are in addition to elements previously described on the project’s ballot measure, such as expanded space for the A.S. Food Bank, Campus Learning and Assistive Services (CLAS) and Counseling and Psychological Services (C.A.P.S.).

The 3D model additionally projects an expanded Wellness Center, which currently exists inside Student Health. As previously reported, the building would also include a migrated A.S. Bike Shop.

The project would also include a new “pedestrian zone” adjacent to the building, which would allow more space for people walking through on campus tours.

Several areas of the current UCen, such as the bookstore, Starbucks and some of the food areas, will remain in business throughout construction, Le said.

Since the project was first proposed, students have disputed how much it would actually cost, while information about the state of the current UCen and Le’s petitioning methods have been controversial topics across the UCSB campus.

Funding for the project will come from a combination of alumni donations, student fees and the university itself, according to Le.

“At this current state we don’t know [exactly how much people will pay] because there are a lot of factors, such as donations,” he said.

This is the third time an A.S. president has created a UCen renovation plan. During the 2013-14 school year, then-President Jonathan Abboud developed a similar plan that would have expanded space in the UCen to allocate more space to campus services. The plan failed on the spring ballot.

Another failed UCen renovation, proposed in 2011, would have expanded third-floor study space. In 2012, then-President Harrison Weber created a plan for an entirely new building, a Student Engagement Center. Students voted down the fee initiative in the spring election.

While the organization of different spaces has varied in the different UCen plans, the concept has remained fairly consistent, Nocciolo said.

He noted that the latest renovation project differs from the previous ones because it addresses infrastructural problems that are reportedly plaguing the facility.

Students will vote on this project in April 23-26. If it passes, planning likely will begin immediately, according to Le.

Don’t remodel it. Just throw it away and start fresh, if you want all these extra, extravagant things.

$100 per student per quarter for 34 years? This is completely irresponsible and that student money could easily be put to much better use!