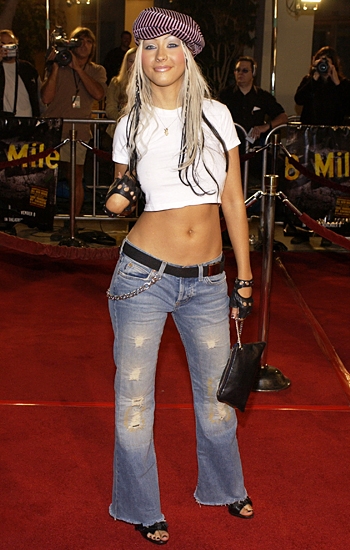 In what has become one of the most controversial statements to be made on campus this week, UCSB third-year art major Krista Evert has come forward with the inconceivable, proclaiming that she actually loves wearing her low-rise bootcut jeans.

Not only does she like them, but Evert went on to say that she in fact feels “great” in them, claiming that they’re a real confidence booster. It would seem as though, unlike every woman to ever live anywhere, Evert’s low-rise jeans have allegedly never given her a whale’s tail and have never once encouraged her body to merge into the traditional “muffin top” so commonly seen on women dawning the look.

Readers will remember low rise jeans as the “it-jean” of the early 2000s.  After making many an appearance on stars like Lindsay Lohan and Jennifer Aniston, they faded into the quiet oblivion of fashion’s past, where they were thought to lay in peace with other relics, like the layered tank top and the necktie belt.

However, against the odds, Evert has found the confidence to revive them (probably because she’s super pretty and can do stuff like that).

“I don’t know why more people don’t wear them! They look great, and they’re super comfortable!” claimed Evert, despite almost unanimous pushback. Time will tell if her newfound confidence will prompt other women on campus to take their own low-rise relics out from the bottom of their dresser drawers to wear them for the first time since our collective middle and high school peaks.

Though prompted, Evert refuses to acknowledge that she has the waist for them (which she does). It should also be noted that Evert never wears a bra and her tits still look fantastic, and she never gets bloated, even when eating Mexican food. Good for her, I guess.

Emma Demorest is a first-year writing and literature major who’s waiting for croc jibbitz to make their comeback.