The Daily Nexus
Track and Field
UCSB Hopes to Dominate Big West Challenge Cup
April 5, 2018 at 5:13 am by Patrick Hunter 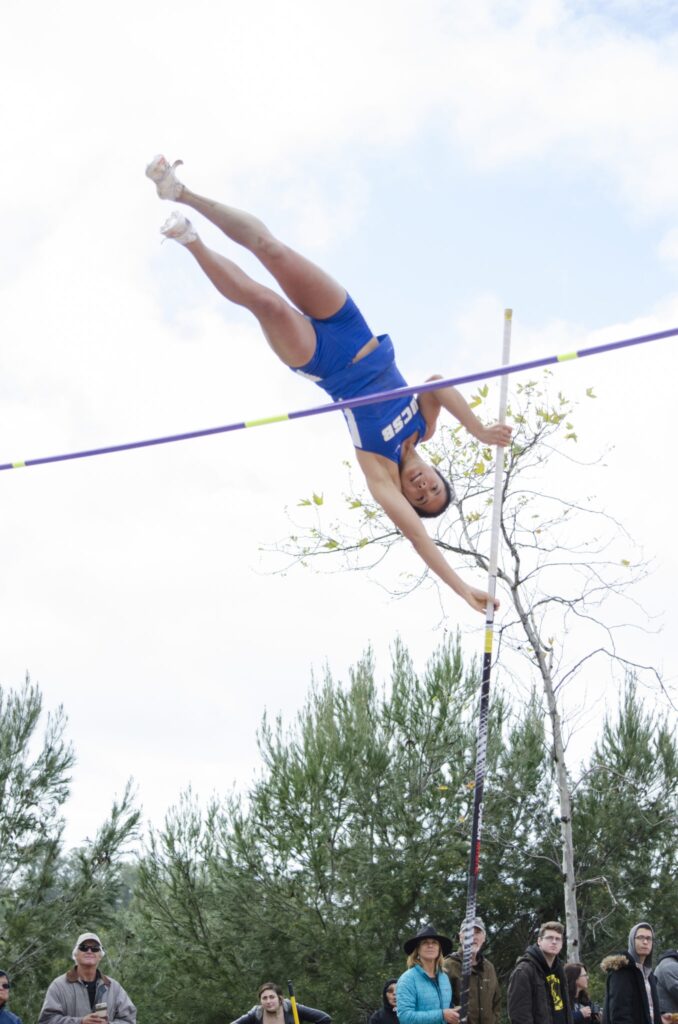 The UCSB track & field team will turn its attention to one of the most exciting meets of the season as it participates in the Big West Challenge Cup this upcoming Friday.

The Gauchos will face off against meet-host UC Irvine as well as Cal State Fullerton and Long Beach State, where the women’s team will look to repeat as champions, while the men’s side will try to improve on their third-place finish from a year ago.

Last weekend, the team sent representatives to both the UCLA Legends and Stanford Invitationals.

Several Gauchos posted personal records and season bests but perhaps none were more impressive than senior Patrick Bourke’s mile run, which etched him in at No. 10 in the all-time UCSB record books.

After their strongest showing of the season to date, the Gauchos have the necessary momentum to continue their good stretch and make a splash against some fellow Big West competitors.

Despite losing several key contributors from last season’s championship effort, the UCSB women’s team still has plenty of strong pieces to help them defend their crown.

Junior hurdler Hope Bender has emerged as a budding star in both the 100m and 400m hurdles this season, while senior long jumper Kiely Gode will hope to improve on her season best jump of 20’ 2 1/2 ”, a mark that ranks comfortably within the top-20 in the nation this season.

Senior Kayla Thayer will make an impact in the throwing field, as one of her recent discus attempts fell a mere 3/4’’ short of reaching the all-time records.

However, no athlete will be more important for the Gauchos than standout senior Jenna Hinkle, whose dominant season has seen her go undefeated against conference foes.

After taking first place in the 800m race at the same meet last season, she will try and continue her unblemished record against all challengers from three tough Big West opponents.

Meanwhile, the men’s team will hope to improve on last year’s third-place finish.

This year’s squad is led by several returning upperclassmen who have impressed all season long.

Leading the way for the track team is senior sprinter Sike Azu-Irondi, who has set blazing personal bests for himself all season in the 200m and barely missed beating his own school record for the 100m dash, finishing .02 seconds off the time with a 10.57 time.

Junior Callan Cochran has also put together a great season, picking up a couple wins and top-10 finishes in the 100m dash himself. Bourke will hope to build off his historic performance and illustrious career in his final season as a Gaucho.

The track group is rounded out by several distance runners, including redshirt sophomores Austin Lay and Josh Paradise, who placed first and second respectively in the steeplechase at the same meet last year, and rising sophomore Isaiah Lozano.

The group competing on the field will be a key component to the Gauchos’ movement up the standings this year.

Anchoring the field squad is senior discus hurler Kordell Hampton, who has rolled over the competition all season. His mark of 184’ 11” at the Aztec Invite two weeks ago topped his own all-time school record, giving him the two top marks in Gaucho history.

Joining him will be senior javelin thrower Chris Ross, whose best meet last year was at the Challenge Cup, and freshman Chase Tarr. The two have thrown for personal bests already this season and hope to continue their positive trend and development.

While all of the athletes will hope to make an impact to help bring home first place, look for senior standouts Hinkle, Azu-Irondi and Hampton to leave their marks on the meet and their respective events.

The meet will begin at 2 p.m. on Friday, April 6, at Anteater Stadium at UC Irvine. It will be a one-day meet for all teams involved.