The Daily Nexus
Tennis
UCSB Aims to Carry Recent Momentum Into Big West Play
April 5, 2018 at 5:02 am by Brandon Victor 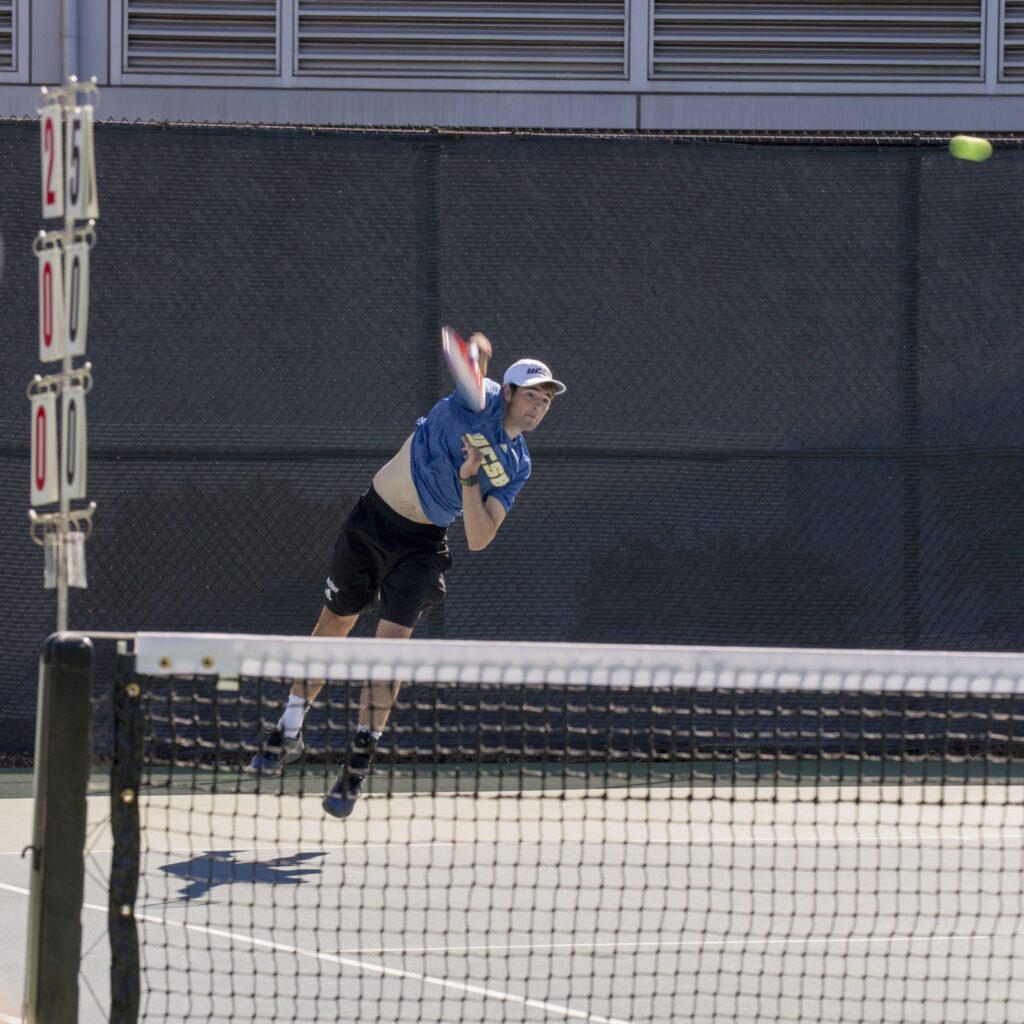 After two straight wins, including a road win over then No. 49 Washington, the UCSB men’s tennis team will look to keep its momentum this weekend when it opens conference play by taking on Hawaii and UC Irvine at home.

In total, the Gauchos have won four of their last five matches, including their first road win of the season against the Huskies, bringing their overall record to 10-6.Santa Barbara hopes this game represents a turning point in its season after dropping its first five road matches this year.

Sophomore Joseph Guillin finally had his 12-match winning streak in singles broken against Washington, although he did so operating out of the number one position for the Gauchos.
In his last match against Denver, after returning to his newfound home at the two slot, Guillin once again picked up a victory, continuing his remarkable season with a 14-2 singles record in his first year as a Gaucho.

Additionally, after struggling to pick up the doubles point in the beginning of the season, the ’Chos have won that point in six of their last eight matches — a good sign heading into conference play, where UCSB will look to win the Big West conference for the fourth consecutive year.

On paper, Santa Barbara will be able to ease into conference play, opening its slate against a Hawaii team that has struggled en route to a 2-11 overall record.

The Rainbow Warriors have also accumulated losses against teams that UCSB easily handled, losing convincingly earlier this year to both Pacific and USF.

But with sports — particularly with conference play — comes unpredictability, as Hawaii proved when it notched a conference victory last week against UC Davis to give them a 1-0 conference record.

The Rainbow Warriors’ only other victory this year came against Sacramento State, which they easily handled with a 6-1 win.

Despite this, they have struggled to put together complete matches throughout the entire season.

After that, UCSB will take on UC Irvine, who looks poised to be a contender for the Big West title.

Despite starting the season 1-5, the Anteaters finished their non conference schedule with a 12-8 record before dropping their Big West opener against a red hot Cal Poly team at home.

Similarly to UCSB, Irvine tends to struggle on the road where it stands just 1-6 in true road games this season. Coupled with Santa Barbara’s unbeaten record at home, UCSB would seem to have the upper hand in the matchup.

The Anteaters are led by sophomore Luis Lopez, who has accumulated an 11-4 record operating out of the No. 1 spot.

In addition, sophomore Daniel Gealer, a transfer from UCLA, has been on fire as of late, winning seven of their last eight matches.

When Gealer and Lopez combine for doubles play, they have an overall 8-6 record on the season and could push the dominant duo of Juniors Anders Holm and Nicholas Moreno De Alboran on court one.

Outside of those two, however, Irvine has struggled in doubles play, barely holding a winning record on the season.

They may need to win the doubles point on Sunday in order to eliminate the added momentum the Gauchos will have from their home crowd.

Thus far, UCSB has had a turbulent season, playing well for the most part but struggling on the road and in close matches.

With conference play, they now have a chance to start fresh, to build on their successes and failures from the early parts of the season.

Most importantly, they now have a chance to leave a lasting legacy by winning their fourth straight title.

The Gauchos will take on Hawaii on Friday at 1:30 p.m. at the Rec Cen courts, and will take those same courts once again for their match against Irvine on Sunday at noon.