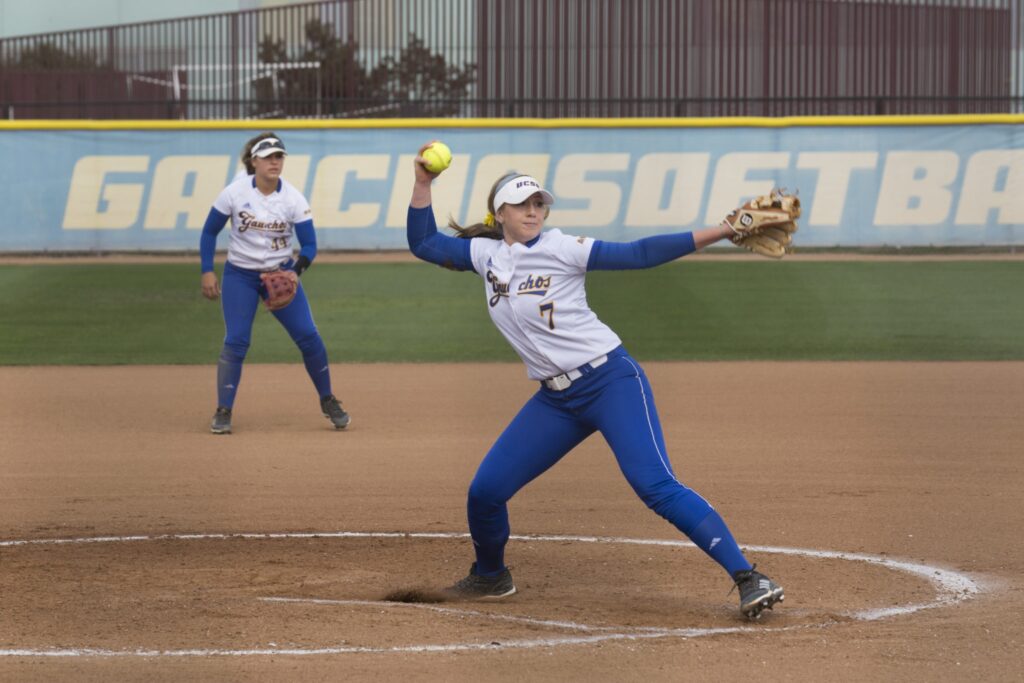 The Gauchos’ rocky debut in the Big West conference left them with a 0-3 record in conference play and an overall record of 13-23. They now run a five-game losing streak.

The Aggies, on the other hand, competitively counter UCSB’s records with two wins and a loss in Big West and a hefty 20-12 overall record.

With three out of its five most recent losses being by eight or more runs, UCSB must look to minimize UCD’s run count.

Davis is coming off of two high-scoring wins against fellow Big West competitor CSUN in which it accumulated a total of 23 hits.

Though comparatively Santa Barbara totaled a close 18 hits in its latest series, they simultaneously allowed 28 hits from the opposing team while UC Davis allowed just 13.

It is here that the Gauchos will look to their bullpen. So far, the five-person pitching lineup has racked up a 4.74 ERA on the season.

Freshman Emily Schuttish unfortunately bears the brunt of the lofty 8.00 ERA the women have accumulated in the Big West Conference, as she has pitched eight innings, the most of all the pitchers, in the past three games.

Regardless of which combination of pitchers Coach Galicinao chooses to challenge Davis with, consistency and a strong defensive game both on the mound and in the field are imperative.

When it comes to Gaucho hitting, however, the team has proven to be a much stronger force.

They currently boast a .273 team batting average and an impressive .390 slugging percentage.

Both of these cumulative numbers outweigh UC Davis, whose corresponding stats fall at .264 and .341.

Alyssa Diaz, an infielder for Santa Barbara, will hopefully continue to be a pivotal player in the upcoming games.

In addition to holding the second-highest batting average on the team so far, the sophomore’s stellar performance at the plate in Big West has her at four hits and a consequent .500 batting average in conference games.

The Aggies’ freshman Alyse Rojas had a similar Big West debut with five hits, one of them being a home run. The utility player sports a .625 in-conference average.

Though just a rookie, Rojas has proven to be a dominant offensive leader of the team as she boasts 43 hits and a stunning .410 batting average.

Defensively, so far only freshman Brooke Yanez and sophomore Katie Kibby, both of whom have winning records and ERAs under 2.5, have seen the mound in conference play for Davis.

Yanez has been a crucial aspect to the defensive stability of her team, congruent to her teammate Rojas’s contributions to the Aggies’ offensive game.

In her 17 appearances, she has totaled a whopping 141 strikeouts, outnumbering all five Gaucho pitchers combined.

The Gauchos’ offensive downfalls fortunately are not typically tied to excessive strikeouts, but rather to a lack of execution in run-scoring.

It is therefore imperative they capitalize on their above-average on-base percentage, which holds strong at .333.

Ideally, if all aspects of its game fall into place, this three-game series will boost Santa Barbara’s suffering record.

At the very least it will act as a much-needed driving force that pushes them toward future success in the Big West conference.

UCSB is away once again, playing on UC Davis territory this weekend at La Rue Field. The teams face each other in a double header on Saturday beginning at noon. The battle will conclude on Sunday at noon as well.