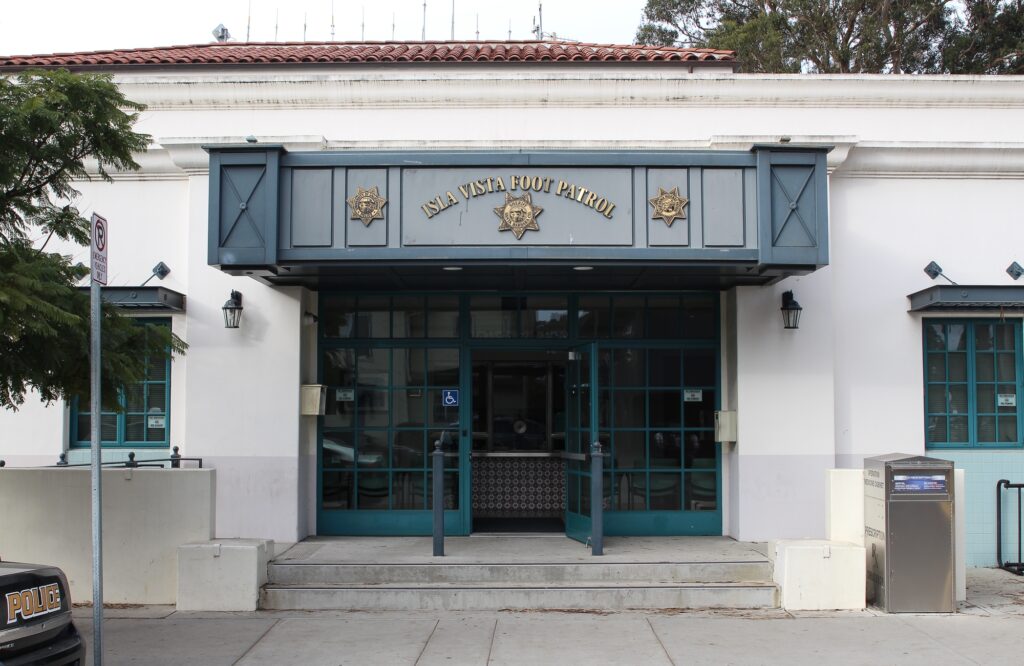 An 18-year-old Isla Vista resident was arrested in Estero Park Monday night for “obstructing a peace officer,” according to the Santa Barbara County Sheriff’s Office.

Deputies observed several people arguing in Estero Park at approximately 7:45 p.m. on Monday and attempted to detain the group, concerned that the argument “could turn into a fight,” SBSO spokesperson Kelly Hoover said in an email.

Officers detained Marco Antonio Mendoza after he “attempted to incite” the group to avoid arrest, Hoover said in the email.

Mendoza initially walked away while deputies attempted to detain the other individuals. Deputies then “observed that [Mendoza] had a knife in his back pocket,” Hoover said.

According to Hoover, Mendoza was “argumentative and uncooperative.” He returned to the group and “despite orders that he was being detained, he ignored deputies and attempted to incite the other subjects to walk away and leave,” Hoover said in an email.

Mendoza “delayed the investigation,” which resulted in additional police units arriving on the scene to safely detain the subjects, Hoover said.

He was booked at the Santa Barbara Jail at approximately 9:56 p.m. on a $2,500 bail, according to arrest logs.

There is no student by the name of Marco Mendoza in UC Santa Barbara’s student directory.

Mendoza is not currently a student at Santa Barbara City College and has never registered for classes there, according to SBCC spokesperson Luz Reyes-Martin.

None of us were there, but he might have just been trying to prevent his friends from unnecessarily submitting to the police.