The Daily Nexus
Sports
Streaking Gauchos Travel to Pepperdine in Hopes of Sustaining Mid-Season Success
March 26, 2018 at 12:38 am by Jorge Mercado 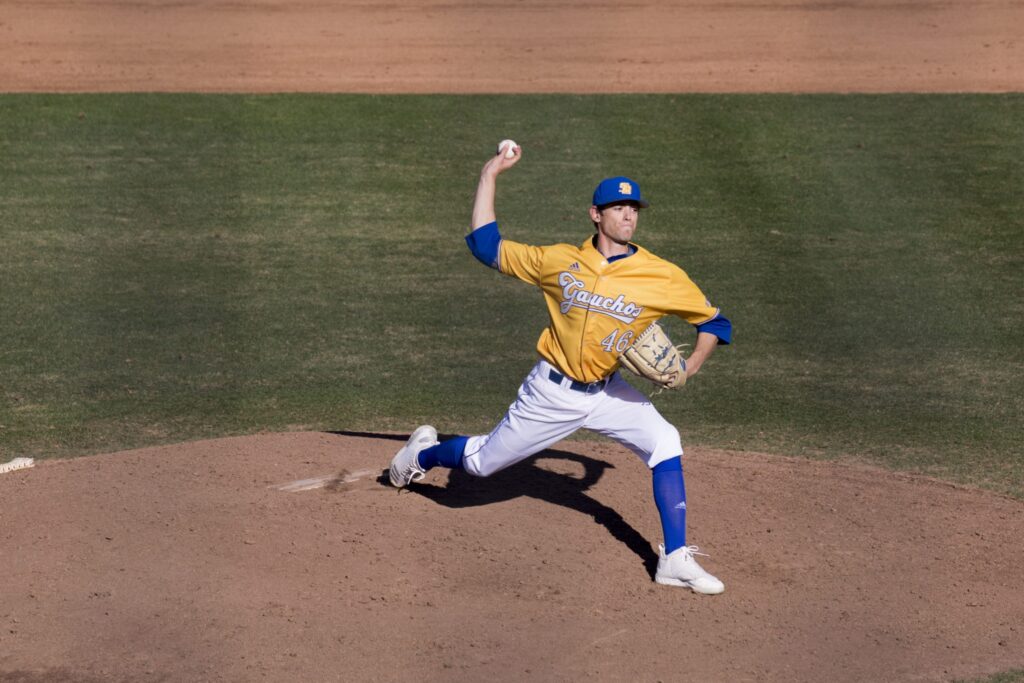 Following its first successful sweep of the season, the UCSB baseball team heads on the road for a quick match against the University of Pepperdine where it hopes to pick up its first road win of the season.

Winners of four of their last five matches, the Gauchos are currently 9-11-1 overall on the season. The match against Pepperdine will be Santa Barbara’s final before it begins conference play.

For what feels like the first time this season, UCSB has some real momentum heading into a road match.

Being 0-5 on the road so far this season, a win against Pepperdine would be huge for Santa Barbara before it hosts Big West best Cal State Fullerton this weekend beginning Thursday.

Having played ranked teams in SDSU and Mississippi St. as well as teams with excellent win-loss records such as Fresno St. and Texas St., the Gauchos’ road so far this year has been among the toughest in the country, with a combined .531 winning percentage that ranks in the top-100 nationally.

However, things may lighten up the rest of the way, as the Gauchos’ future opponents have just a .461 winning percentage.

In their most recent series, the Gauchos managed to rake the ball all over Caesar Uyesaka Stadium. Against San Jose State, UCSB scored eight runs per game batting .265.

Center fielder Tommy Jew played a huge factor in the Gauchos big weekend. Jew went 5-9 on the weekend with six RBI’s. In the month of March, the sophomore has tallied 13 RBI’s.

As for Pepperdine, junior Jordan Qsar had a day that won’t soon be forgotten – and it happened in a four-inning span during the Waves’ comeback 11-7 victory over New Mexico on Tuesday, March 13 in Malibu.

Trailing 7-0, Qsar blasted a three-run home run to cut the Lobo lead to four. Qsar again stepped up to the plate in the bottom of the eighth with the game tied 7-7 with the bases loaded and blasted the first pitch he saw for a grand slam to give the Waves an 11-7 lead.

The El Cajon, Calif., native then pitched a scoreless ninth inning to secure the win – capping an impressive day that saw him set career highs for home runs (two) and RBI (seven).

UCSB takes on Pepperdine at 3 p.m. on March 27th at Pepperdine baseball field.