The Daily Nexus
Nexustentialism
It's satire, stupid.
Students Graduate 1 Quarter Early, No One Cares
March 13, 2018 at 10:30 am by Erin Lubitz 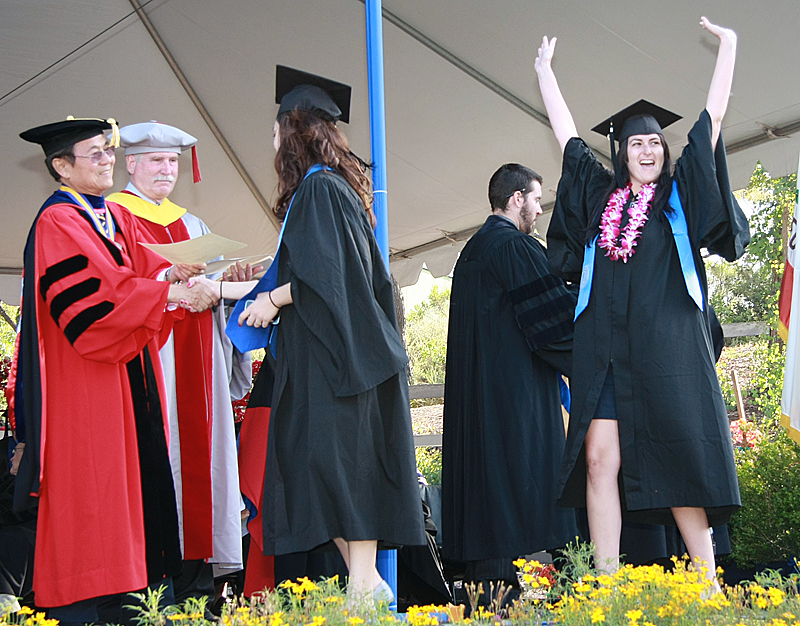 Multiple students have reported they are graduating a full quarter early, and this has been met with the absence of opposition or excitement of their fellow classmates who “don’t care” about this news at all.

Fourth-year political science and environmental studies double major Benjamin Lou expressed his excitement about graduating early with both a double major and still having time to go abroad. His roommates, however, did not share his same emotions. In fact, they didn’t have any thoughts on it at all.

“Whenever I mention to them how it was weird to not sign up for classes and not knowing when pass times were, they just shoot me a blank stare, sometimes respond with ‘yeah,’ and then continue on with their day,” Lou said.

The same goes for fourth-year sociology major Katie Jenkins, who switched her major three times and was also able to graduate with a quarter to spare.

“My friends are mostly bio majors and could only take a limited number of units without dying, which is why they’re graduating just on time,” she said.

Jenkins’ and Lou’s friends and roommates were asked to comment on these recent reports. Most of those questioned did not have a response, and those that did offered almost no opinion at all.

“I mean, it’s just a quarter. It’s not good or bad. Just what they did,” said one of Jenkins’ friends who graduates in spring. Jenkins and her friends will all be walking in June with the regular commencement, as there is no commencement for winter graduates.

Most of the polled early graduates are unsure about their plans for next quarter, other than “just hanging out.” Some expressed interest in picking up a part-time internship. Others mentioned potentially signing up for an exercise class in Goleta since their ID cards will no longer work in the Rec Cen. When asked if they would be interested in auditing a course of interest on the UCSB campus, the answer was overwhelmingly “no.”

Erin Lubitz is graduating a quarter early. She is aware that no one cares.