The Daily Nexus
Volleyball
Gauchos Extend Win Streak to Four With 3-0 Sweep of Fort Wayne
March 10, 2018 at 10:05 am by Richard Benites 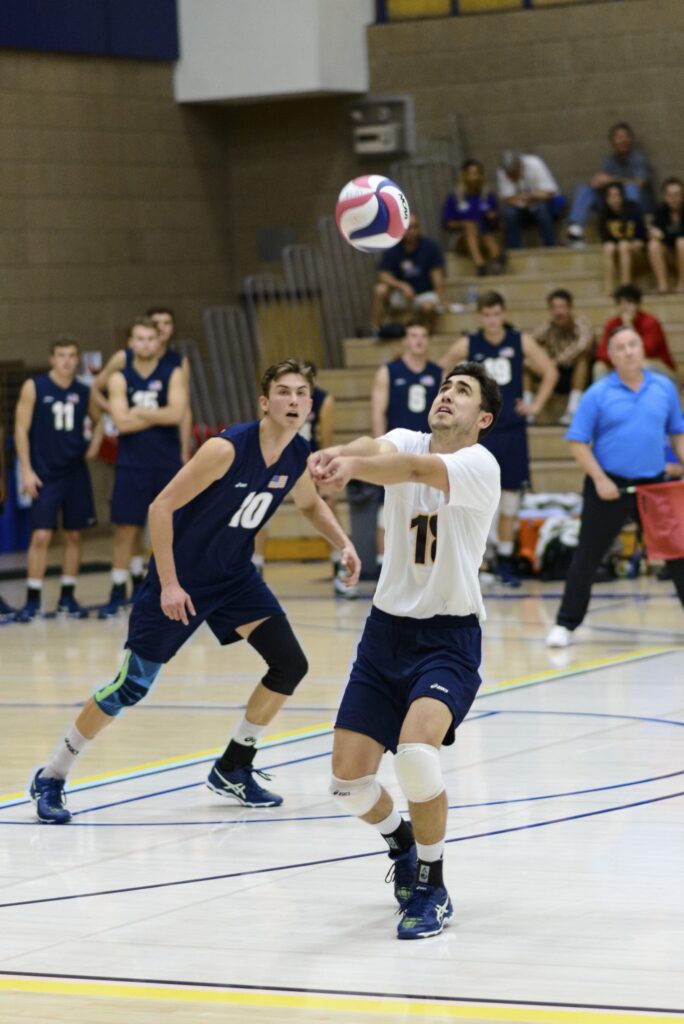 It was yet another fine showing by the UCSB men’s volleyball team as it hosted Fort Wayne at home this Friday. The in-form squad came to play right from the very first whistle as it bested the visiting Mastodons by a clean sweep, 3-0.

With the victory, Santa Barbara has now won four-straight matches with the last two being shutouts and pushes its overall record to an impressive 8-5 mark. The loss dropped Fort Wayne to 14-4 overall on the season.

Hopes were high that the Gauchos would be able to continue their winning ways through this week, but the mindset was still as focused as ever considering the match-ups at hand.

“[Fort Wayne] just beat UC Irvine, who is No. 3 in the country, so they’re going to be good. They’re always a well coached team, and always do a great job,” Head coach Rick McLaughlin said. “They play fast, really a few fast sets to the pins and we just cannot get caught sleeping.”

As expected, the first set got off to a quick and intense start. Luckily, the Gauchos were able to match this pace of play and keep the score line tight throughout the majority of play.

Then, in about almost an hour into play, the game remained level at 25-25 with Fort Wayne in charge of possession. A service error on the Mastodons behalf set up UCSB to then take it all on the final rally, as the final deciding point was earned off clutch blocks by sophomore outside hitter Roy McFarland and junior middle blocker Connor Drake.

Up 1-0, the always vital second set became the closest one of the night as each team passed the 30-point mark. It was once again even all around as several lead changes were experienced and the biggest point difference through it all was only three.

UCSB’s sophomore middle blocker Keenan Sanders had six kills in this set alone. In the end, it would be McFarland once more and his pair of set ending kills that would earn UCSB the 33-31 victory in the second.

The third and final set went away from the earlier norm as it turned one-sided very quickly. The Gauchos would run away with this one early on as a 7-0 sprint following the start would keep them at a cozy lead throughout the rest of the set. 25-13 was the final score on the lasr set as UCSB posted yet another clean sweep and extended its winning streak to currently four games.

“The goal for us is to serve tough, and get their pass off the net so they can’t run the offense that want to run,” previously said by UCSB’s head coach; and that they did as the Gauchos are still historically undefeated against Fort Wayne, 3-0, in the Rick McLaughlin era.

An even tougher opponent is now on the way to Santa Barbara as the NCAA’s No. 10 team in the nation, Ball State, is set to make their first ever appearance versus UCSB.

Santa Barbara will host the Cardinals for the last game this week on Saturday, March 10th, at 7 PM in the Robertson Gymnasium.