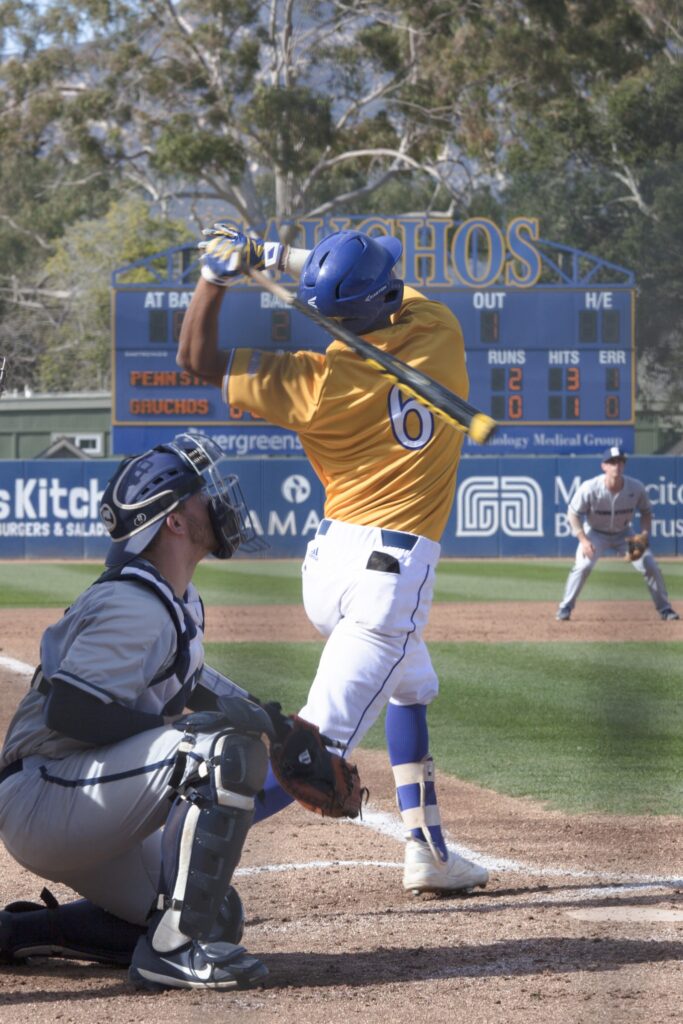 Following its first series win of the season over Penn State, the UCSB baseball team will hope to maintain that momentum with yet another home series at Caesar Uyesaka Stadium this time against Texas State. This is the second of the six consecutive home series Santa Barbara has over the next month and a half.

The Gauchos host the Bobcats with just an 4-7 overall mark but does boast a solid 3-1 home record. The visiting team is 7-4 on the year and has played just one road game this season, against Rice University, and lost 8-6. This is the first ever match-up between these two programs.

UCSB comes into this weekend with a very exciting possibility. While difficult, if it could sweep Texas State, then it would be back to an even record at 7-7 and just like that it is back to being in a power position to try to get back to good form.

What will Santa Barbara need to make this happen? Simple, it will need good pitching.

Overall, the key word for Santa Barbara is consistency. If it can become a more consistent team in all facets of play then it will have much more success. Being at home certainly helps a young team like them to become more consistent.

Strikeouts have also been a problem for UCSB this season especially early in the season. After it’s first series of the season, Santa Barbara already accumulated 35 strikeouts. Additionally, UCSB has struck out 79 times on the road compared to just 22 at home.

If the point hasn’t been driven home already, it is that Santa Barbara has a really good opportunity not just this weekend but in its next 18 of 19 games which will be at home.

Key players that the Gauchos have relied on this season at the plate includes redshirt juniors Clay Fisher and Thomas Rowan.

Despite not having been fully healed from his injury to play his normal shortstop position, Fisher has not missed a beat when up to bat. He currently slashes a very efficient .306/.340/.388. Rowan is the teams leader in batting average hitting .333 at the plate. He and Fisher are the only two Gauchos batting above .300.

For Texas State, their normal Friday starting pitcher has been a beast which will make it difficult for the ‘Chos to get the first victory of the series. Sophomore right-handed pitcher Nicholas Fraze currently owns a 2-1 record and has a 0.93 ERA and 18 strikeouts on the season.

Senior Dylan Paul has been getting it done for the Bobcats on the offensive side of the game. Last weekend, he led the Bobcats at the plate with a .545 average (6-for-11).  The utility also added in four runs and hit a walk-off triple in the series finale.

For the season, he leads the team with a .395 (17-for-43) batting average. The 2018 Preseason All-Sun Belt Conference First Team has also batted in eight runs and holds a solid .938 fielding percentage.

Santa Barbara has 18 of its next 19 games at home and so far it has taken advantage of that opportunity but it cannot stop there. UCSB is still a program on the rise despite a sub-par last season but that will not be true forever if it cannot return to its former glory.

UCSB takes on Texas State in the first of a three-game series at 2 p.m. on Friday, March 9th at Caesar Uyesaka Stadium.