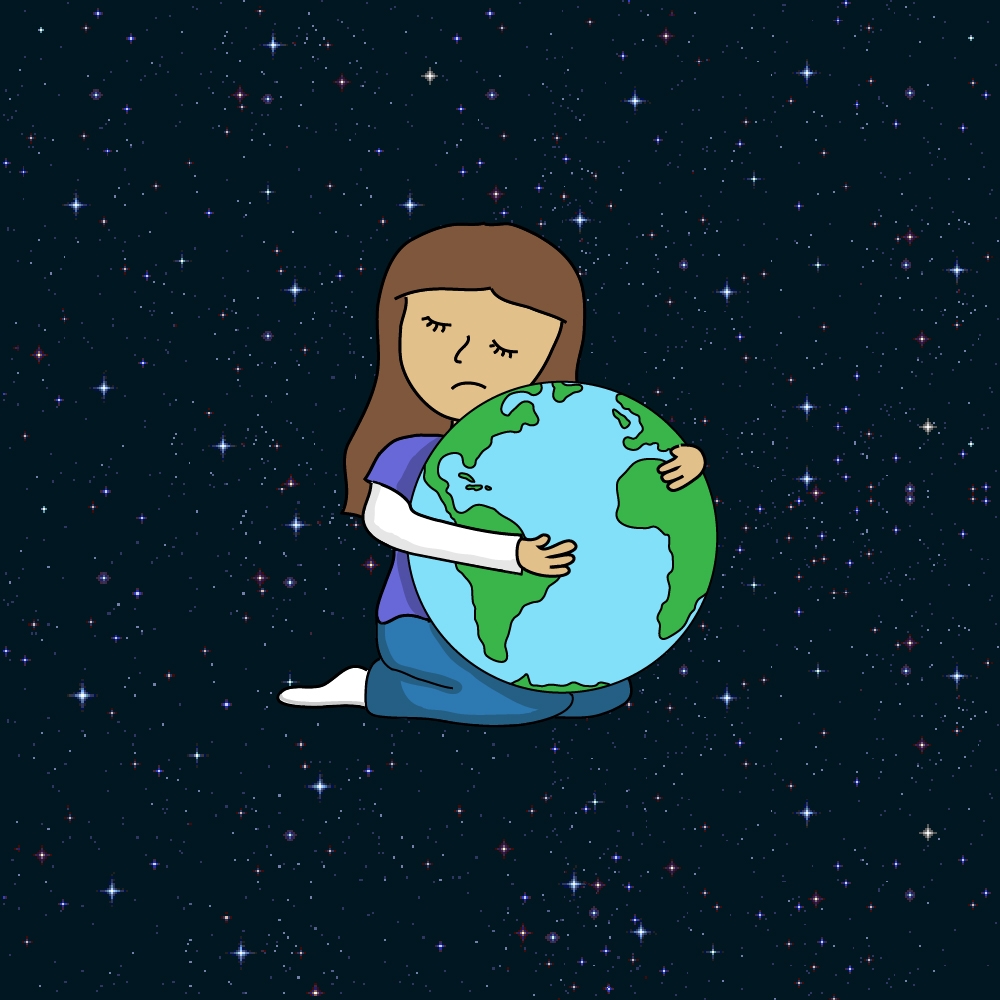 Relationships, grades and the environment — what do all of these have in common? As human beings, we tend to only care about the aforementioned until after we’ve ruined them beyond repair. Why do we only care when it’s seemingly too late?

Remember last fall when Outside magazine published a facetious obituary, which read: “The Great Barrier Reef of Australia passed away in 2016 after a long illness. It was 25 million years old.”

As expected, the internet and social media freaked out. Twitter exploded, Facebook and Instagram flooded with posts mourning the loss of one of the seven wonders of the natural world. In short, people were horrified, myself included.

However, shortly afterward, we were all able to rest easy knowing this news was false. The Great Barrier Reef wasn’t dead! We could all continue on with our lives, knowing we did absolutely nothing to prevent the reef’s death and ignore it until it died for real this time.

Whether or not this was Outside magazine’s intent, the over-exaggeration definitely brought much-needed attention to the urgent state of our largest coral reef ecosystem and, in addition, opened my eyes to a flaw in human nature. There is a significant difference between dying and dead.

As we live in a country that is the world’s second-largest source of greenhouse-gas emissions, the ramifications will hit us sooner than we think, and our safe bubble of privilege and ignorance will finally burst.

Our planet provides everything for us, so you’d think we would do more to take care of it. Entire species die out and natural wonders disappear. Ice caps melt and sea levels rise. Lethal gases pollute the air and deforestation strips the land. All of these come together to paint a not-so-pretty picture: The earth is deteriorating at a rapid rate. And the culprits? Us.

Nowhere is spared by the effects of climate change. As we live in a country that is the world’s second-largest source of greenhouse-gas emissions, the ramifications will hit us sooner than we think, and our safe bubble of privilege and ignorance will finally burst. Recycling, eating a plant-based diet, electing a president who actually believes in global warming — all of these are ways we can show that we care.

Yet, if we look around, we can see many of us still continuing to turn a blind eye. Maybe we just don’t care enough. When will we finally put our planet first? When all of the natural wonders are gone? When we no longer have clean drinking water? When we can no longer breathe the air?

This attitude of caring, but not caring enough plagues us in many aspects of our lives, and more than in just our treatment of the earth. For the most part, we would all want to say — or we would all want to be able to say — that we’re good people. I know I sure do. Yet wanting to be something and actually following through is, in most cases, easier said than done.

Doing the right thing can be easy when the opportunity falls into our laps, but going the extra mile for someone else often seems like too far of a distance to cover. This lack of effort hurts us the most. In an ideal world, there would be no pain or suffering. No one would feel sad or alone. Everyone would feel loved. Unfortunately, we do not live in such a world, even though we may try to convince ourselves otherwise.

We cry when we see a video of a starving polar bear on Facebook and afterward go about our day as if we’d never seen the video at all — out of sight, out of mind, right?

Still, as human beings capable of complex emotions and intelligent thought, we have the ability to choose how we live our lives: actively or passively. We can choose to do the right thing instead of doing nothing, because doing nothing can be just as harmful.

As the Greek philosopher Parmenides said back in the day, “ex nihilo nihil fit,” or “out of nothing, nothing comes.”

The world will never become a better place unless you decide to improve it. Its inhabitants will never know how much you love them unless you decide to show it.
We cry when we see a video of a starving polar bear on Facebook and afterward go about our day as if we’d never seen the video at all — out of sight, out of mind, right? We say, “I love animals” and allow others to slaughter innocent cows and chickens for our dinner. We claim to be in love with our partners and then proceed to cheat on them. We care about people but look the other direction when it comes to those suffering in our communities.

In history, civilizations die because they are unable to change their core values. It’s time to resist this culture of passive love. Let us be the ones who saved our planet, rather than destroying it irrevocably. Let us be the ones who brightened a stranger’s day, rather than choosing not to put in the effort. Why not show some compassion instead of indifference? We can either be the best humans we can be or as insignificant as specks of dust in the air. The choice is up to us.

Calista Liu wants to combat the attitude of defeatism when it comes to the environment.

The root cause is over-population. We need to look at any identifiable groups that have the highest birth rates in California.