The Daily Nexus
Nexustentialism
It's satire, stupid.
Little Known UCSB Campus Facts You Need Should Totally Know!
March 8, 2018 at 4:20 am by Brock Clark

UCSB is home to many great sites, but not too many people know the facts behind them. “I don’t know, I just like the way they look,” answered Chad Morson when asked what some his favorite parts about the famous UCSB landmarks were. Well, Chad, the buildings in fact have stories and not just “good personalities,” so let’s dive in. 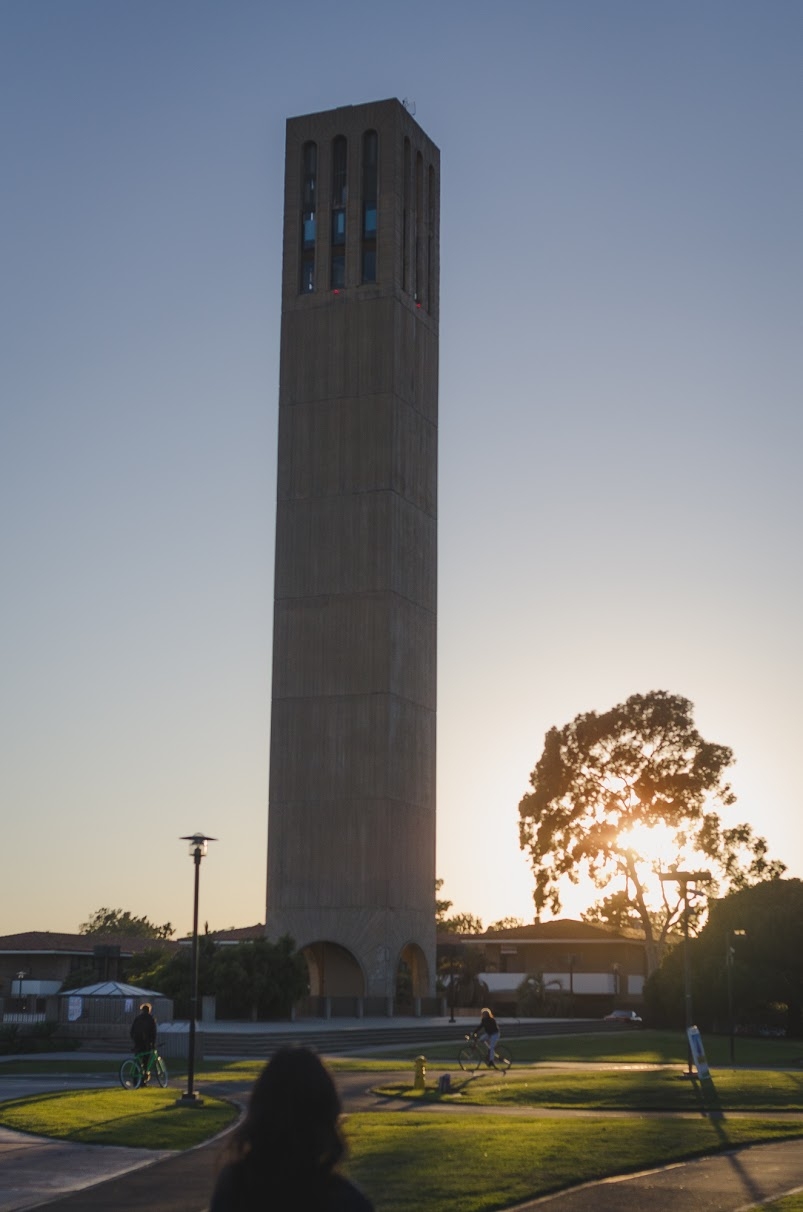 Storke Tower was named after the famous dietitian Richard Storke, who operated the famous celeb dietary boutique, Glam Bods, in Santa Barbara in the early 1930s. Later in life, Storke decided to dip on his dietitian roots and go into fertility studies. After Storke revolutionized the medical field with his invention of the male birth control shot in 1945 (thanks to the aid of captured Nazi war criminals), the University of California system knew that an absurdly monolithic and phallic clock tower was the right thing to immortalize his name. 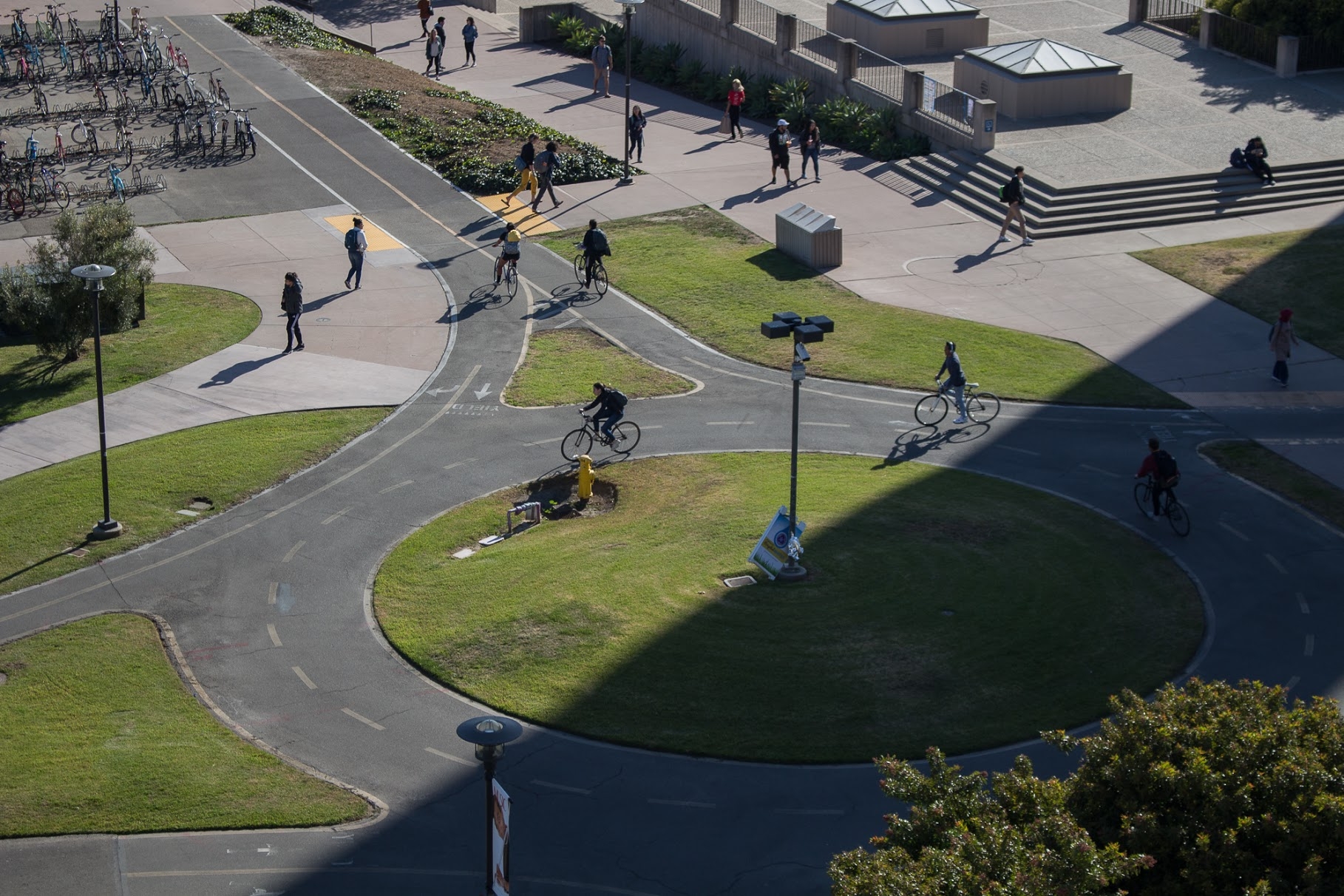 The Central Bike Loop was built by the last remaining members of the founding monks of the Santa Barbara Mission. These monks were not only trained in the ancient ways of Freudian Catholicism but also had a shit-ton of “Bob the Builder” VHSs and asphalt. The monks just sort of showed up one day and told some students to “get bikes or piss off.” They also made it explicitly clear that the loop should in no way then or in the future be used for “those goddamn boards people skate around on. What are those called Brother Ted?” Brother Ted replied, “Skateboards, you degenerate.” After completion of the Loop, the monks folded out their lawn chairs on the surrounding grass, hiked up their robes, knocked back some ice teas and watched the idiots who didn’t know how to properly step up or yield crash into each other. 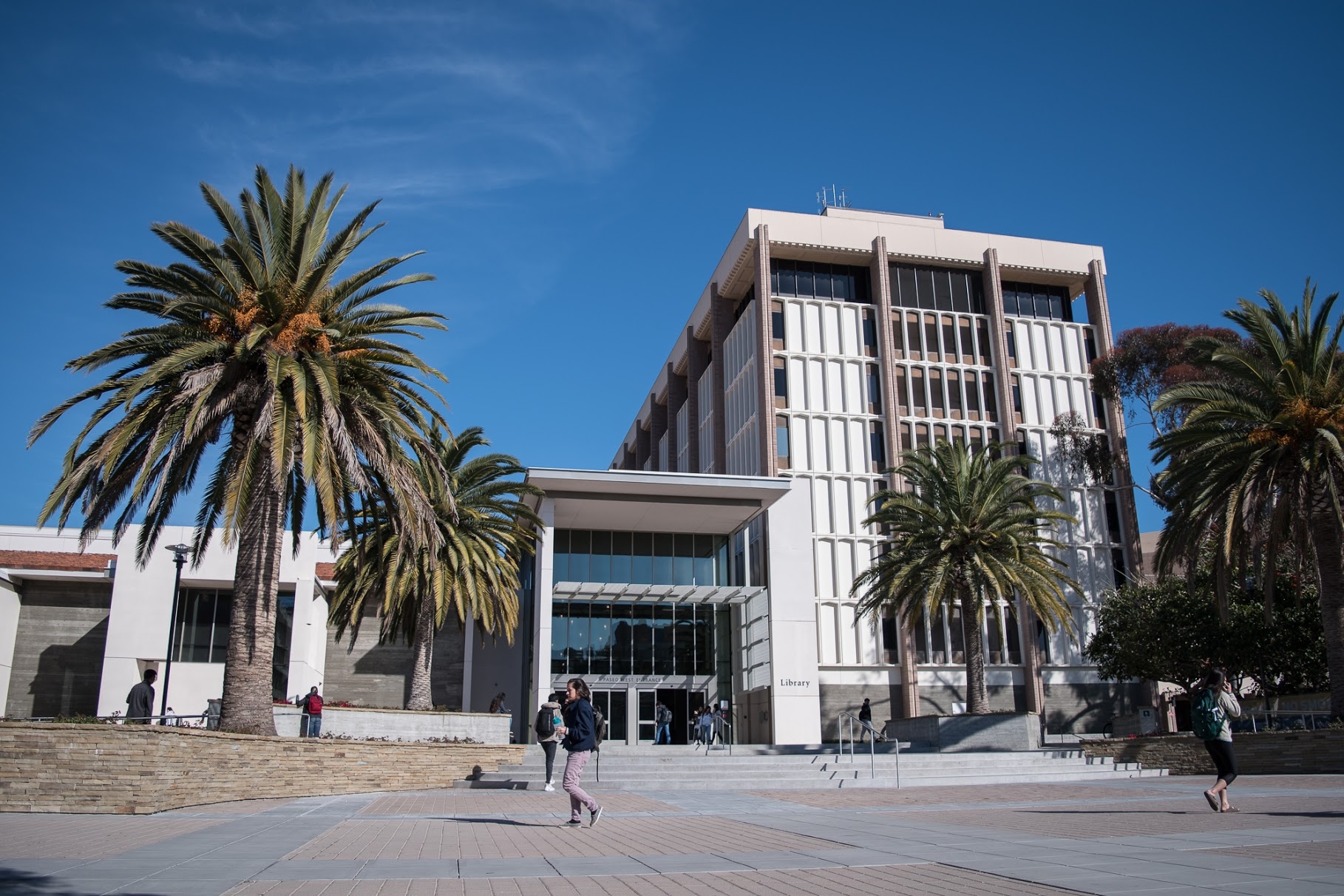 This goliath was built in honor of the first charter class of UCSB. The students of this day and age did not have much time for partying because they were here in the last four years of the Prohibition, so they decided to make UCSB stand out with education instead. When asked if the current library lives up to the example set by the class that inspired it, one librarian had this to say: “I definitely don’t think so. There’s never any quiet time in here. Last week a bird got in here and dive-bombed a minor’s eye, and some teacher from the film department rents out one room and just lets kids watch porn for research.” When looking into the most troubling of the above claims, the Daily Nexus’s own Ryan Watt was able to identify the pesky bird as an Island Scrub Jay. Watch out for that little bastard near the nonfiction section on turpentine poisoning and other carpentry-related accidents. 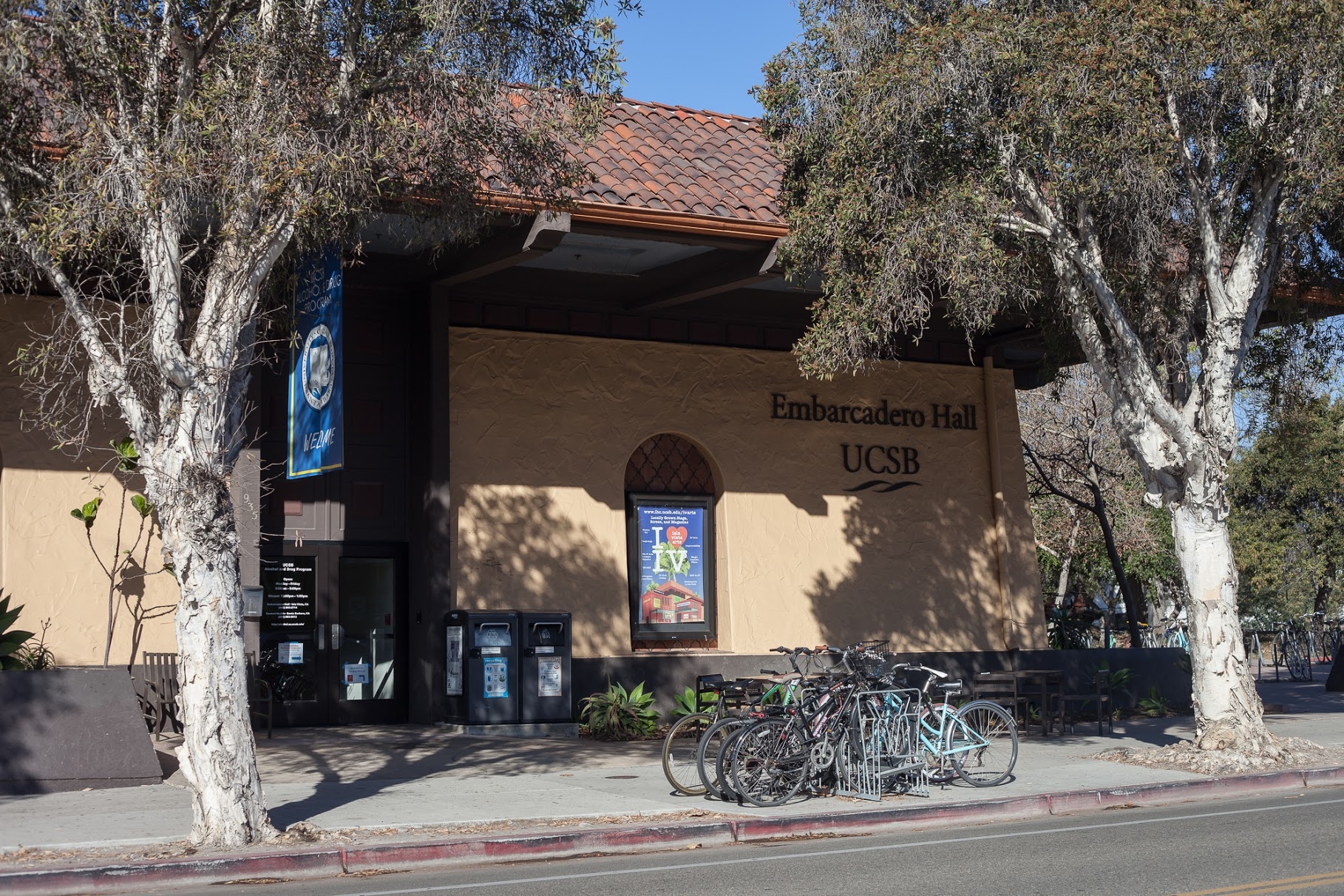 What can we say about Embarcadero Hall that hasn’t been said by any other student? It’s conveniently located directly across from Woodstock’s Pizza, it’s got extremely limited bike parking and it’s definitely a trek for anyone trying to make it there in the ten minutes they have after section because it’s not even on campus. I don’t know much more about this place. It’s sort of like the Upside Down in the extremely underrated and over-promoted television show “Stranger Things”; all of your friends have been to it and mention it on a regular basis, but you’re just sitting here being Nancy’s mom waiting for some hot piece of underaged ass to sweep you off your feet while your son is cave-deep in that hellhole. If you have a friend named Barb, don’t let her take a class here. 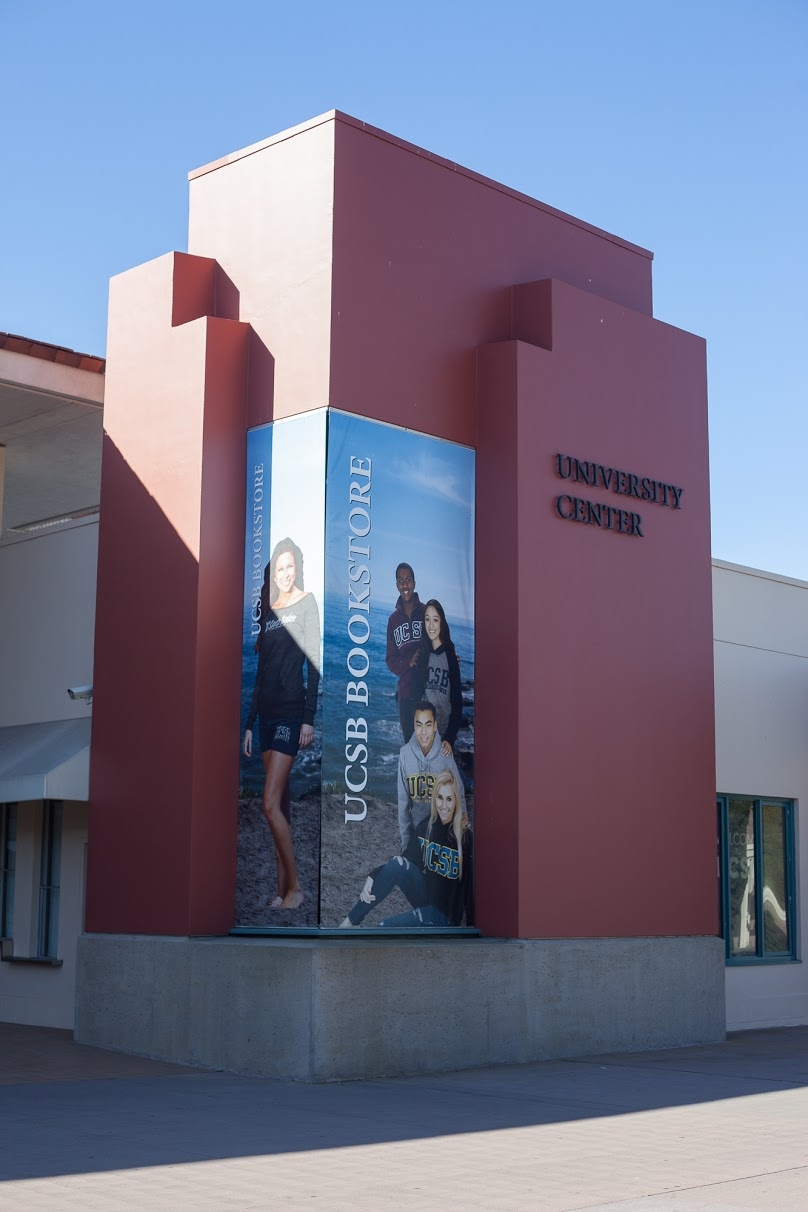 The Ucen is the hub of all activity for students on the UCSB campus. Need to get your third ID replacement after you dropped yours in some random party on DP? Head here. Want to check if your drive-by-dad sent you a check with an irate letter about your supposedly insubordinate behavior? Try the local post office, conveniently located next to a bunch of random offices. Feeling like you need some fresh school merch but don’t want to pay for it? Drop by the Campus Store, where the motto is, “If it fits in your pants or backpack, it’s free!” You can’t miss this place because it obstructs the perfect view of the ocean the campus would have if some geniuses hadn’t decided they needed to remind everyone they can steal the last bit of joy we all had after we poured our life savings into our tuition. 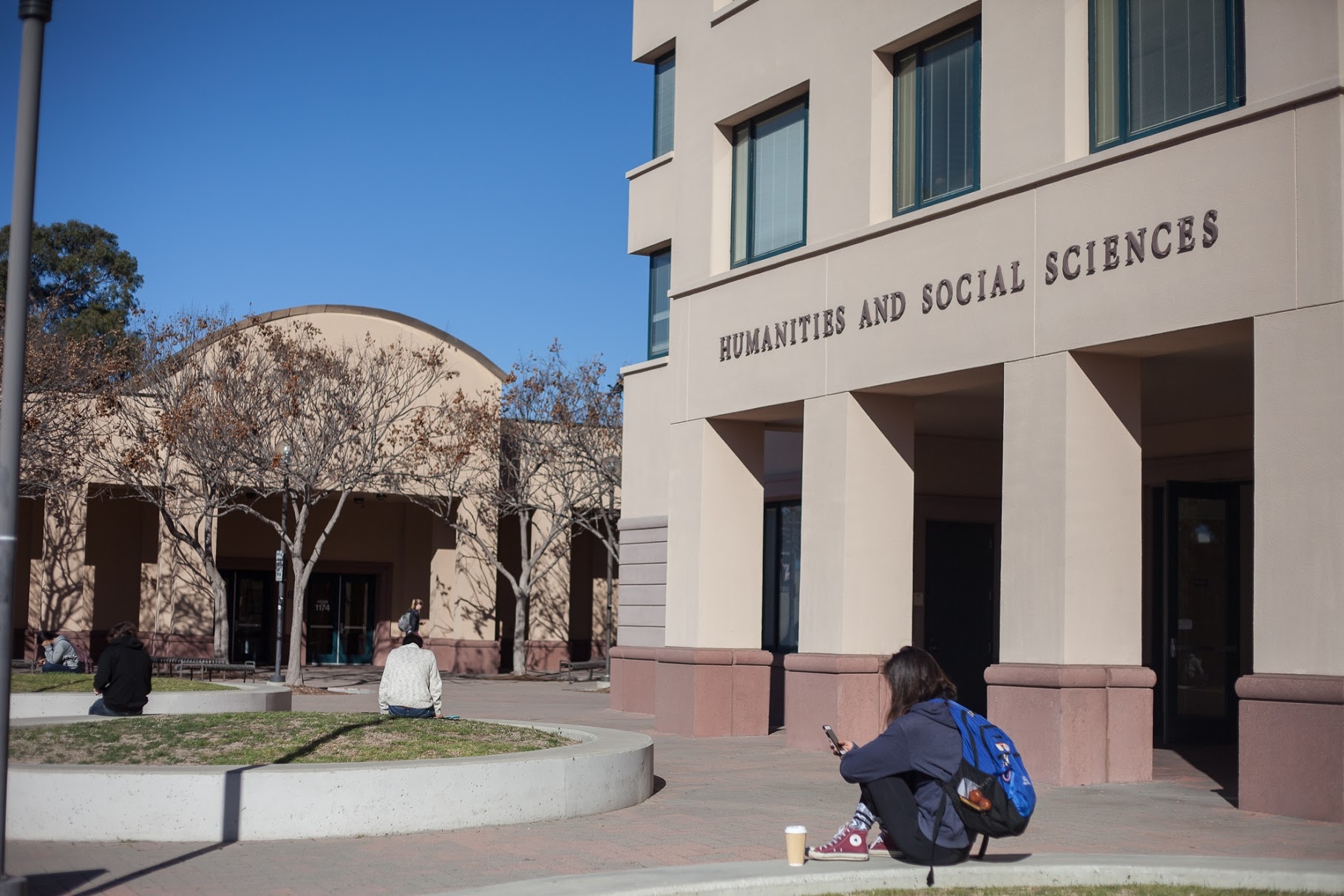 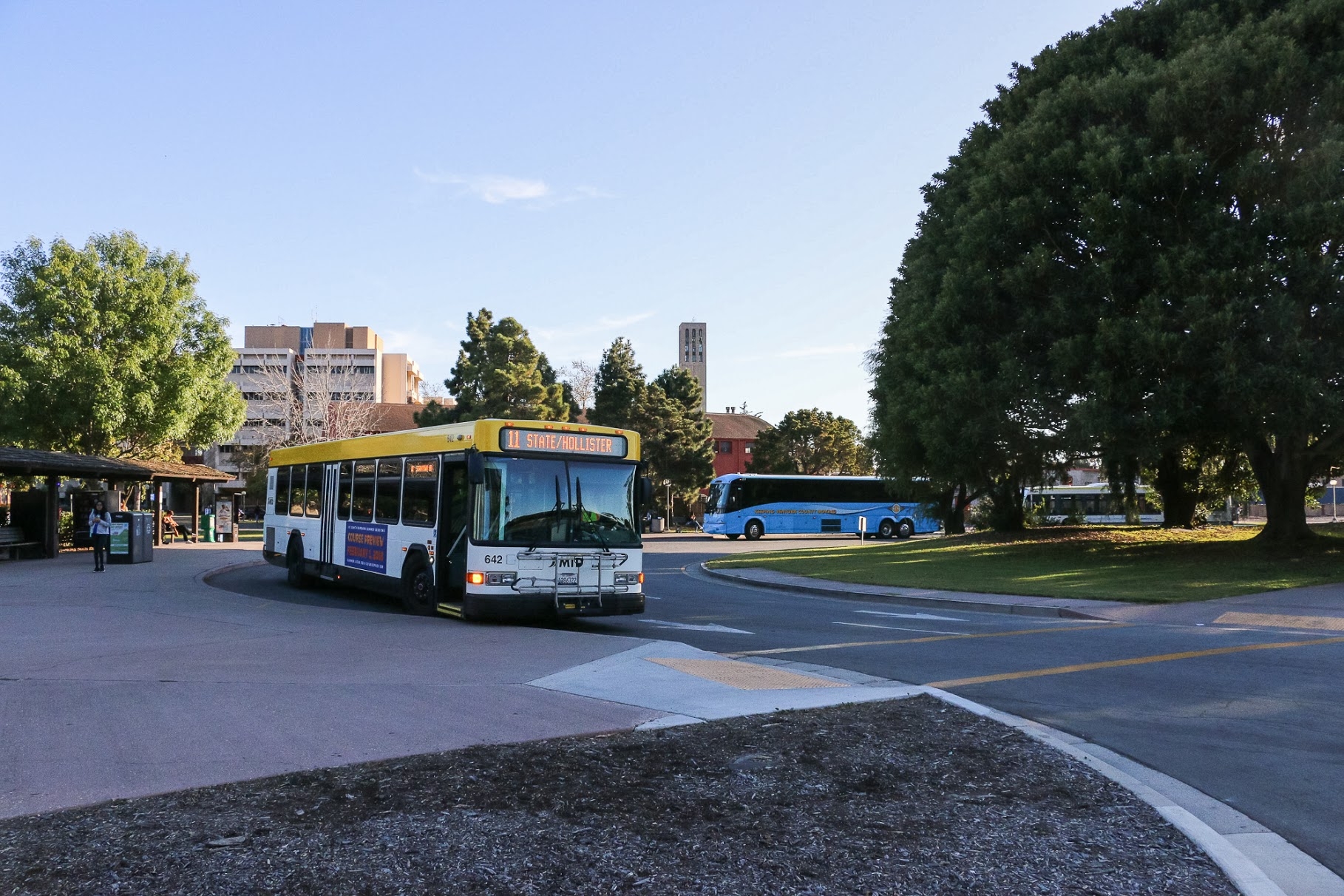 The Bus Loop is the hub of transportation on the UCSB campus. Built in the mid-90s, the Bus Loop offers free and accommodating rides to students with a bus sticker on their valid student IDs. When on the bus, it is important to remember that offering someone a seat on your lap is just as — if not more — polite as offering them your seat. Additionally, it’s really easy to make friends on the bus by putting your hand on someone else’s hand when you’re both standing and holding the rail. Lastly, the bus driver always loves it if someone stands in front of the yellow line, that way he or she can have a meaningful conversation with someone about his or her day. I almost forgot: People love it if you bring a bluetooth speaker and jam to some groovy tunes during the ride; “Careless Whisper” by George Michael is always a favorite! 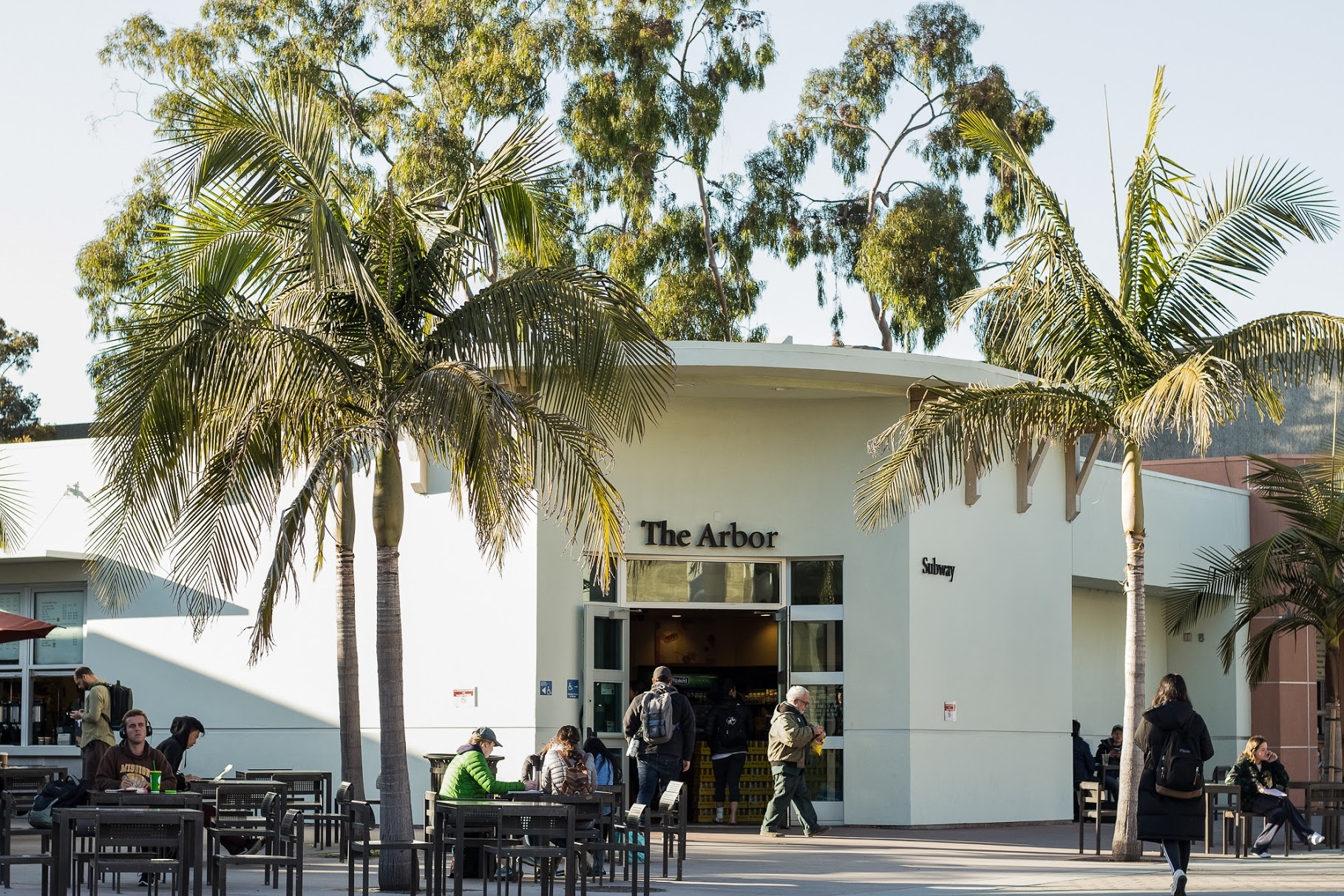 The Arbor is the best place on campus to find friends and join new clubs. Our own little stretch of heaven observes 24 hours of total sunlight a week. This runway of student models has everything: a stand with soft pretzels, sororities and fraternities you’ve never heard of advertising long before and long after rush week and a guy who offers really good facts about UCSB for five cents that would probably feel job insecurity if he read this piece. A little-known fact about our beautiful Arbor is that it was designed by the architects of the courses on the super popular show, “American Ninja Warrior,” but instead of stationary obstacles to avoid, they just threw in a bunch of solicitors. The first time you make it through this place, you’re going to feel like you just medaled in the Olympics for how to use your headphones for offense instead of recreation. 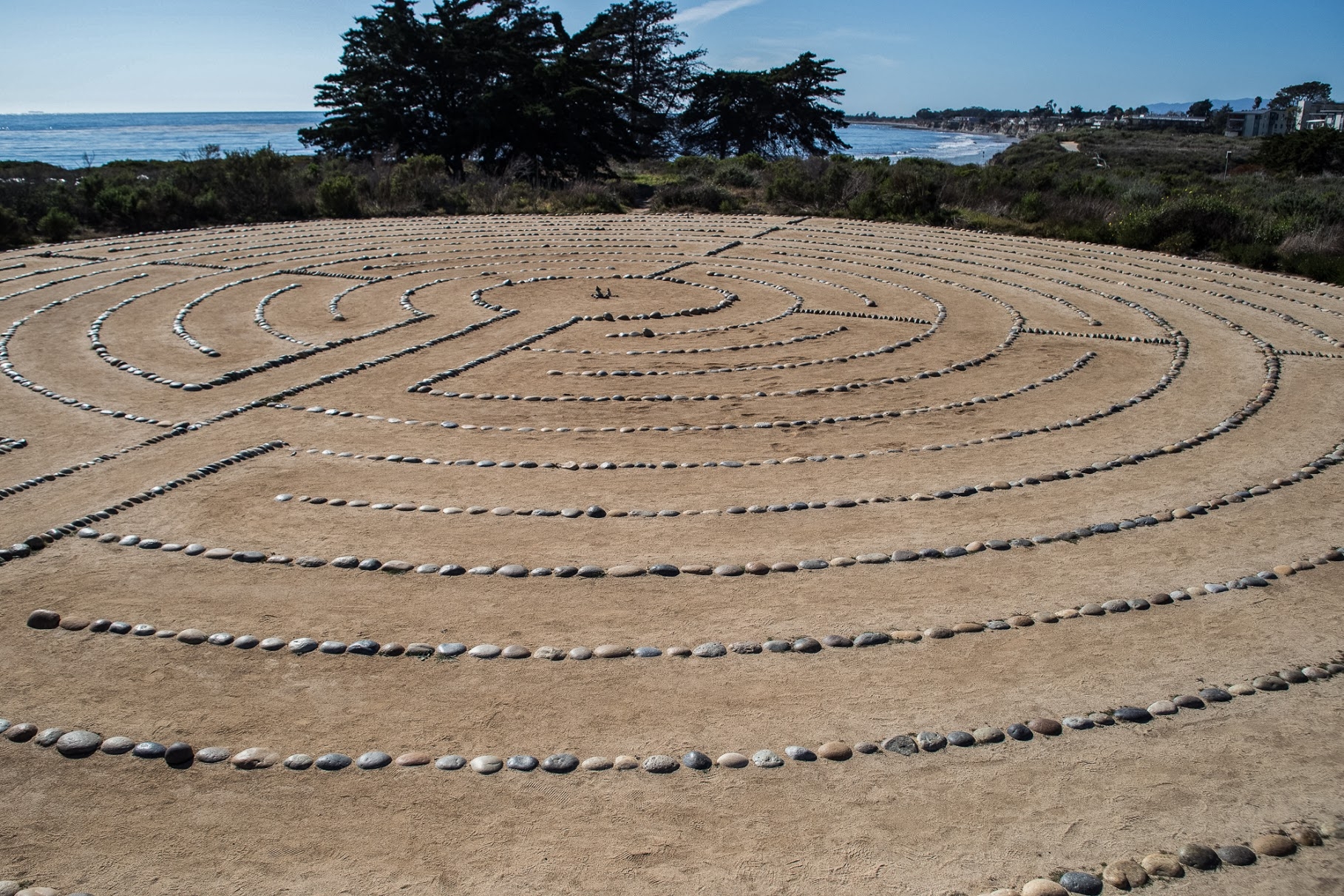 The Labyrinth is the place where students go to find peace on the UCSB campus. Melodic views, surreal breezes and lingering grasses effortlessly guide patrons on this igneous crested pathway reach the nirvana they’ve always felt the longing for in the secluded tombs of their beings. The revelations that will lay upon the souls of students while wading through this pasture of righteousness cannot be transcribed by the finite notions of contemporary understandings of science or religion. In addition, you get bonus points if you make it through this whole thing while you’re blacked out from a night on DP. 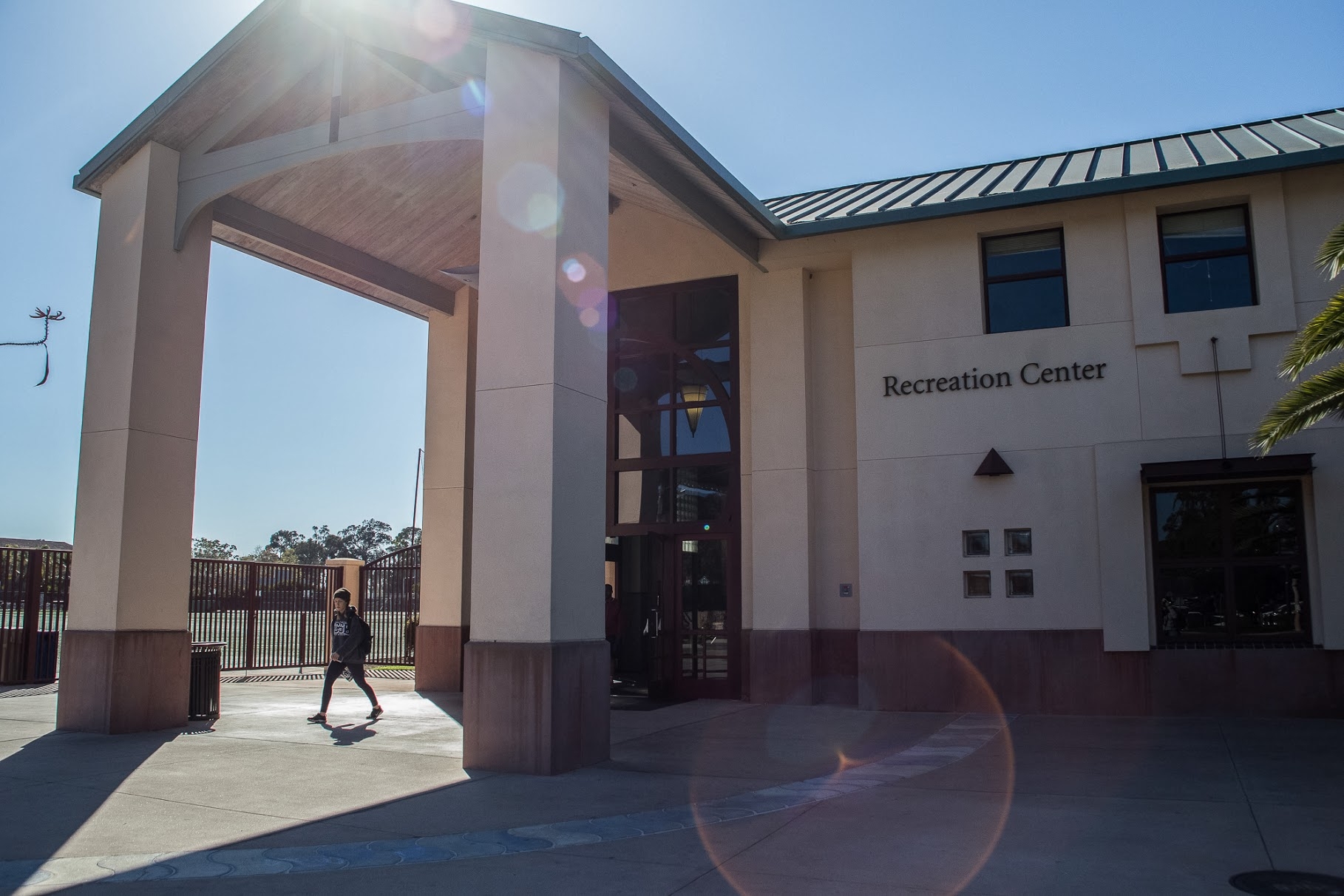 The Recreation Center — or Rec-Cen for literally everyone who uses it in a passing conversation — is the pinnacle of fitness and health on the UCSB campus. When you go to the Rec-Cent, immerse yourself in the weight rooms, yoga studios and 50 basketball courts. One of our main gymnasiums even has a rock wall, where it is totally cool with the staff if you just jump up and do the top ropes course without a partner or any gear necessary to belay you! Between the gyms is a lovely pool that is awesome for realizing you should probably take it easy on the Woodstock’s Pizza, because let’s face it, your face might not say Freshman 15, but your waist is hating you in those trunks right now. Next to our pool is an outdoor grass area which is terrific for rolling around and crying on after you’ve realized your finals wrecked any chance you had at making a decent future for yourself!

11. Vice Chancellors here are either underachievers or rejects from Berkeley and the Ivy League.

Woodstock’s Pizza tastes so good and they give students 6$ off any XL Pizza.