There are currently more active alcohol licenses in Isla Vista than the amount the state of California allows for businesses in the region, posing limitations for any new or current business trying to acquire or expand licenses. 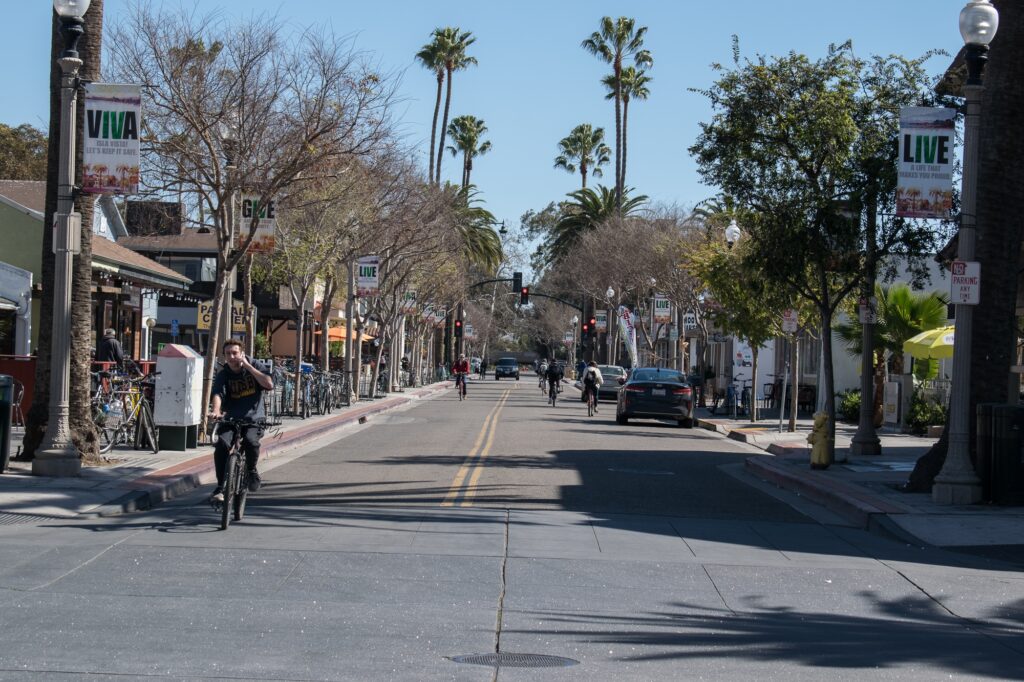 Sartuche said that the I.V. census tract is currently exceeding allowances, but that will not prevent the department from issuing a new alcohol license. Harrison Feerst/Daily Nexus

I.V. business owners hang in the balance on the issue, as many believe having an alcohol license can be vital for a successful restaurant in I.V., while others believe it doesn’t make any difference at all.

There are currently 14 active onsite alcohol licenses in I.V., but only 11 on-site licenses are allowed, according to Nick Sartuche, the supervising agent of the Alcohol Beverage Control Department (ABC) for the Ventura District Office.

There are also six active offsite alcohol licenses, but only five are allowed for the I.V. census tract.

Offsite licenses include liquor store sales where consumption occurs off the site of the business, such as Keg-n-Bottle and SOS Liquor.

According to Sartuche, local officials use the I.V. census tract to determine if new licenses will be issued based off the population and existing licenses in the area.

The census tract is a small mapped geographical location, usually a subdivision of a county.

“Isla Vista is a location that is looked at more closely,” Sartuche said. “Because of the high concentration of college students in Isla Vista, it is a factor that is taken into consideration.”

Local entities such as the Santa Barbara Sheriff’s Office, the planning department and other local officials give input to the ABC department when determining the offsite alcohol licensing allowances in I.V.

The ABC department overlooks the allowances for on-site sales of alcohol at restaurants and bars by investigating the business’s finances and location.

Sartuche said that the I.V. census tract is currently exceeding allowances, but that will not prevent the department from issuing a new license.

“We can still issue a license even if it’s over-concentrated, but we look at that during the application process and determine if there is a public convenience or necessity to exceed the allowable number,” Sartuche said.

According to Fischer, the Third District Supervisor’s Office believes “alcohol consumption is in oversupply in Isla Vista, [and] no new licenses for on-site consumption or off-site sales have been issued during this time.”

“A couple of Isla Vista stakeholders have engaged in conversations aiming to change the status quo with the belief that if more I.V. businesses could serve beer and wine onsite, that would improve the quality of life in I.V. and improve the bottom line for restaurants,” Fischer said.

Former 25-year restaurateur and 40-year Isla Vista resident Rodney Gould said that having an alcohol license is an important revenue source for many restaurants, but not all.

“To me, it is simply an unfair business practice, especially in situations where your competitor down the block has the ability to serve beer and wine and you do not,” Gould said.

Gould says that acquiring an alcohol license is not the only obstacle for many owners; even after acquiring a license, some licenses limit the hours that businesses are allowed to sell alcohol.

Ben Quagliani, shift manager at Pizza My Heart, told the Nexus that the restaurant acquired their alcohol license about six years ago when the restaurant first opened and it has been an important contribution to their sales.

“To be honest, if we didn’t have beer, our business would not be doing very well or surviving at all in Isla Vista because the majority of our sales do come from beer. I mean, this is a sports bar above anything else at this point,” Quagliani said.

According to Frankie Somayoni, general manager and owner of Sam’s to Go in I.V., the sandwich shop has been serving draft beer since the 1980s.

“It’s definitely a part of our sales, but if you were to take the beer license away we shouldn’t have that much of a drop in sales,” Somayoni said.

According to Somayoni, Sam’s to Go which has three other locations throughout the county, would be interested in expanding their alcohol license, “but given the situation right now, I.V. is not issuing any more licenses. It’s really hard to add on — whatever it is, wine or hard alcohol.”

Other I.V. restaurants like Hana Kitchen, Rosarito’s and Pho Bistro told the Nexus they do not feel the need to acquire an alcohol license because their sales are doing fine without it.

Hartmann’s office is currently asking for concerned stakeholders to do further research on the issue of alcohol licensing and present creative solutions to change the culture of over consumption of alcohol in Isla Vista.

In efforts to improve public safety, Fischer said in an email that the district office is trying to  “compel” businesses to voluntarily switch from off-site to on-site consumption licensure, looking to secure more grants for “effective compliance operations and provide more server training to prevent “over-serving.”

Gould believes that a “healthy, thriving downtown business district” in I.V. that could stay open late to compete with businesses in Santa Barbara and Goleta could provide entertainment and may eliminate some of the need for people to party in the residential areas of I.V. since “the majority of alcohol-related crime occurs in the residential areas.”

A version of this article appeared on p. 4 of the March 8 print edition of the Daily Nexus.