The Daily Nexus
Sign of the Times
Janus and Unions on the Threshold
March 8, 2018 at 12:47 pm by Tom Steel and Laurence Young 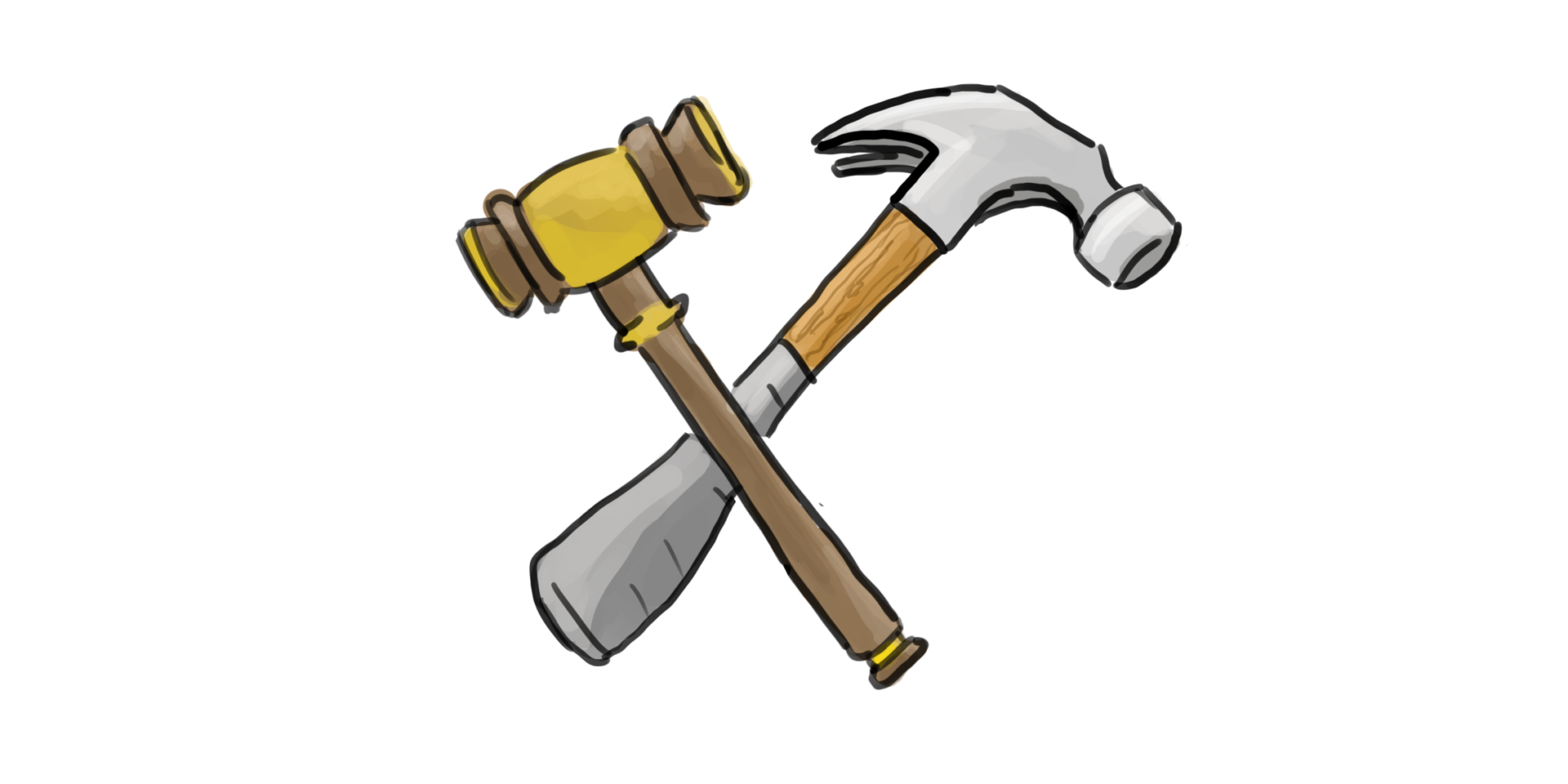 On Monday Feb. 26, the Supreme Court heard arguments in Janus v. AFSCME, a pivotal case which could have devastating effects for unions across the country. A ruling in favor of Janus would strike at a foundation of the American working class by eroding the ability of the public-sector workers to fight for living wages, benefits and dignity. Here in Santa Barbara that decision would erode the unionized labor force at UCSB, undercutting 2,500 solid middle-class jobs at the largest employer in the city, with predictable economic impacts.

In this case, an Illinois public employee, Mark Janus, is bringing a complaint against the American Federation of State County and Municipal Employees (AFSCME), the union that represents him on the job. As a represented worker, Janus must pay a “fair-share” fee to help cover the costs of the services the union provides when bargaining and administering the contract under which he works. Janus, however, doesn’t want to pay.

He argues that such a requirement violates his First Amendment right to free speech. Even though “fair-share” fee payers don’t have to pay for union political activities, Janus argues that because public sector bargaining involves advocating for the allocation of government resources, all collective bargaining activities by a public-sector union are inherently political. Specifically, Janus does not believe that his union should try to win higher wages and better benefits for him at this time because he thinks this would add to the Illinois state debt. Thus, the argument goes, his First Amendment rights are violated because he fundamentally disagrees with the union’s mission.

Public sector unionism has grown dramatically since Martin Luther King Jr. helped lead a Memphis organizing drive for sanitation workers in 1968. Those workers faced horrible working conditions; two were crushed to death when lightning set off an ill-maintained compactor in which they had sought shelter during a rainstorm. The workers unionized, won a contract, raised their wages and achieved a measure of personal dignity and political power. Since then, many states across the nation have adopted their own laws enabling workers to bargain for better wages, benefits and working conditions.

This would wash away 40 years of judicial precedent and state legislative decisions established by people from all sides of the political spectrum.

In Janus v. AFSCME, the high court is being asked to overturn the unanimous 1977 ruling in Abood v. Detroit Board of Education. That case gave states the right to allow public sector unions to collect fees from the workers they represent in order to cover the costs of bargaining. These are called agency or “fair-share” fees.
The logic behind the Abood decision is that those who benefit from the contract should have to share in the burden of negotiating it. This is hardly a controversial point. Even a conservative Justice like Antonin Scalia argued nearly three decades ago that, “Where the state imposes upon the union a duty to deliver services, it may permit the union to demand reimbursement for them; or, looked at from the other end, where the state creates in the nonmembers a legal entitlement from the union, it may compel them to pay the cost.” Essentially, because the union must represent all workers in contract negotiations, all workers should pay for negotiating the contract.

This is in harmony with the opinion of Republican Justice Rehnquist, a one-time Barry Goldwater protégé who supported the original decision: If you get a service or a benefit, you should pay for it.

The Janus case would overturn the unanimous decision in Abood by making it illegal for public sector unions to require the workers they represent to pay their fair share of negotiating a contract. This would wash away 40 years of judicial precedent and state legislative decisions established by people from all sides of the political spectrum. In effect, Janus could free-ride off of the payments of his colleagues while simultaneously reaping the benefits of the contract negotiation. This would ultimately weaken the ability of a union to do its job of representing its members. If free-riders do not have to pay into the union while benefiting from the union’s services, the union will have fewer resources and thus be unable to adequately represent its members.

The Janus argument that his speech is violated by required union payments fails for a simple and obvious reason. If the court rules in favor of Janus, public sector unions will still be required by law to represent free-riders. However, this would violate the free speech rights of those that are still in the union, for why should full-paying union members be forced to use their money to speak on behalf of the free rider? Required union fees are no different than utility bills or insurance premiums, which can be required by the state. In those cases, as in union contracts, individuals pool their money in order to further the interests of all the stakeholders collectively. Sometimes the interests of an individual covered by the utility or insurance company are not reflected in its actions, but the entity as a whole has furthered its goals to provide services to its members.

Were the court to rule in favor of Janus, the ability of teachers, nurses, first responders and all public employees to have a meaningful say in the terms and conditions of their employment would be diminished.

Furthermore, a ruling in favor of Janus would begin to erode basic rights in the workplace. Unions act as an effective method of strengthening rights on the job by giving members the right to bring grievances against biased employers, hazardous working conditions and unfair payment practices.

To eliminate this protection would expose individuals to the whims of managers, eroding the ability of American workers to maintain their level of workplace fairness, safety and security.

At its heart, the argument that compulsory union fees constitute forced inclusion in a union and is therefore undemocratic is a misnomer. If a worker in a public service union votes against or disagrees with the actions of the union, proponents of anti-unionism argue that the employee’s voice and vote do not count. Thus, they say, the union system is an inherently non-representational one and a worker should have the right not to pay the fees.

This, of course, misses obvious facts about the way representation actually works. Prior to the 1964 Civil Rights Act, African Americans across the country were denied the right to vote and to fully participate in the political system. Despite being denied a voice in the government, they were still expected to pay taxes and fight in wars, like all citizens. The argument during the Civil Rights Movement was never to avoid the obligations of citizenship, but instead to have a voice and representation on how their obligations were allocated. The democratic action is not to remove oneself from the debate, but to build a coalition that steers the debate to align with one’s interests.

Were the court to rule in favor of Janus, the ability of teachers, nurses, first responders and all public employees to have a meaningful say in the terms and conditions of their employment would be diminished. These union members are not just self-interested individuals. They are admirable public servants who are fighting for a vibrant public sector because it is vital in sustaining good government, a strong economy and a just society.

Janus v. AFSCME stands on a symbolic threshold in the world of work, one in which nine justices will have the ability to direct the course of labor history toward fairness and security or toward discord and strife. It is imperative that they recognize that formidable public-sector unions benefit us all.

This op-ed letter seeks to explain the nuance behind an important case for labor unions.

The authors of this op-ed are certainly entitled to have their own opinion, however, I would like to encourage them both to conduct some detailed reviews of how certain public-sector unions have actually been spending the monies taken as so-called “fair share fees” over the past 5-years. Follow-the-money and discover how those are actually unFair Share Fees and many of which have been used to pay for political activities. The gig is up!

Richard Graham suggests illegal activity by public unions, those being the unions of nurses, police, firemen, and all the others. Has this been going on? No, because it is strictly forbidden to do so. If it had happened, it would have been leaked and investigated. Not understanding how it union works does not mean you should destroy it. Unless you are for worse working conditions and lower wages and benefits. The power should remain with the people through representation and collective bargaining.