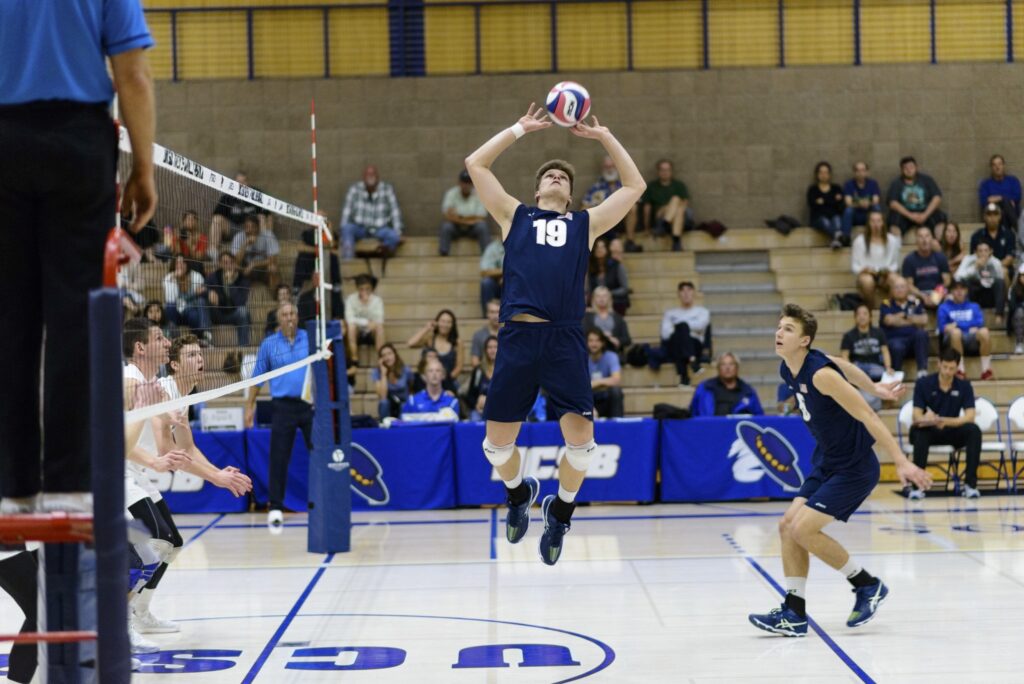 Now at an even split of a 3-3 overall road record, the UCSB men’s volleyball team was calm and composed as it got the job done on Thursday night. Away from home for a regular season matchup, Santa Barbara traveled down to USC for the first of two road games this week.

It was a high scoring night full of close scoring totals, yet the Gauchos seemed to come up clutch when it most mattered as the Trojans just couldn’t keep up. In the end, it was a four set encounter which had UCSB pulling through by a 3-1 victory on the night.

Ultimately, this game was fought in the trenches. Starting in the first set, Trojan errors allowed a consecutive five-point streak for their opponents as the Gauchos got off to an early lead of 7-2. Halfway through it, USC were able to bring back to within 1 at 19-18. Regardless, another flurry of both attacking and defensive mistakes, resulting in a game-high of seven errors, was what cost the home side a set one victory.

In the next set, the UCSB attack proved almost perfect as they earned a game-high hitting percentage of .520, more than twice as much as their counterparts in the same time. Still, the USC defense was able to match the tempo this time and actually allowed the hosts a small margin of the lead for the majority of the second set.

However, once Santa Barbara broke into the lead they never gave it up again, as even a 2 point lead was enough for them to take the second set at a score of 25-23.

With momentum now fully in favor of the visitors, USC sought to steal this third set away in hopes of sparking a reverse sweep comeback. Running away with an early 6-2 lead, the Trojans came out of the break at full throttle.

Meanwhile, closing out the final set was and remained to be a recurring issue as the Gauchos continuously trailed through it all. At a final set score of 22-25, UCSB really needed to tighten up their play if the wished to ensure this away game win.

And that they did as the scoring talents of sophomore middle blocker Keenan Sanders and junior outside hitter Corey Chavers made their presence known the most in the fourth and final set. These two were both on fire as they combined for a whopping 15 kills in this set alone.

Luckily, they also had sophomore setter Randy DeWeese to take control of this game by the reigns as he got it done on both ends of assists and blocking; DeWeese accounted for 47 of the teams 52 assists on the night. With all respects to USC, they seemed to trail UCSB this last set in both scoring and pace of play.

That would eventually be their downfall as they took a defeat in their own home and as the Gauchos earned the 3-1 win on the road.

The Gauchos’ two-game mini road trip continues this week as they head down south to face off against UC San Diego for another Big West Conference matchup.