The United States Supreme Court declined to hear President Donald Trump’s appeal to have the court view the University of California’s case on the Deferred Action for Childhood Arrivals Program (DACA) this past Monday. 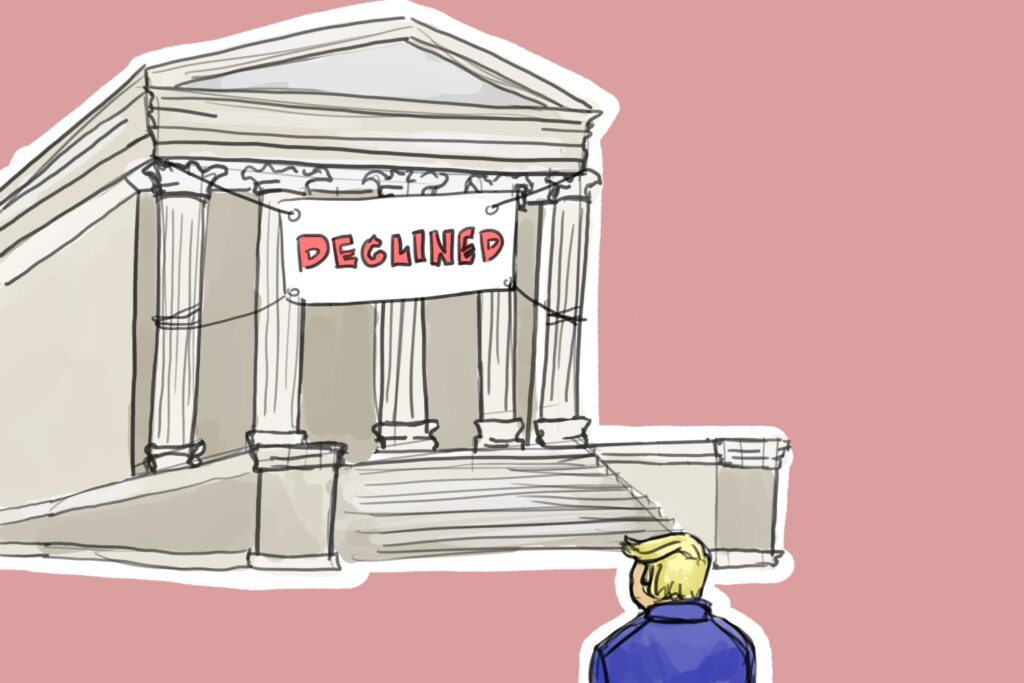 Trump was attempting to bypass the Ninth U.S. Circuit Court of Appeals, the second level of the federal court process, by having the Supreme Court review an order made in January.

UC President Janet Napolitano filed a lawsuit against the Department of Homeland Security in September, claiming the repeal of DACA violated the rights of people who benefit from the program.

The UC announced in a statement on Monday that they are pleased the Supreme Court has denied the government’s appeal.

“Now that the administration’s extraordinary maneuver has been rightfully rejected, we look forward to defending U.S. District Judge Alsup’s injunction in the Court of Appeals,” the statement said.

After declining Trump’s request, the Department of Homeland Security will continue to accept DACA renewal applications for existing recipients, while the DACA court case will continue through the regular federal court processes.

Trump announced in September that he would end DACA by March 5. With less than a week to go until that date, Monday’s ruling is seen as a win for the nearly 700,000 young immigrants that are protected from deportation under DACA.

March 5 was seen as a deadline for Congress to take bipartisan action on immigration reform, which resulted in a three-day government shutdown last month. That deadline is now void, since the ruling gives Congress more time to make a decision on a long-term bill.

The court process is expected to take months, which may allow Congress time to pass a long-term spending bill for DACA and immigration reform. However, it may also delay action due to a lack of urgency, since the federal court process will likely pick up in October during the Supreme Court’s new term.

Monday’s ruling is the third time a lower court has ruled against Trump’s rescindment of DACA, which essentially deems his efforts illegal and allows the program to continue past March 5.

The first was in January, an action Trump attempted to appeal on Monday. It allowed recipients to continue renewing their work permits and DACA status.

The second attempt on Feb. 13 stated that the terms by which the Trump administration ended DACA were unaccountable and arbitrary.

Both rulings allowed only current DACA recipients to renew their status, but do not allow those who never applied before the rescindment to apply for the program.

The UC said in their statement Monday that it was “inappropriate for the Trump administration to short circuit standard appellate procedure and attempt to skip the U.S. Court of Appeals.”

They claim it was “a precipitous approach that echoes the government’s procedurally improper rescission of DACA at the heart of this case.”