The Daily Nexus
News
Students Experience Gauchospace Technical Difficulties While LDAP Server Is Replaced and Upgraded
March 1, 2018 at 12:39 am by Katie Wolf

The UC Santa Barbara learning management system Gauchospace has been experiencing technical difficulties that have resulted in website crashes since the beginning of the school year, with the most recent instances occurring during this last week. 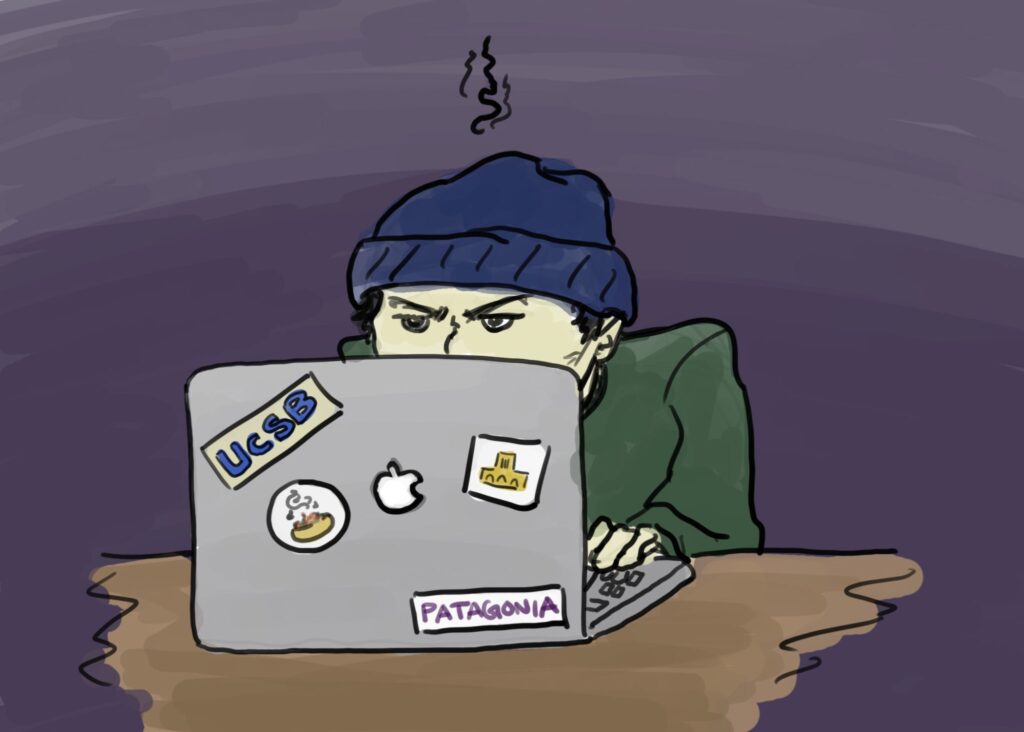 UCSB students have been unable to log into Gauchospace or have experienced website crashes during the last week. Frustrated students complain of dissiculty seeing grades or viewing documents on Gauchospace due to the issues. Experts cite outdated systems as the cause. Sierra Deak / Daily Nexus

“I was frustrated, panicked and stressed. I just kept reloading it for like five minutes until it came back up,” first-year biology major Iris Chan said.

There have been several reports of system failures when students attempted to log in to check grades and view assignments, according to UCSB’s Letters and Sciences Information Tech Center (LSIT).

The LSIT center recorded numerous outages from Feb. 5 to Feb. 26, with outages ranging from 20 minutes to over five hours.

Bret Brinkman, the director of instructional technology services for the College of Letters and Science, referred to these crashes as “unique situations” that occur when Lightweight Directory Access Protocol (LDAP) servers “experience an outage which prevent identification from occurring.”

LDAP servers act as the “middleman” between a website and its users. The servers keep students’ information, such as their names and affiliation with the university, then identify certain servers and regulate who is allowed to log onto a particular site.

When this software experiences issues, people who were already logged onto the site are able to use it freely and without any trouble. However, those who wanted to log onto the site when the servers were having problems would have been unable to do so, Brinkman said.

“The LDAP system was up for 1,165 days without any service restarts or any problems, before [the recent outages] happened,” Amstutz said. “[The ETS did know] that the LDAP needed to be upgraded, so they’ve been working for this upgrade and planning for it.”

The implementation of Ping, the new software that will replacing the LDAP server, has already begun. Once the old software experienced its most recent issues on Feb. 26, the technicians for Ping began applying a minor version of it to act as a “mirror” to the LDAP servers functions.

A final version of Ping will be in place by the end of the 2018 calendar year, according to Amstutz. Its presence will help to ensure that viruses do not continuously invade the technology.

ETS is also developing a new site by the end of the 2018 calendar year in response to the server malfunctions that will allow students and staff to easily identify what department to contact when a situation like the Gauchospace crashes arise.

On the front page of the site there will be a “health status” area where people can clearly see what specific sites are experiencing technical difficulties at any given time.

These new developments will make it easier to identify and address additional server issues, Amstutz said.

A version of this story appeared on pg.3 of the March 1, 2018 issue of the Daily Nexus.