The Daily Nexus
Water Polo
Women’s Water Polo Heads to Irvine for UCI Invitational
February 22, 2018 at 5:02 am by Kunal Mehta 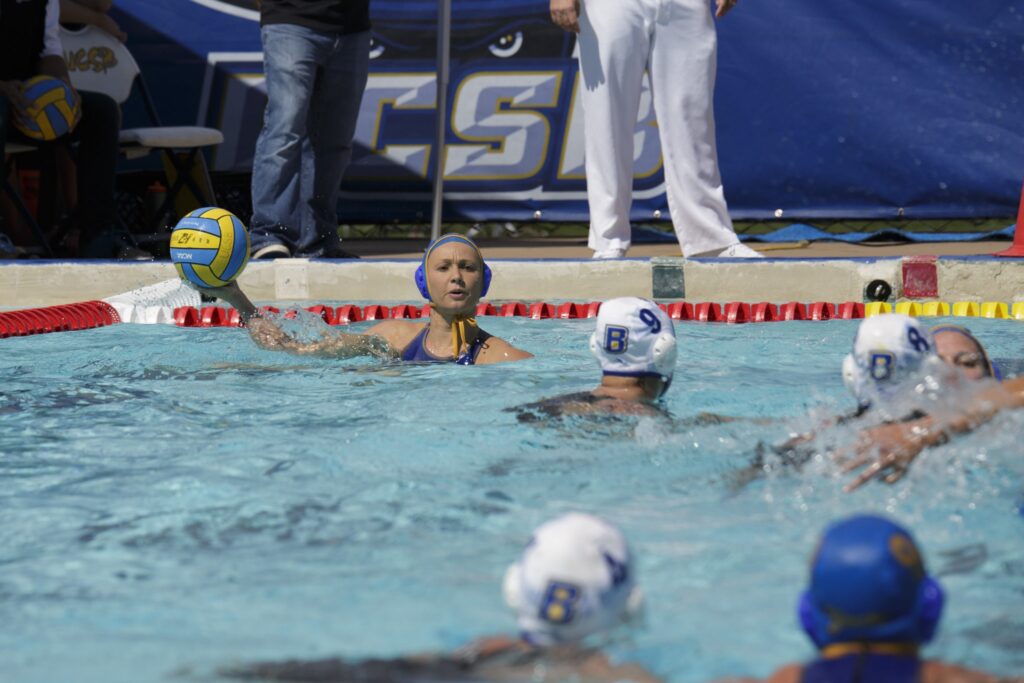 The No. 17 ranked UCSB women’s water polo team, which sits at 9-5 overall, will head to UC Irvine this weekend to take part in the Barbara Kalbus Invitational where it will play three games, beginning with a rematch against the No. 4 UCLA Bruins on Friday.

Santa Barbara will attempt to pull off the upset against a 13-1 Bruin squad.

The teams met earlier this year on Jan. 21, where the Bruins came away with a 10-6 victory over the Gauchos.

UCLA started the season hot beginning with a 12-0 start, but lost its first match of the season against No. 3 USC two weeks ago.

The Bruins bounced back with a win against No. 7 UC Irvine but again showed glimpses of a team that could be beat as they only just pulled away from the Anteaters with an 8-7 victory in double overtime. It was their first overtime win of the year.

Sophomore attacker Maddie Musselman scored the game winner with 1:42 remaining to stun the Anteaters. She leads UCLA with 24 goals and 16 assists.

Despite a solid performance by its cohort of utilities – a scoring hat trick and two assists from junior Kate Pipkin, two goals from junior Sarah Kreiser and a goal from freshman Amelia Meckelborg – UCSB was unable to keep UCLA from finding the back of the net.

The 10 goals allowed tied the most given up by UCSB this season.

A total of 10 games have taken place since this first meeting with UCLA, and improvements on defense have definitely been made. UCSB has given up just an average of four goals during that 10-match stretch.

“We focus on defense,” Head Coach Serela Kay said. “Defense wins championships, and that’s what fuels the counterattack in transition and into the frontcourt. Keeping teams under eight is always our goal.”

The Gauchos head into this game with a one-game losing streak after a devastating 7-6 loss to Loyola Marymount on Feb. 11.

With a 6-6 tie going into the fourth period, the Lions’ Katie Hungerford was able to convert on a late goal with three minutes left to seal the victory. The narrow loss snapped a two-game winning streak for the Gauchos, where they scored 20 goals and only gave up nine goals between both games.

In order for the Gauchos to come out with a win this Friday, it will be crucial to limit the high-powered Bruin offense.

UCSB’s sophomore utility Sarah Snyder comes into this game with 30 goals, leading not only the team but also the Big West Conference.

“Snyder fills the role of not only a center, but she also plays on the perimeter,” Kay said. “I think that has freed her up a little bit, which has been a very positive thing.”

Contributing to the scoring process are players like Pipkin, who leads both the Gauchos and Big West with 21 assists and 45 points.

“Pip has a very high game IQ,” Kay explained. “It’s obvious in her points, leading in assists and then being high up there in goals scored. She plays a huge part on the mental aspect of the game, making sure that she is the glue that keeps everyone together.”

As the Gauchos approach conference play, they will look to follow the mantra that has led them to their early success thus far this season.

“Work hard, be resilient and trust the process,” Kay said.

Santa Barbara will play UCLA at 1:45 p.m. this Friday, Feb. 23, at the Anteater Aquatics Complex in Irvine. UCSB will also compete two more times after their matchup with the Bruins where wins and losses will predict what future teams they’ll face during the weekend.