The Daily Nexus
News
Grilled Cheese Truck To Open Restaurant in Isla Vista
February 22, 2018 at 12:48 am by Eric Moon

The Grilled Cheese Truck will be opening its first “brie and morbier” location in Isla Vista on Saturday. 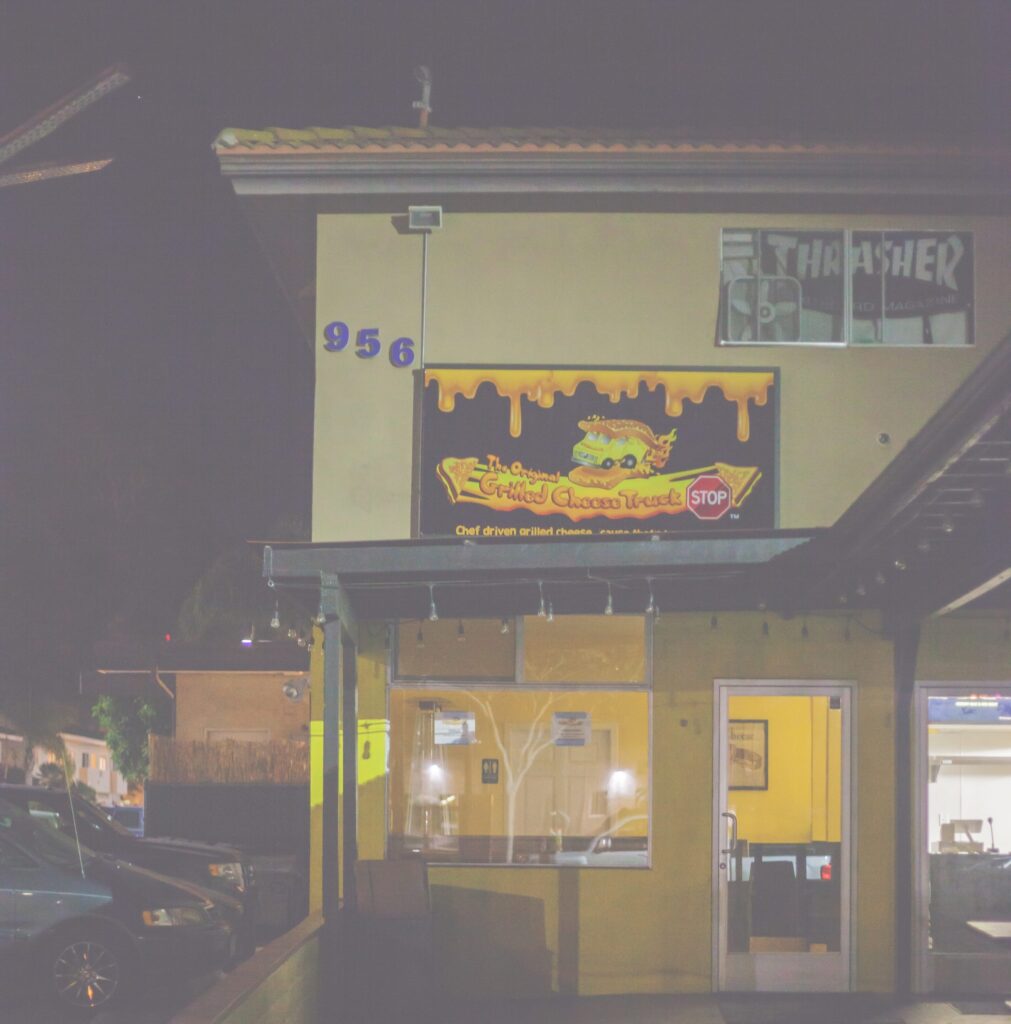 The Grilled Cheese Truck, which began as a single truck and has expanded to three, specializes in grilled cheese sandwiches and tater tots. Founder Dave Danhi hopes to host community events at the new store. Lianna Nakashima / Daily Nexus

The store will offer a wide variety of grilled cheese sandwiches and tater tots.

Founder and Chief Creative Officer Dave Danhi said that he has wanted to open up a physical location for some time and that the location in I.V. “kind of fell onto our lap.”

“The [I.V.] location came to us through a friend, who actually now has become our partner because he was so happy with the concept,” Danhi said.

“The prior owners of the place just didn’t do well and wanted out, so they left and it became available. When I came up and looked at it, I automatically saw ourselves there,” he added.

The Grilled Cheese Truck began serving Los Angeles in 2009 in a single truck. The business has since expanded to include three trucks that serve customers from Santa Barbara to Long Beach.

Following the opening of the I.V. location, Danhi plans to expand truck services to New York, New Jersey and Pennsylvania and open a second physical location in Los Angeles.

Danhi also hopes to sell franchises in the distant future.

Despite the location itself having been previously occupied by short-lived tenants such as a Korean BBQ restaurant and a burrito place, Danhi said that the universality of grilled cheese will attract customers to the store.

“Grilled cheese is something that I feel everybody has a connection to, usually from their childhoods,” he said. “It’s the epitome of comfort food … so it always brings back good memories.”

Danhi also noted the enthusiastic responses in I.V. he has received so far as a reason to believe in the store’s success.

“As we’re setting up the location, we have people stopping by every half-hour asking if they can order already,” Danhi said.

He plans on getting the community involved in various ways, such as holding a variety of contests and special events.

“We had our first training session recently, and some of the kids had some great ideas for special nights that we might do, like Pajama Night or Greek Night,” Danhi said.

Other proposed ideas Danhi mentioned include featuring a sandwich made by a customer as a special on the menu and naming the sandwich after them.

He also wants to hold fundraisers and raise awareness for different causes for the clubs and organizations of UCSB.

The new store will be located at 956 Embarcadero del Norte.

greek night? how about a greek-free night? :^)