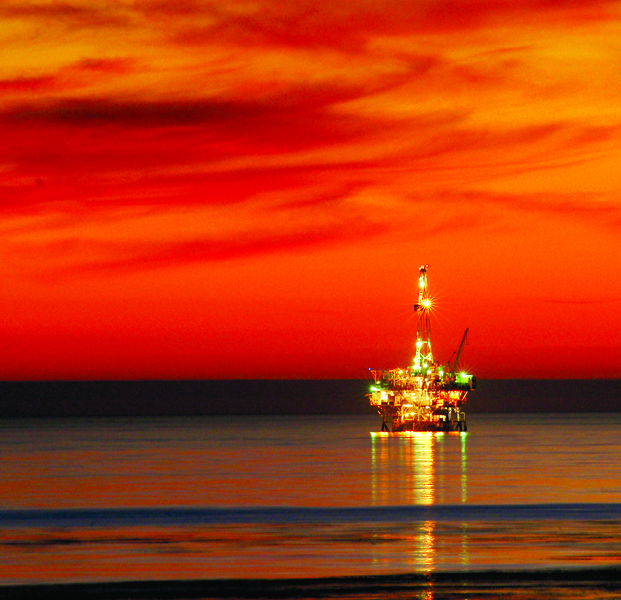 On Jan. 4, 2018, the District of Interior’s (DOI) Bureau of Ocean Energy Management (BOEM) proposed a five-year plan that would lift former President Barack Obama’s offshore drilling ban that attempted to push the nation toward clean, renewable sources of energy.

The proposed plan, which would be effective from 2019 to 2024, would allow corporations access to gas and oil in U.S. coastal waters previously protected by the Obama Administration.

Carbajal expressed strong opposition to the Draft Proposed Program (DPP), the first draft in a series of three proposals for the 2019-2024 cycle, in a letter addressed to President Donald Trump and DOI Secretary Ryan Zinke.

“I am particularly concerned that expanding drilling into the Pacific region fails to recognize input from local stakeholders, ignores the impacts to our environment, and threatens our local tourism and commercial fishing industries,” Carbajal wrote in the letter.

“It obviously helps the economy. The more it makes us money, the less we rely on foreign oil,” she said.

Fergus explained that allowing offshore drilling would be an enormous step backward in efforts to convert UCSB into an environmentally friendly campus.

California’s exemption from the DPP would have positive political implications by forcing transportation and energy industries to turn to alternative, more sustainable resources such as wind and solar energy, Fergus said.

“I think that by not relying on such harmful forms of energy both in extraction and use, we incentivize the innovation that we need,” Eusterbrock said.

CALPIRG recently released an email petition for campus community members to sign in opposition of offshore oil drilling. The group’s goal is to make the UCSB campus run on 100 percent renewable energy, according to Fergus.

“There’s no safe way to drill for oil and transport oil,” said Liam Horstick, campus organizer of UCSB CALPIRG. “We shouldn’t be drilling for more fossil fuels, anyway, because of the impact to climate change and 100 percent renewable energy.”

According to an email statement from Hartmann, such projects include “evaluating Community Choice Energy, increasing buildout local distributed energy resources such as solar, demanding response and energy storage to create a more resilient energy system and promoting zero emission vehicles and infrastructure for these vehicles that don’t have internal combustion engines.”

The Dos Cuadros oil field holds about 11.4 million accessible barrels of crude oil under the Santa Barbara Channel and is part of what attracts oil companies to California’s Central Coast. The federally leased field is regulated by the DOI, not the state of California.

In early 1969, a well blowout about 10 miles from Santa Barbara’s coast in the Dos Cuadras field caused the spill of roughly 100,000 barrels of crude oil into the Santa Barbara Channel, polluting beaches from Goleta to Ventura and on four of the Channel Islands.

Over 3,600 sea birds died, along with fish, barnacles and some marine mammals. The spill resulted in $9.5 million of commercial and private property damage.

The platform that caused the spill is currently still in operation today, along with its three sibling platforms.

The effects of the spill contributed to the passage of several environmental protection acts as well as the establishment of the US Environmental Protection Agency and the California Coastal Commission.

A major spill occurred again in 2015, when a Plains All American pipeline burst, sending 3,400 barrels of crude oil into the waters of Refugio State Beach. The pipeline has now been closed.

The 1969 and 2015 oil spills have served as points of reference for many opponents of the DOI’s movement to open coastal waters to drilling.

“The Central Coast knows all too well the risks that oil drilling poses to our communities, and I will continue to urge this Administration to take our coastline off the negotiating table,” Carbajal said in his statement.

Since 1969, the California States Lands Commission has not granted any new offshore drilling leases within its jurisdiction limit of three miles off the coast, though existing operations were allowed to continue.

The DOI temporarily paused operations on California’s Outer Continental Shelf following the 1969 spill until the passages of the National Environmental Policy Act and the California Environmental Quality Act in 1970.

Another major component of the opposition to the proposal is California’s economy. According to Hartmann, coastal recreational, fishing and tourism are essential to the state’s thriving economy and the proposed program could be extremely detrimental to such industries.

Like California, coastal states across the country rose in opposition against the BOEM’s proposed plan. Governors in Washington and Oregon joined Brown to sign a joint statement in early January saying that the states would take any measure to prevent oil drilling.

“They’ve chosen to forget the utter devastation of past offshore oil spills … They’ve chosen to ignore the science that tells us our climate is changing and we must reduce our dependence on fossil fuels. But we won’t forget history or ignore science,” the statement read.

The BOEM is currently holding public meetings across the country regarding each coastal state’s stance on drilling.