The Daily Nexus
On the Menu
The Sweetest Story
February 8, 2018 at 12:28 am by Morgan Bakowsky 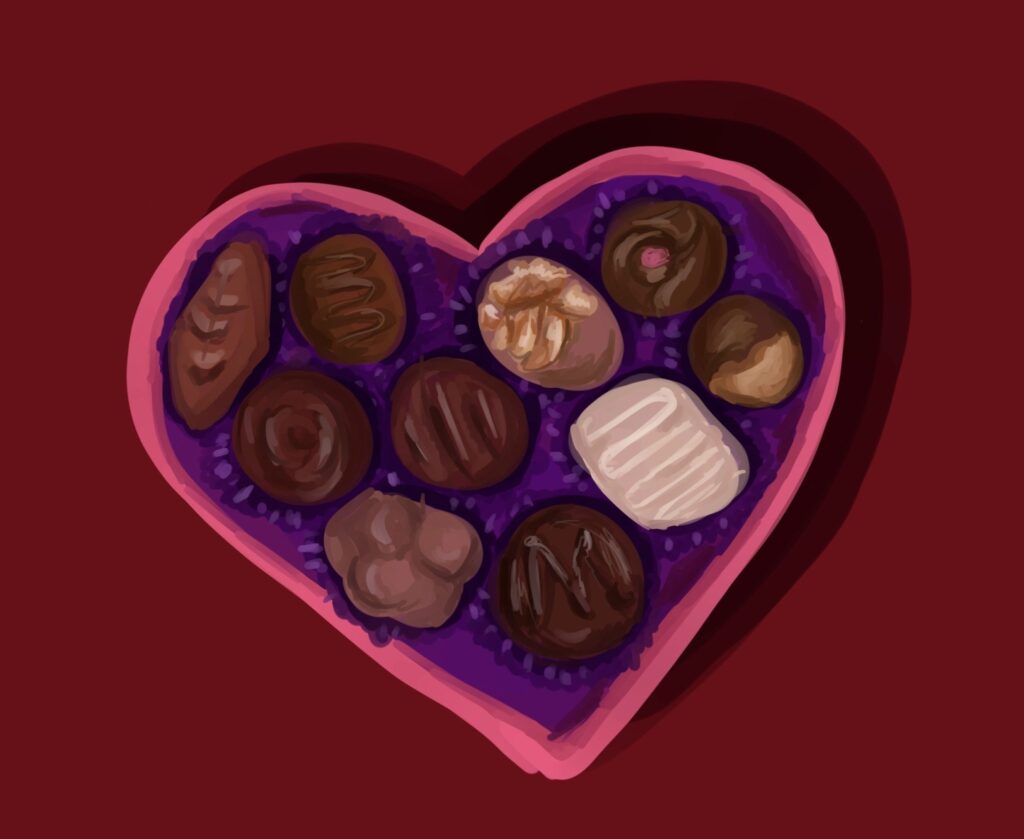 Where does this sexy treat come from, anyway?
Chocolate is made from cacao beans, which are mainly grown in Latin America. During the age of the Aztecs, chocolate was considered a luxury that was consumed by royalty regularly and by other elite on special occasions such as marriage. Typically, it was consumed in a way similar to modern hot cocoa, except it was made with chili peppers instead of sugar. The drink was associated with the Aztec goddess of fertility, Xochiquetzal, so it was drank by newlyweds to increase seduction and fertility.

When did it become a V-Day thing?
Eventually Christopher Columbus “discovered” chocolate along with Latin America and brought it to Europe, where it was turned sweet and became a pretty big deal. By the time Valentine’s Day became a romantic holiday in the mid-1800s, chocolate was quite a popular commodity, and a man named Richard Cadbury saw the opportunity to profit off of it even more than before. He started marketing it for Valentine’s Day in heart-shaped boxes that could then be used for storing romantic mementos and other small but meaningful things.

So, whether you have a valentine or are your own valentine, chocolate is unanimously associated with the holiday. It can either be perceived as a sensual aphrodisiac or just another capitalist ploy, but regardless, it sure does taste good.