The Daily Nexus
News
A.S. Senator Raises Money for Sister with Cancer Through Wristband Fundraiser
February 8, 2018 at 12:41 am by Jasmine Moreno 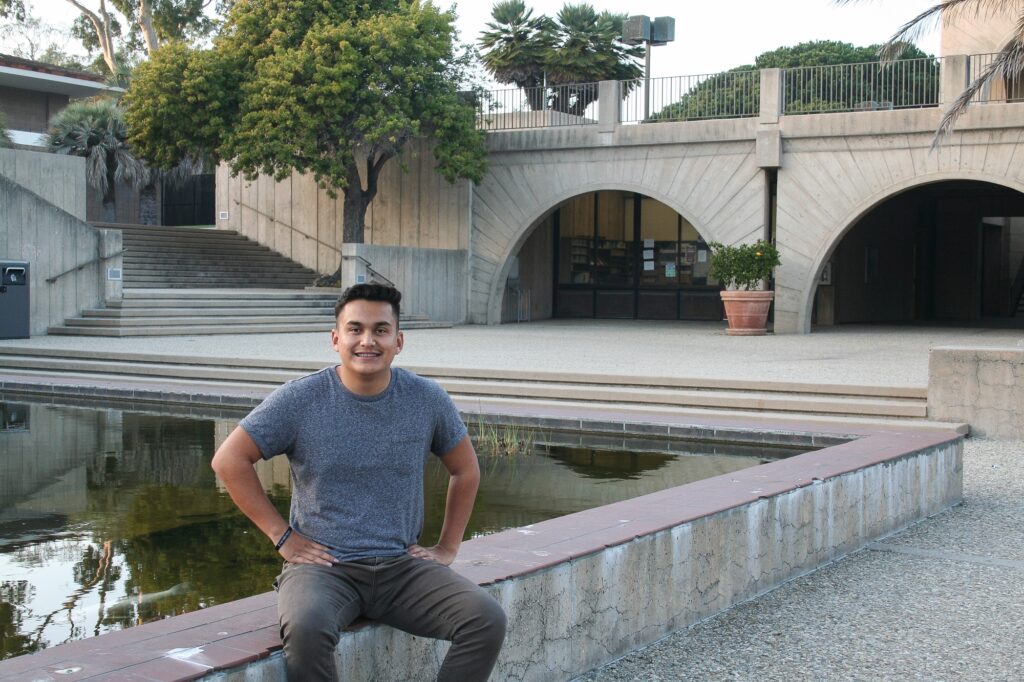 Associated Students Senator Jorge Santos decided to help his sister by selling bracelets inscribed with the words “No One Fights Alone,” first promoting his efforts on the Free & For Sale page. Stephany Rubio / Daily Nexus

“Seeing the strong woman who single-handedly raised three kids and lived each day with such passion, being so worn out so quickly by the treatment [was hard]; she was literally a different person,” Santos, a second-year political science major, said in an email.

Following his sister’s diagnosis, Santos decided to help by creating rubber bracelets with the phrase “No One Fights Alone” inscribed on them. The bracelets cost $2.00 each and all the proceeds will go to Juarez and her two children, aged nine and 12.

He launched the project on the Free & For Sale page on Facebook, unsure of how well the initial 600 bracelets would sell. The launch was met with over 100 orders, as well as donations from students, faculty and other community members.

He decided to sell the bracelets through social media because he felt tabling was too invasive.

“This isn’t a business, it’s a need,” Santos said. “I am not trying to make profit to make profit, I am selling so that I can send the money to my sister and she has one less thing to worry about.” 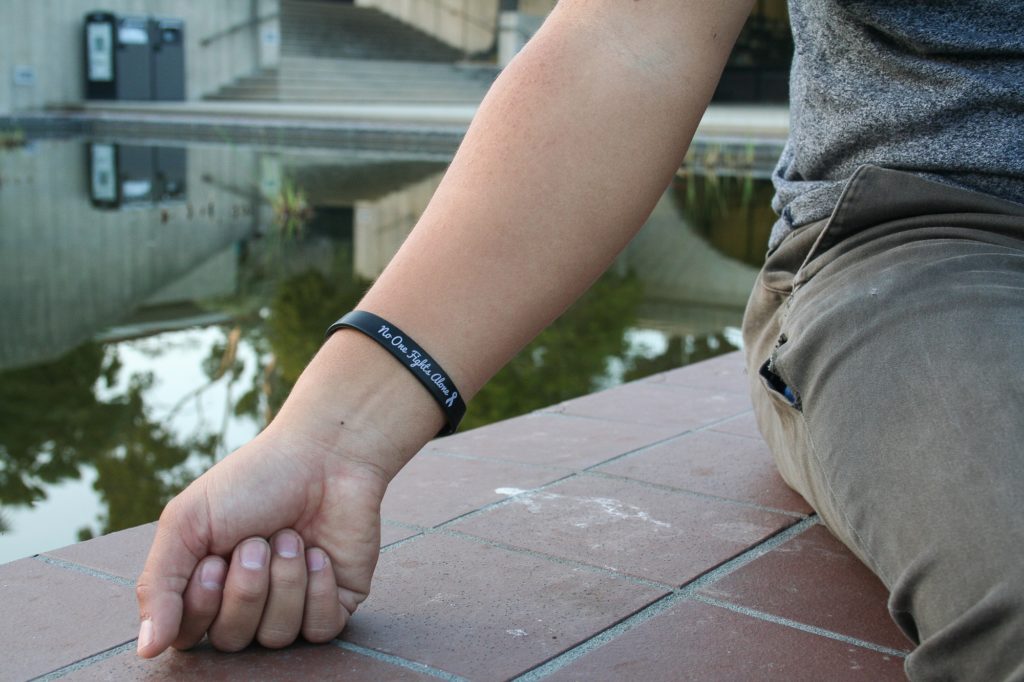 The meaning behind the bracelets is simple — no individual is alone in the fight against cancer, Santos said.

Juarez had pushed Santos to be the first in his family to attend college, and now she encourages him to stay enrolled in school. When he learned of her diagnosis, Santos wanted to help in some way.

“I was already sending my paychecks, but I felt it wasn’t enough,” he said. “My sister has two other kids, and while we have family and friends, I needed to do my part.”

Santos described feeling a weight on his shoulders, like his family was facing the battle alone. As an on-campus senator and peer advocate for the Guardian Scholars program, finding a balance was challenging.

“I was depressed and if it weren’t for the support of my friends, professors and C.A.P.S.  — shoutout to Dr. McDonald — I don’t know how I would function,” Santos said.

Santos explained that this encouragement allowed him to focus on helping in the ways he could, rather than focusing on the worst. To him, each bracelet represents support from the UCSB community.

“I am so passionate about [this] because it represents the support from friends, family and especially the community that I was lucky enough to be a part of because of my sisters sacrifices,” Santos said.

Currently, Juarez is in the most difficult stage of treatment with five weeks of chemotherapy and radiation to come.

Santos said his focus is on the road ahead. He aims to use his experiences to pay it forward to others facing similar situations. His ultimate goal is to help the community create proper resource centers for students dealing with a loved one with cancer.

“I feel that if there had been a center or place, not including C.A.P.S., where people could simply go and get help … it would have made things a little easier,” Santos said.

“I want to use my platforms and simple organization to get people together and see what we can do at UCSB. I believe that having a proper resource center for situations like this would help immensely because the biggest problem I had was that I did not know what to do or how to feel because it was such a new experience,” he added.