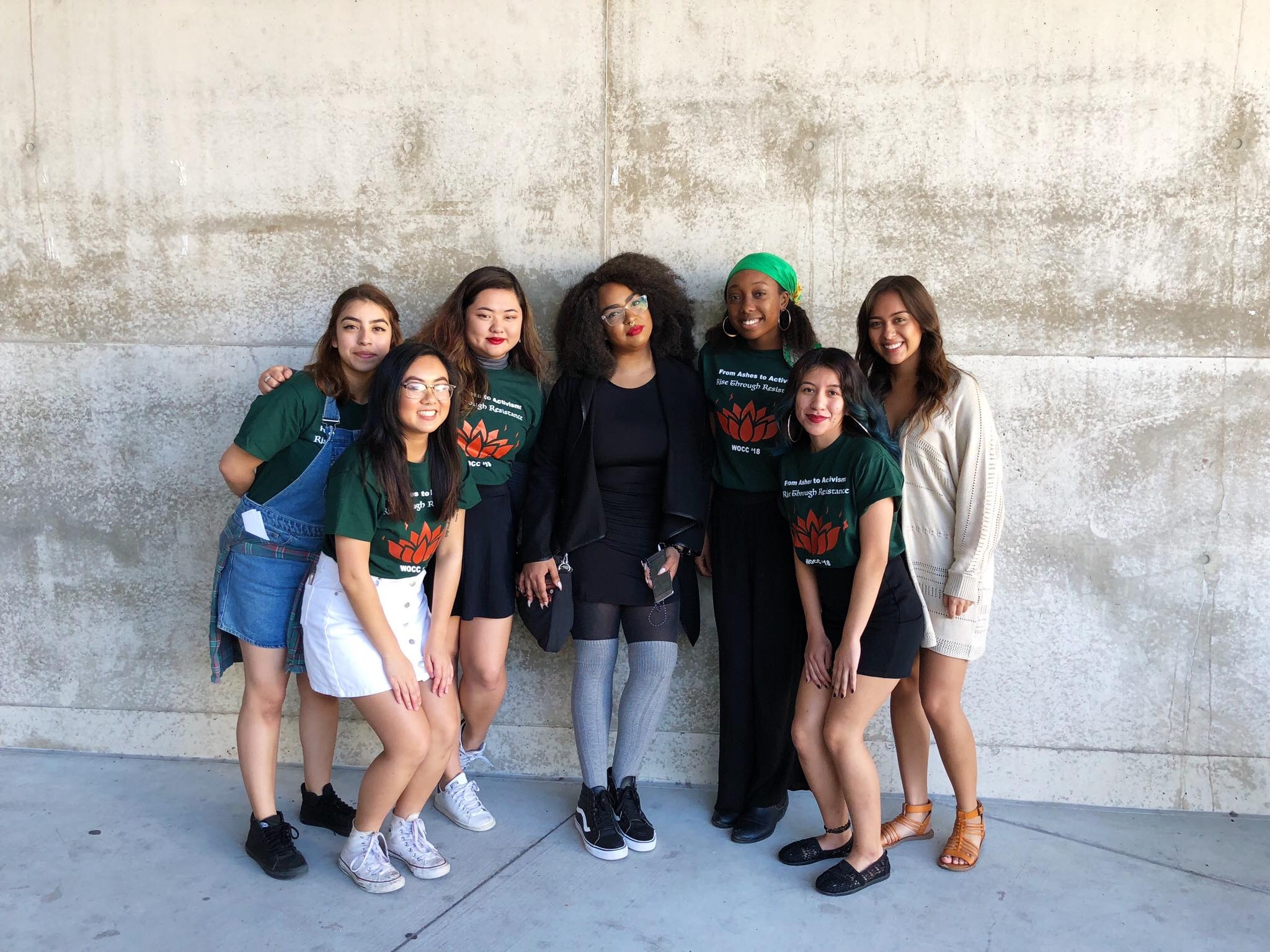 Zahira Kelly-Cabrera (center) spoke about her experiences as an Afro-Latina woman and her own struggles with self identity. Courtesy of the Womxn’s Commission

Womxn of color and their allies came together for this year’s Womxn of Color Conference on Saturday, Feb. 3, to discuss the issues minority womxn face with media representation, mental health and generational trauma.

This year’s theme, “From Ashes to Activism: Rise through Resistance,” was reflected in the speakers, workshops and caucus spaces held throughout the day. The Associated Students Womxn’s Commission hosted the event.

Ilene Ochoa, a fourth-year sociology major and senate liaison to the Womxn’s Commission, said the event was important for womxn of color in the present political climate.

“The board liked the idea of rising from the ashes, being reborn like a phoenix, because even though you’ve gone through hardships, you still come out strong,” Ochoa said in an email.

Zahira Kelly-Cabrera, an Afro-Dominicana writer, artist and international speaker, kicked off the event with a compelling speech about being an Afro-Latina.

Kelly-Cabrera talked about her struggles with self-identity and with being marginalized even within her own Latinx community. She told a story of resilience amidst the hate she received from individuals who disapproved of her voicing self-acceptance as a womxn of color.

She also discussed self-growth and resistance despite her experiences of toxic relationships and feeling like she did not belong to any community.

Many attendees considered the speaker a highlight of the conference.

“I enjoyed the keynote speaker [because] the space was intimate and powerful when she was sharing her story,” Ochoa said.

Sessions A and B featured various workshops focusing on topics such as mental health healing and effectively using radio as a platform for womxn of color to make their voices heard.

“I got a better understanding of women’s roles and how they are changing today and how my mothers and grandmothers role differ from how I’m going to pursue my role as a mother,” Williams said. “I am going to foster that new generation with male and female equality.”

She said her passion for the workshop stemmed from exploring the construct of identity through a more authentic platform in comparison to media representation.

Hour-long caucus spaces, which are safe spaces for different identifications to bond over shared experiences, followed the sessions.

Adena Badawi, an attendee from Orange County, explained the importance behind the caucuses.

“I feel like it’s really important for womxn of color to have an outlet where we can all come together and share our experiences and form connections, and I’ve definitely accomplished that today through all the great people like me that I’ve met,” said Badawi.

Attendees expanded on why the Womxn of Color Conference plays a key role in the fight for equality.

Williams added that it was vital for college campuses to raise awareness and encourage participation in events such as this.

“I think by coming to these conferences, I’m able to see more people like myself and relate to their experiences,” Samantha Mejia, a second-year sociology major, said.

Maria Gonzales, a second-year global studies major, discussed the role that the Womxn of Color Conference plays on campus.

Though the majority of attendees were minority womxn, a few allies attended in order to show their support, get educated and gain perspective.

“Men don’t support womxn very well so I feel like I need to step up and be an example to other men, and I need to learn how to do that properly,” Fred Atef, a visitor from Orange County, said.

The Womxn’s Commission considered the day as a success, and Ochoa said that the event re-motivated her to continue her work as a political activism.

“I see how important this work is in our community and how it can empower other womxn of color,” Ochoa said.

Hope I dont trigger you

Anonymous
Reply to  Hope I dont trigger you

Well, apparently SOME do, but it’s the same people creating a crisis that really isn’t a crisis, but rather a state of mind. It’s that “constant state of siege” mentality inherent to what’s referred to as “activism” these days. Create a cause based on an oppression that really isn’t there & VOILA! But as you said: “No one cares.” Truth spoken.

Anonymous
Reply to  Hope I dont trigger you

SERIOUSLY! This is supposed to be something “revolutionary” in some way? When they started w/ “womyn” during the height of the late 1980’s pc era I was like “you gotta be kidding me!” Now you got this? Honestly, we’re going backwards, NOT FORWARD!