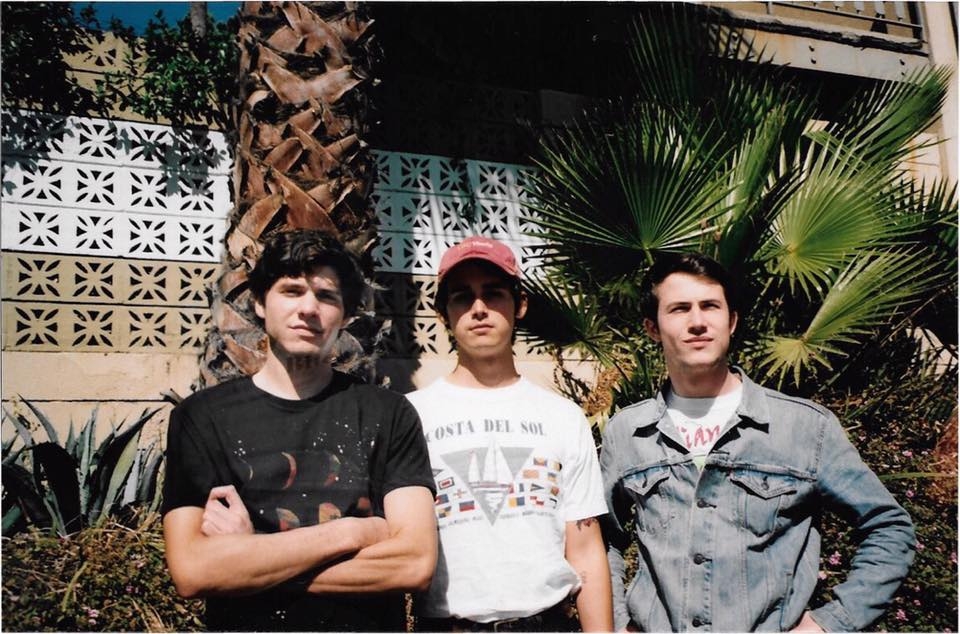 The last time I saw Dylan Minnette, Cole Preston and Braeden Lemasters perform was four years ago at the Whiskey a Go-Go. Even as baby-faced high school seniors, their talent was evident; friends, family and classmates alike packed the legendary Sunset Strip hotspot to support the band, who was then playing under the name The Narwhals. Now, the three are filling venues once again — now as Wallows — but this time selling out clubs and theaters to obsessed fans and total strangers. Following their meteoric rise to stardom, the three childhood friends have embarked on their very first North American tour, which kicked off Jan. 24 in San Francisco.

I had the opportunity to speak with Minnette, Preston and Lemasters backstage at Velvet Jones ahead of their Jan. 30 show in Santa Barbara. The boys, sporting week-old facial hair indicative of the novelty of tour life, spoke with awe over the ability to live out their longtime dream of touring.

“We have new music coming out soon, so it’s great to have something to promote and play,” Minnette said. Lemasters spoke of how embarking on a tour had never been an if, but rather a when. “Since we were growing up we were always wondering when we would be touring, and you never know when that’s going to happen,” he said.

Though Wallows is technically a new band, the three have been playing as a group since they were 13 years old. Different stages of their lives have warranted changes in name (from The Feaver, The Narwhals, finally to Wallows), but only now have they considered making conscious changes to their sound. “Naturally when you’re 15 you’re going to be listening to different things and feeling different things. When you’re 21 and 22 you’re going to be feeling different things. Maybe now and in the years to come it will be more of a conscious evolution,” Lemasters explained. Preston joked, “Yeah, we’re going to change the band name every couple of years.”

While the band is content in working alone at the moment, they have entertained the idea of dream collaborations, including Kevin Parker of Tame Impala and multi-instrumentalist (Sandy) Alex G. They all agree that they would be thrilled to have “a fire rap verse” from Tyler, The Creator, and definitely wouldn’t say no to a Kanye-produced track. As for influences, Preston cites longtime inspirations Led Zeppelin, The Beatles and more recently The Strokes, Arctic Monkeys and Arcade Fire. Additionally, Minnette believes that Frank Ocean is “the most exciting person in music right now,” which is met with nods of approval from Preston and Lemasters.

As openers Nucklehead and Precious Kid wrapped up their sets, the crowd grew anxious for Wallows to take the stage. But the band, seemingly immune to the unruly crowd’s impatience, harmonized backstage to Father John Misty’s “Chateau Lobby #4.” Emerging from backstage, the band was greeted with a mob of screaming fans packed like sardines up into the balcony of Velvet Jones. They kicked off their hour-long set with sleepy single “Uncomfortable,” which was met with enthusiasm from the crowd.

In what turned out to be a surprisingly delightful artistic decision, the group experimented with trumpet and tambourine throughout the performance. In an impressive display, Minnette showed off his uninhibited dance moves, dropping to the floor and dancing with sunflowers gifted by a fan, all while maintaining a hold on his guitar.

Screams of excitement erupted from the audience when Minnette announced they were to play a brand new song, and it was no disappointment. In one of the highlights of the show, Minnette and Lemasters showed off their impressive vocal ranges, with the latter breaking into a particularly captivating falsetto. Noteworthy drumming by Preston got the entire crowd dancing, even starting a conga line from the backstage area that snaked its way around the venue and up into the balcony.

The band closed out their set with singles “Pulling Leaves off Trees” and “Pleaser,” switching up the usual lo-fi sound for heavy drums and bass paired with strong vocals.

Bowing to the demands of the audience, the band returned for an encore, which was far more low-key and personal, ending the set on a high note. Overall, fans were pleased with the performance. Referring to the mixed crowd of fans of the band and fans of the Netflix hit show “13 Reasons Why,” (in which Minnette stars as Clay Jensen), Phillips noted, “It was an interesting intersection between TV pop-culture and music pop-culture.”

Second-year global studies major Jackson Smith was thoroughly impressed by the variety Wallows displayed in their repertoire. “What stood out was the difference between each song, when it would go from a chill, mellow vibe to a faster pace. I enjoyed how the crowd evolved with the music,” he said.

As the band, along with their friends and families, watched the crowd exit Velvet Jones from atop Ablitt Tower, they reflected on the night, expressing appreciation for the enthusiastic crowd — the majority of which were college students and young adults. However, this should come as no surprise; though they are still on the rise, they have the star power and work ethic that will take them far. Wallows is only going up from here.