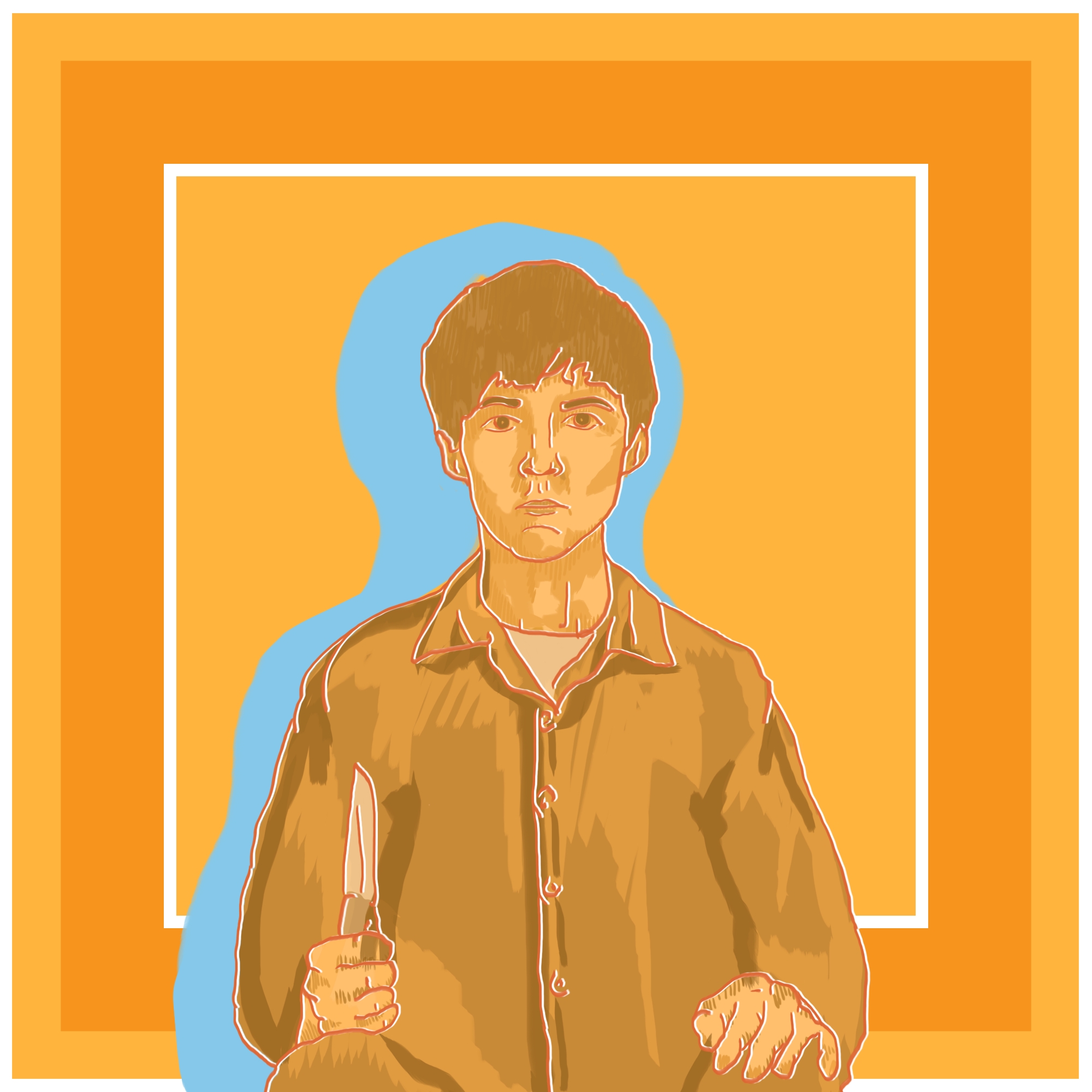 “The End of the F***ing World” is a tale of young love (a twisted, violent-heavy love, but still) reminiscent of a Wes Anderson film, meshed with a dark humor and neo-noir style very Quentin Tarantino-esque — all wrapped up in less than three hours.

This Netflix series follows two teenage, runaway misfits, Alyssa (Jessica Barden) and James (Alex Lawther), who escape their chaotic home lives on a quest for self-discovery. Yes, it’s very reminiscent of Bonnie and Clyde, except that it’s not entirely. James proclaims himself as a sociopath within the first 40 seconds of the show, taking pleasure in killing small animals and self-inflicting pain (showing off an entire burnt hand to prove it). He later explains that he engages in these behaviors in order to make himself feel something after witnessing his mother’s suicide. Except now, he’s ready to move on to bigger targets. This is where Alyssa comes in, a brazen girl with a strong IDGAF attitude battling her own issues at home.

The pilot wastes no time in jumping to the “boy meets girl” trope and executes it in a brilliantly humorous and blunt way; it may be one of my favorite introductions in television history.

As the pilot progresses, we discover that while James is fantasizing about Alyssa becoming his first human murder, she begins to grow comfortable with him, even saying he’s someone she could fall in love with. If that’s not depressing, then I don’t know what is. Evidently enough, Alyssa easily sways James into ditching town with her and he goes along for the ride, as he finds it the perfect opportunity to murder her. By the end of the episode, the two hop in James’s dad’s car and embark on a road trip that promptly becomes more of an impulsive crime spree (the “armed” robbery is hands down one of my favorite scenes) as they search for Alyssa’s father.

The show moves back and forth between perspectives, providing deeper insight in getting to know our antiheroine and antihero. Through the characters’ inner monologues, done wonderfully through voiceovers, we gain a deeper understanding of their personalities. James’s thoughts convey a monotone indifference to match his perpetually disturbed yet aloof façade; Alyssa, on the hand, is quite multifaceted.

Despite her aggressively upfront, careless approach (throwing curses shamelessly at the world, rolling her eyes at anything and everything), thoughts expose her as vulnerable and wounded. It’s comical as viewers to watch how vastly different these two characters are; Alyssa is all nihilistic spunk and spontaneity while James is merely a bystander to all her wayward antics.

At the core of it all, they are two teens struggling with that awkward in between: they’re not quite adults and not quite kids anymore. They’re brimming with a bleak resentment to an awful society, taking out their frustrations and fragilities in a manner that’s both droll and gloomy.

However, what makes this story so oddly beautiful is the human connection that is made between two people who seem so, well, inhuman. It’s when Alyssa somehow finds her way back to James and when James somehow can’t bring himself to leave Alyssa in spite of her mad father — it’s these moments that display how much they’ve come to care for each other. The sinister events that follow their escape and mutual feeling of adolescent confusion tie them together, a bond that can’t be broken. No matter how deranged the story is, it’s a story of love.

Overall, “The End of the F***ing World” provides all the essentials for an indie teen flick: a road trip, a banging soundtrack, running from the authorities, two underdogs we really shouldn’t be rooting for, but do anyway … and an honorary mention to the wardrobe change mid-season (a Hawaiian shirt makes for a perfect disguise, right?).

However, all this would not be so easy to binge in an entire day if it weren’t for the compelling acting of the two leads. Barden pins the tail right on the donkey with her character; while playing a bratty teenage girl with issues sounds derivative and cliché, it’s done with a complexity one simply can’t help but love. I fear her, but I also just want to be her mom friend.

Additionally, Lawther’s performance is phenomenal, capturing all the subtle intricacies that make James so disconcerting and intriguing to watch (I expected nothing less after seeing him on “Black Mirror”). As each episode briskly passes by, it becomes hard to not fall for the charms of the duo.

Writer Charlie Covell and director Jonathan Entwistle remarkably capture the genuine connection that evolves between Alyssa and James. It’s a fast-paced story, jumping from one mishap to another, with side narratives that thankfully do not detract from the main plot — everything is well interwoven until the very end of the series. Right when you become engrossed into this explicitly dark, dark world, it all comes to an end, and eight episodes suddenly feels far too short.

It’s unlike any show I’ve seen on television; it’s the perfect storm of teenage rebellion to a heightened ending. Despite the ambiguous finale that leaves the viewer in a stupor, desperately itching for more, it’s hard to envision continuing this world after the helter-skelter chaos of one season. Bravo Alyssa and James, for making a love story truly feel like the end of the fucking world.