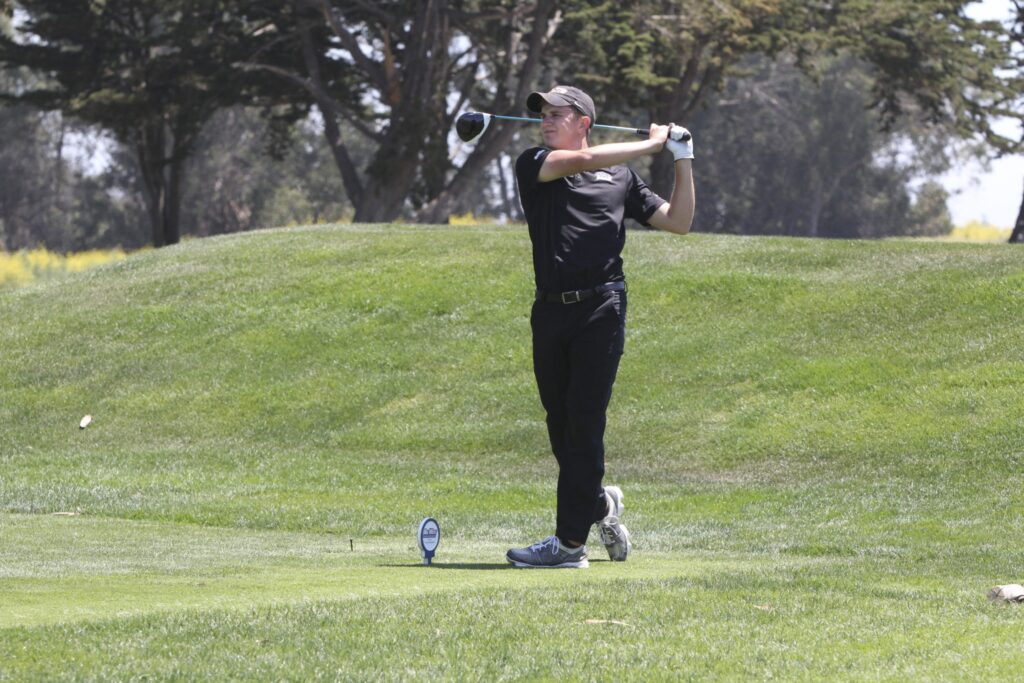 Thanks to a great performance from junior Brandon Bauman, the UCSB men’s golf team rallied to finish in second place at the Waves Challenge hosted at the Saticoy Country Club this past weekend.

“I was very happy to have finished second place,” Head Coach Steve Lass said. “We had some wonderful individual performances, especially on the final day, and we had a couple top-10 finishes so that was good.”

For Santa Barbara, this marks its second, second-place finish of the season and is a sign of good things to come with the spring season just starting. The Gauchos have competed in four total tournaments so far this season.

UCSB finished with a final score of 914, 37 strokes behind Pepperdine and just one point ahead of third place Boise State. Pepperdine’s 37-shot win is the new program record for margin of victory.

Bauman finished tied for fourth in the individual after finishing 7-over par 223 and carding an even 72 in the days’ final events to move up four spots. Most of the field finished above par for the tournament minus Pepperdine’s junior golfer Sahith Theegala who carded 11-under par 205. Theegala’s 16-shot win is the new school record for margin of victory.

Tied for fourth with Bauman was CSUN’s senior Felix Mory who won last years individual at the Big West Championships. As a whole, Cal State Northridge finished the worst of the seven competing Big West teams finishing in 13th out of 15 place.

“Felix is a really outstanding player and Brandon is too so it was great to see them play well,” Lass said. “It was nice to beat all of the Big West teams here and have them worry about us here during the spring season. I want out guys to have the confidence to know we are a bit better than these good teams.”

Junior Nick Swanson also had a great final day carding 4-under par 68, the second-best mark of the day, to help him finish tied for eighth at the Challenge. Swanson also had the second most birdies of anyone at the tournament with 11.

The rest of the team struggled including November’s Big West Golfer of the Month, Matthew Moomjian who would finish tied for 45th carding 25 over par for the tournament.

“It is now my job to figure out to make sure Matt does not lose confidence,” Lass said. “Although Matt has accomplished some pretty good things in college golf thus far, he is still just a sophomore without much experience. As he matures he will continue getting better.”

Freshman Kyle Maspat tied for 32nd with 20-over par while sophomore Brandon Bueno was 66th shooting 33-over par. On the bright side for Bueno, he earned a hole-in-one on the 10th hole in his first collegiate start.

Overall, the Gauchos certainly are proud of a second-place finish, however, it is clear some more work needs to be done. Despite the difficulty of the course, carding 50-over par is not something UCSB wants to become a habit.

On the plus side, Bauman and Swanson are continuing to improve off what was a great year for them in 2017, now the Gauchos need to solidify the other three slots.

“The course was very difficult to play just because of the conditions and how windy it was,” Lass said. “So I understand shooting a high round but that does concern me and going forward we want to have all five guys playing really well and not just relying on a few.”

By this point last season, Santa Barbara had already earned both a first and second place finish so the Gauchos aren’t far off. That being said, this year UCSB is the team with the target on their backs following their Big West Championship finish last season.

“It’s always great to win and have some success,” Lass said. “And now at this point, I just want to find out top five players for the rest of year and hopefully things will pan out come Big West Tournament.”

The Gauchos will be back in action at the John A. Burns Intercollegiate in Lihue, Kauai, Hawai’i taking place Feb. 15-17.