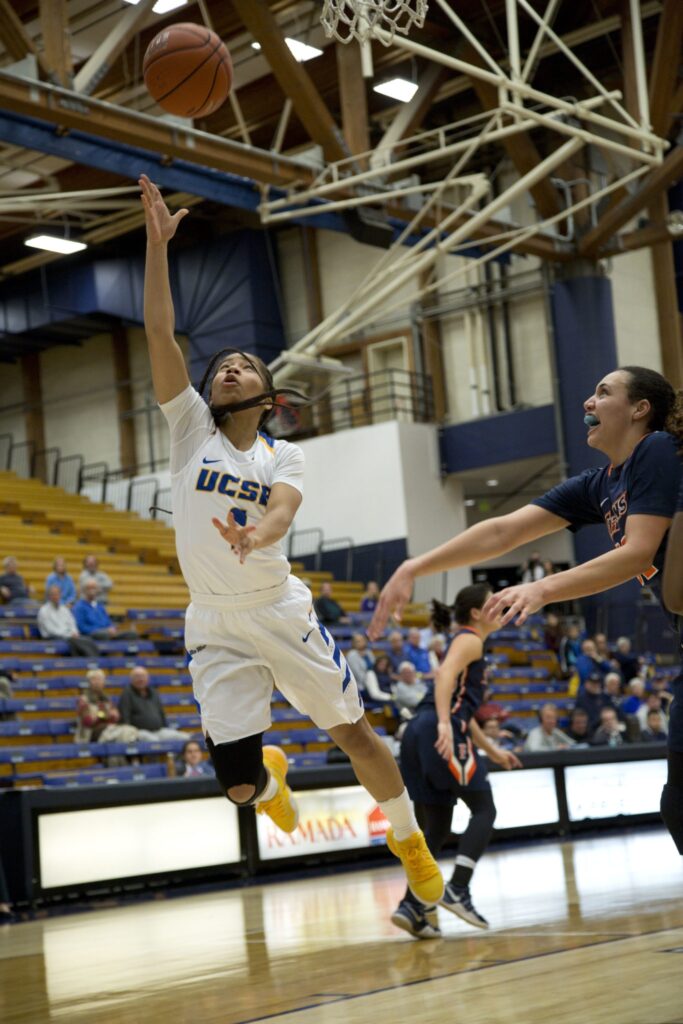 Following its 90-74 win over Long Beach State this past weekend, the UCSB women’s basketball team is currently in second place in the Big West at 4-2 while also putting up a 7-11 overall mark thus far.

For a team that once suffered a nine-game losing streak earlier this season, UCSB has come alive in conference play and continues to flash signs of maturity and improvement that could lead to the first Big West title in the Bonnie Henrickson era.

As conference play continues, Santa Barbara will look to benefit from its week-long break between games in preparation for the Gauchos’ highly-anticipated matchup with 15-3 UC Davis.

At 5-0 in the Big West, the Aggies are undefeated in conference play thus far and boast a 7-1 record at home.

While the Gauchos lost to Davis at home on Thursday, Jan. 18, 68-61, Santa Barbara’s big win over Long Beach State signals its persistence.

In Saturday’s road win against Long Beach, Drew Edelman and Sarah Bates combined for 45 of the Gauchos’ 90 points.

Edelman, a redshirt senior, posted her 23 points off her most efficient night shooting the ball this season (10-plus field goal attempts). The 6’4 forward shot 10-of-13 from the field and went a perfect 3-3 from the free-throw line, her fifth game this season being perfect from the line.

As Edelman continues to control the paint with an average of 14.7 points per game and 9.2 rebounds per game, guard Sarah Bates has kept up her stellar performance, which is especially impressive for a freshman.

Bates is Santa Barbara’s second-leading scorer behind Edelman with 10.6 PPG and is also the most efficient shooter from three-point range in the conference shooting 44.7 percent.

In the win over LBSU, the freshman guard went 6-9 from behind the arc for her career high in three pointers made.

Also second on the UCSB roster in minutes played with 27.1 minutes, Bates has been an impact player both during the regular season and in Big West play.

If the Gauchos hope to end UC Davis’ five-game winning streak, they’ll have to get better performances than their last meeting with the Aggies from the rest of their roster.

In their first matchup played just one week ago, UC Davis visited the Thunderdome and came away with the victory in large part due to holding Edelman to only six field goals.

Plaguing the Gauchos on that night was their shooting. Ending the game shooting 33.9 percent overall and 25 percent from three, UCSB will certainly aim to find the net more efficiently Saturday in Davis.

Only losing by a close seven points, Santa Barbara has a feasible chance to redeem itself, but the Aggies have some weapons of their own.

Averaging 19.4 points per game this season, redshirt junior Morgan Bertsch has been part of the Aggies’ success.

Bertsch, a 6’4 forward, has led Davis in scoring in 15 games this season and produced a 16-point and 10-rebound double-double in the last meeting with the Gauchos.

Despite struggling at the beginning of the night against the Gauchos, Bertsch was a key cog in helping UC Davis seal the win scoring six points, collecting three rebounds and assisting on two baskets in the fourth quarter of the match.

Also hurting the Gauchos in that game was Aggie Pele Gianotti, who scored 15 points despite missing all six of her three point attempts.

Gianotti, a senior forward, is averaging 10.1 points per contest and leads her team in rebounding, averaging 5.8 boards per game.

Santa Barbara will need to make the necessary defensive adjustments against Davis in order to limit Gianotti’s and Bertsch’s production, but the Aggies will undoubtedly be ready to compete in the clash of the top-two Big West teams.

Just one year ago, UCSB was the team that upset UC Davis in the Big West Tournament Semifinal.

The Aggies have not forgotten that, and a regular season sweep of the Gauchos will be a good token of revenge. UCSB will take on UC Davis at 2:30 p.m. on Saturday, Jan. 27, at The Pavilion in Davis, CA.