The Daily Nexus
On the Menu
Cuernavaca Cuisine
January 25, 2018 at 12:47 am by Tiffany Velazquez

Settled on W Carrillo Street and De La Vina Street, across the street from Starbucks and Rusty’s Pizza Parlor, is one of Taqueria Cuernavaca’s three locations along the Southern California Coast. Offering great and authentic Mexican food at a reasonably low price, Taqueria Cuernavaca sets itself apart from some of the more run-of-the-mill options we typically come across in Goleta. 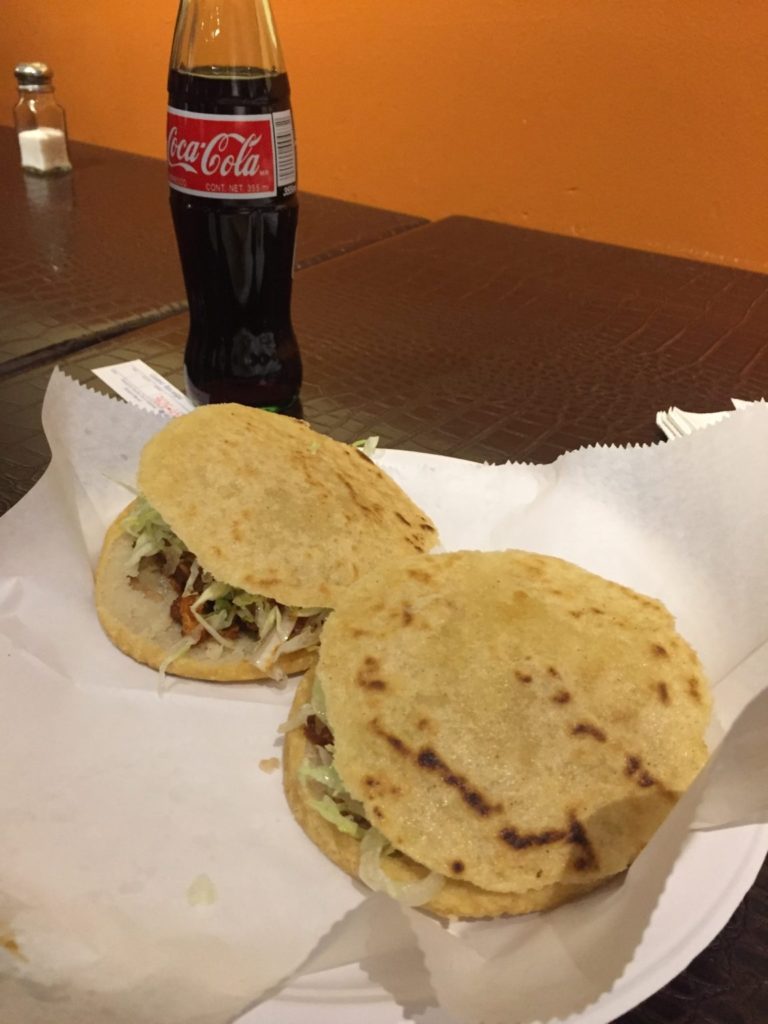 My friend had initially insisted upon trying the place out after a day spent shopping on State Street, having come across it on more than one occasion but never managing to actually try the place out. So with me in tow, we made our way inside.

The menu boasted the usual classics, along with platters such as enchiladas and pozole. Rather than going for the usual tacos or burrito, I opted for gorditas de tinga. At times resembling a stuffed tortilla pocket, the restaurant’s resembled more of a sandwich. The gordita entailed a thick tortilla that had been cooked on a comal, cut and then filled with meat and assorted toppings. With chipotle-marinated shredded chicken, lettuce, sour cream and cotija cheese all nestled between two homemade tortillas, my mouth was watering before the plate of gorditas had even been set before me. The spiciness of the chicken was nicely offset by the other ingredients’ milder flavors, allowing for a kick of heat without wishing I had ordered a second drink. Juicy and overall nicely flavored, it was one of the best dishes I’ve had since coming to Santa Barbara. As someone who is forever homesick for L.A. taco trucks, that’s a big statement to make. 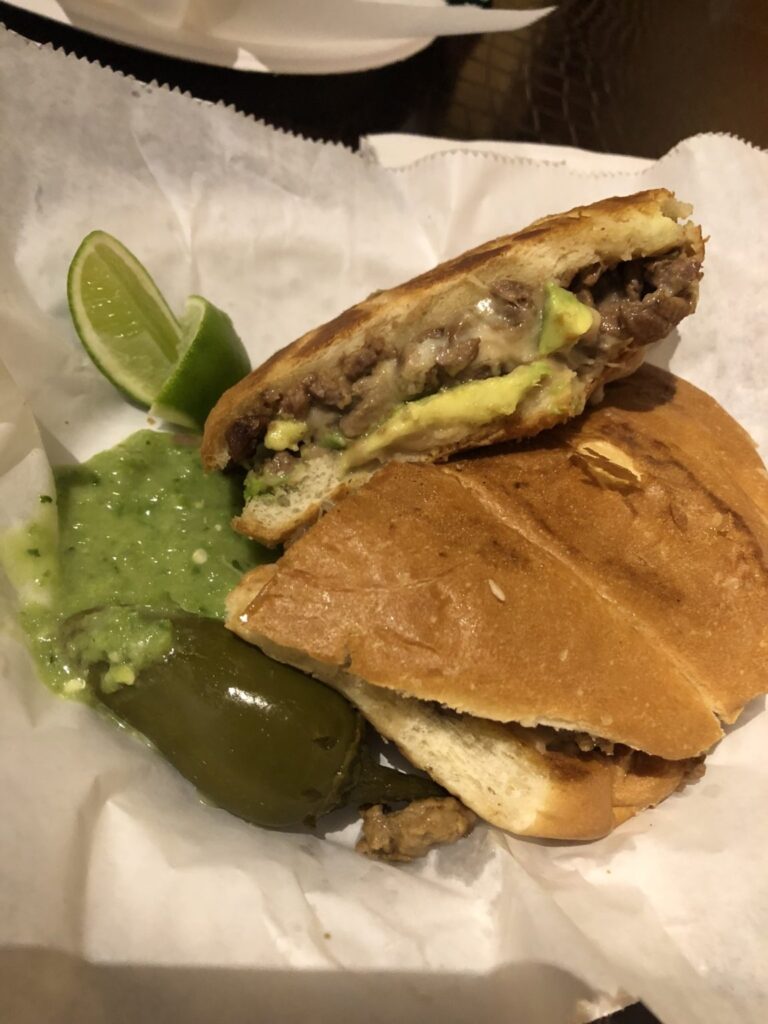 My friend took a different approach with the torta de asada, declaring it her go-to menu item at Mexican restaurants. Tortas typically entail a long, firm sandwich roll that is grilled or toasted and served with meat and a variety of garnishes inside. The torta consisted of refried beans, avocado, tomatoes, cheese and steak sandwiched inside two slices of telera bread. In the case of my friend, the torta also included a healthy helping of salsa verde, lemon and jalapeño. Judging by the smile on her face and the rather empty plate left behind, I would say the torta met her standards.

I’ve gone back twice since initially eating there, and I’ve yet to be able to pick something else off the menu; my stomach just can’t justify leaving a good thing behind. So for now, I’m in a happy committed relationship with Taqueria Cuernavaca and their extremely delicious gorditas. It’s a good thing that both the 24X and my friend’s car drop me off right by the restaurant so I can continue feeding my addiction. At least it’s not fast food.