The Daily Nexus
News
Affected by Disaster, Professors Took Action
January 25, 2018 at 12:01 am by Tamari Dzotsenidze

The year 2017 ended with the Thomas Fire ravaging the hills of the Santa Barbara and Ventura counties. The new year began with fatal mudslides that claimed 21 lives, devastated over 100 homes and forced  the closure of U.S. Route 101. 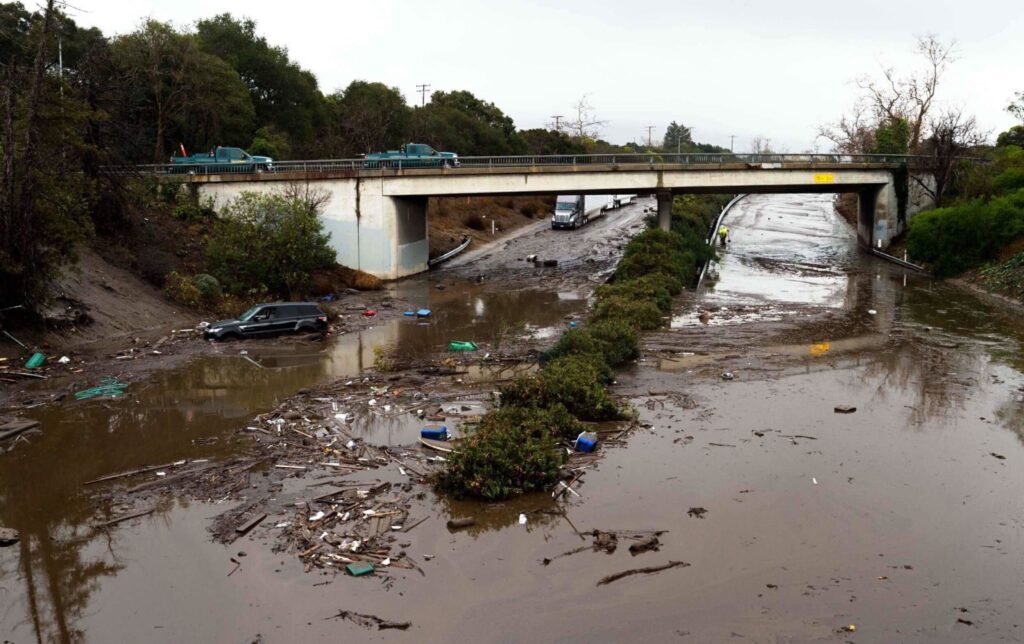 UC Santa Barbara faculty and staff have been heavily impacted by these events, personally and as part of a larger community. Some lost friends and others were stranded south of the freeway closure, forced to rely on alternate forms of transportation to reach campus.

While many students fled the fires by going back to their hometowns, most faculty and staff did not have that option.

“I went stir crazy,” said Janet Mizrahi, a professor in the writing department, in an email. “I continued to meet my goal of 10,000 steps daily by listening to an audiobook while I walked in circles in my small house! My dog thought I was nuts!”

For Nomi Morris, another professor in the writing department who lives in Upper Ojai, the fire originated near Ojai and blazed through her neighborhood, giving her only a half an hour to gather her belongings. While her own street was spared, many houses in her neighborhood were destroyed.

She first evacuated her home and came to Goleta with her family, until the unhealthy air quality pushed them to move further north and stay with a family friend.

Some professors living in voluntary evacuation zones also had to leave their homes just before finals week. Many made their exams optional or changed them to take-home finals.

The mudslides in January also made it difficult for many faculty and staff to get to campus.

Writing professor Ilene Miele was forced to drive through Ventura during the Thomas Fire until she ultimately decided to cancel class for a day because of the fire’s proximity to Route 101. For the past week, she has been taking the ferry to Santa Barbara, initially relying on a colleague to drive her to campus before learning about a UCSB shuttle service at the Santa Barbara Harbor.

“What caused the most anxiety for me, at first, was not knowing how I would get there and make it to the first day of class,” Miele said in an email. “The first day they warned us to expect a rocky ride, but it was a fairly gentle roll … Overall, I was fortunate that we had good weather and the rides were fairly quick (an hour and a half each way).”

Morris stayed in Santa Barbara for the first week of the quarter due to closed roads and classes that end too late for her to take a train back.

She said that because of the staff’s commitment to health, they went to extreme lengths to reach campus, with some staff staying overnight in Santa Barbara for the week. One pharmacist even flew to Santa Barbara from Oxnard in the morning.

“Every day was a new challenge,” Ferris said. “When you’re in healthcare you can’t just close.”

Beyond physical losses, the constant evacuations and impacted schedules have taken an emotional toll on staff and faculty.

“I managed to stay calm from day to day, but never quite sure when and if I would freak out,” Paul Sonnino, a professor in the history department, said in an email. “Haven’t yet, but the sense of uncertainty is taking its toll.”

Mizrahi lost a close personal friend who was swept away by the mudslide.

“Losing a contemporary is a devastating kind of loss — after all, it so easily could have been me,” she said in an email. “It’s emotionally devastating.”

For Miele, her experiences being blocked from campus and driving through the fire have left her uncertain.

“These days when I get on the 101, I think of it as the highway of doubt. Depending on the conditions, you’re never quite sure whether you’ll get there or if you’ll get home,” she said. “Much as I know we need the rain in Southern California, I’ll be glad when winter is over this year.”

Some professors also faced backlash from students over the cancellation of classes and office hours.

“Some insensitive students — just a couple — got very upset because I did not give them automatic ‘A’s as compensation for my having had to cancel some office hours since the fire was approaching my house,” Sonnino said in an email.

Other professors greatly enjoyed returning to campus, with students expressing concern for their well-being.

“It was a relief to see young people, you know, hear the regular questions, and I’m enjoying my students immensely,” Mizrahi said.

Under the difficult circumstances, many praised the university for offering financial assistance through a special fund for faculty and staff.

Some, however, have raised concerns about the speed at which UCSB made decisions.

“As a faculty member I had the flexibility to cancel classes when I thought it was unsafe, but I know that staff members did not necessarily have that same flexibility,” Miele said. “So, while I understand that there are many complexities involved, I have concerns about the university’s ability to respond more quickly.”

Despite the financial assistance, the experience has been challenging for those who were blocked by the roads.

“The university has been terrific, but it is draining, it is stressful [and] it is harder to work. We’re all doing our best,” Morris said.

Overwhelmingly, faculty and staff echoed the same sentiment — things could have been worse.

“I just continually have this feeling that I got off easy,” said Morris, grateful that she still has her home, despite the lingering smell of smoke. “I just really want to make this clear that compared to what the people in Montecito are going through, I went through nothing.”

Sonnino echoed similar sentiments, saying that compared to tragedies around the world, losing utilities at his house or a nearby bridge shattering are insignificant.

“It only made me aware of how much worse off are people in Aleppo, Israel, Palestine, Puerto Rico, Seoul and other places who live under imminent threat day in and day out,” he said.

Everyone copes with tragedy in different ways.

Her op-ed in The New York Times, titled “Climate Change in my Backyard,” addresses the impact of climate change on recent climate disruptions, and acts as a “call to action,” urging people to focus more on environmental policy.

“You just need one degree of separation to meet someone affected by this,” Stokes said. “My op-ed is about changing people’s minds, about how we talk about these events.”

She hopes that people will speak out and influence others to understand that blaming Montecito residents for not evacuating is simple. Instead, she said, people need to understand the greater causes behind the devastation.

Others focused on philanthropy and helping their community. Morris personally raised over $3,000 for two people who she knew were in need.

For Mizrahi, the loss of her friend has pushed her to embrace the present.

Here I was expecting this was going to be about how UCSB professors, somehow, contributed to the actual healing or rebuilding of the community whom they serve.

Guess I should have realized! More narcissistic spewing about how hard life is, meeting your daily step goals, or having a delay in your daily commute.

It is, of course, very easy to contribute to rebuilding your community while you are trapped in your home without water or lights.