The Daily Nexus
News
High Insurance Costs Prevent El Elotero from Selling on Campus
January 18, 2018 at 12:37 am by Victoria Gurrola

Local street vendor Hijinio Camacho, El Elotero, will not be returning to the UC Santa Barbara campus to sell his famous elotes during Winter Quarter because he cannot afford the high insurance costs required of on campus vendors. 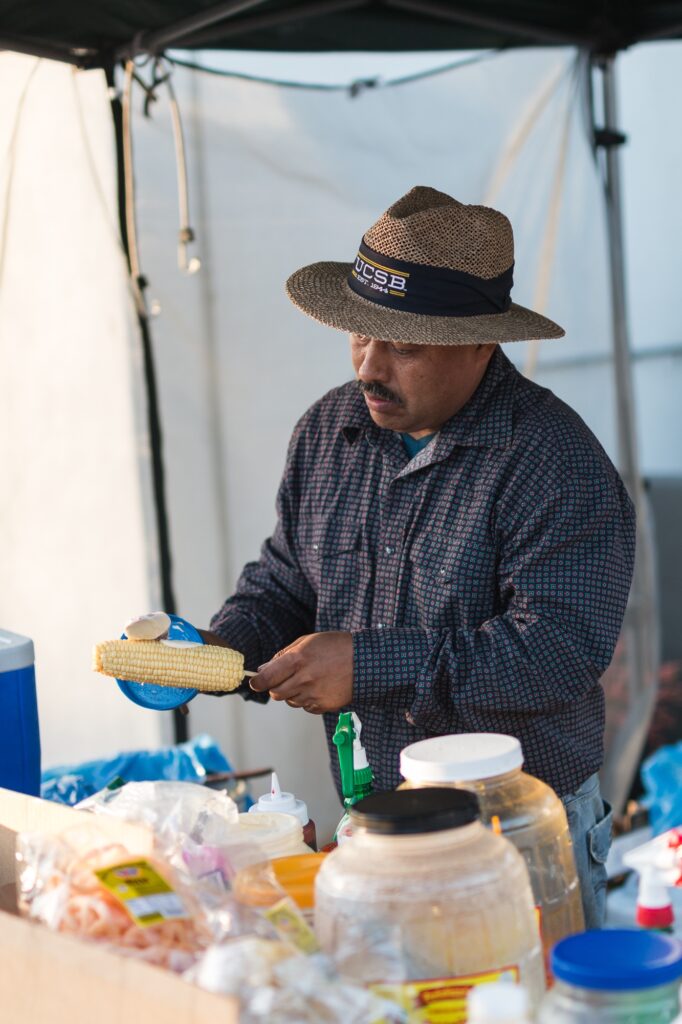 Due to expensive insurance required by the university, Hijinio Camacho has decided not to sell on campus, but instead keep
his business contained to I.V. He hopes to later open a permanent location, but for now frequents street corners in Isla Vista. Stephan Manga/Daily Nexus

Camacho needs to provide proof of insurance to resume selling on campus, according to the Office of Student Life (OSL). OSL has recommended an insurance provider and has contacted Camacho to ask about his progress towards meeting the school’s requirements.

The insurance required by the university needs to cover up to $2 million in liability, which is a monthly payment Camacho says he cannot afford.

Days before Fall Quarter began, Camacho learned that he and other off-campus vendors would no longer be allowed to sell on campus because the vendors’ sales violate Environmental Health and Safety policies regarding vendors unaffiliated with the university.

OSL later clarified the requirements needed for off-campus vendors to sell on campus. Camacho explained, however, that he would not be returning to the campus because the costs of the required permits and insurance would outweigh the benefits of selling one day of the month or even one day out of the week.

Camacho sold in Isla Vista throughout Fall Quarter, even while Santa Barbara was under “hazardous” air quality due to the Thomas Fire during December.

“When I have a contract with the students, I have an obligation to come, rain or shine,” Camacho said.

Camacho situates his canopy on Pardall Road and alternates between Isla Vista street corners, where the traffic provides more opportunity for sales. 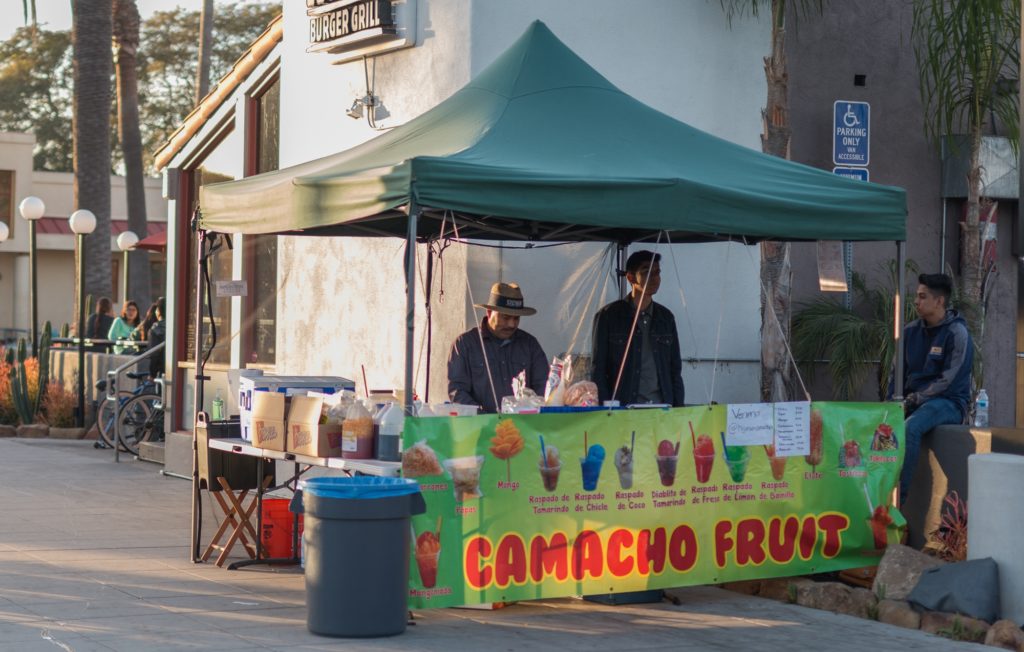 Camacho’s business is currently registered as a business within California, and he is in the process of finalizing the permits that would allow him to sell on Pardall Road.

County regulations require temporary food facilities to provide a cleaning station, use only prepackaged foods and clearly display permits and other paperwork. Camacho’s business meets all these requirements, and he has also been assigned a county inspector he can contact if there is a problem regarding his sales.

Camacho held his last fundraising event of Fall Quarter with Hermanas Unidas on Dec. 7 while ash was falling from the sky.

Camacho also expressed interest in expanding his business and clientele. He said he hopes to expand his fundraising services to student organizations from other campuses. He is also working towards a permanent location in I.V. for his business, Camacho Fruits.

“That is my goal, to work with the students so that they have an income. I’m not doing this for myself,” said Camacho.

A version of this article appeared on p.3 of the Jan. 18 print edition of the Daily Nexus.

Did anyone check their legal status?

I don’t understand this bleeding heart, violin wine for this barely legitimate open street vender, skirting the laws and regulations of Santa Barbara enviormental health department and the university itself. Maybe you should check with the local established food and retail establishments who follow the rules, meet requirements, pay inspection license and insurance fees, conform to EEOC regulations, pay state , local, and federal taxes,, fork over to local property taxation and generally participate in support for UCSB students, and activities. ( All the while crossing their fingers they won’t be singled out as being racist or discriminatory, having boycotts… Read more »

So I can get permits to open a hamburger stand on the sidewalk in front of The Habit?