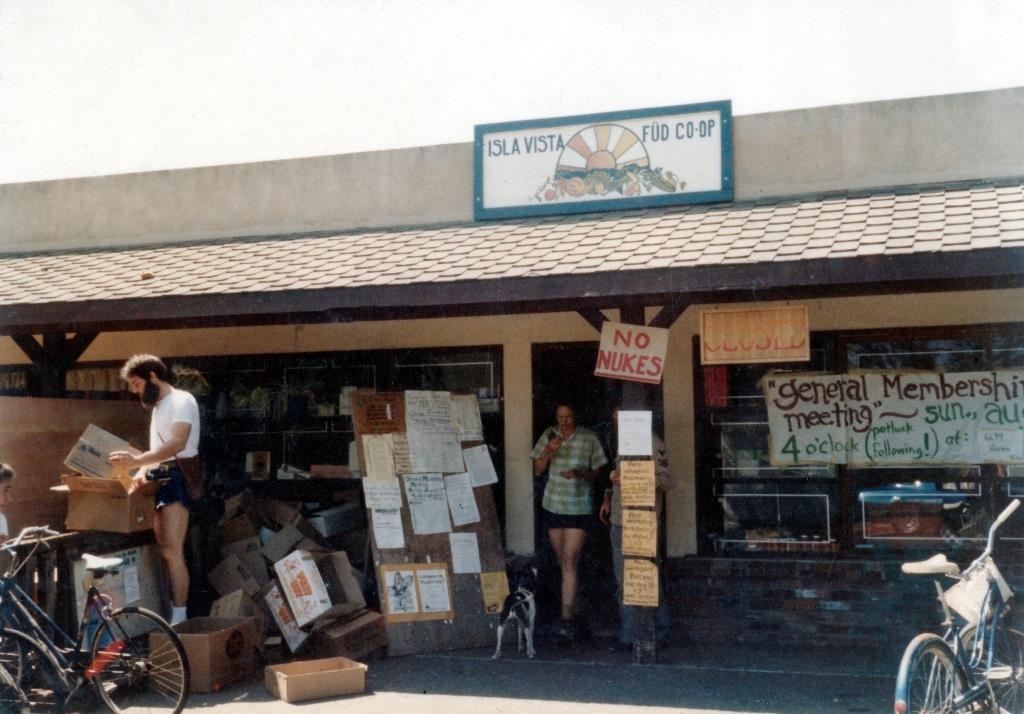 The business’s original name was the I.V. Füd Co-op, and it was created following a series of political protests in I.V. Courtesy of Melissa Cohen

The Isla Vista Food Cooperative celebrated its 46th anniversary on Jan. 7, a reminder of the co-op’s growth over the years, aided by the community’s collaboration efforts to save the co-op from eviction in 2012.

Since UC Santa Barbara students and I.V. residents founded the business in 1972, the co-op has worked throughout the community and on campus to provide students with a network that connects the I.V. community to healthy and sustainable food.

The co-op’s history stretches from its origins in the 1970s anti-war movements to the business’s purchase of its Seville Road building location five years ago. The co-op acquired the building in 2012 through Project We Own It, a crowdfunding endeavor that allowed the co-op to raise a quarter of a million dollars needed to secure the building.

Most recently the co-op helped those who had been affected by the Thomas Fire by offering a “round-up” change program, a 15 percent discount for evacuees and a food donation bin.

“I have so many fond, challenging, happy, and exhilarating memories over 14 years working at the Co-op, and seven of those years as the leader of our 46 year old community institution,” co-op general manager Melissa Cohen said in an email.

The grocery store is owned by over 2,000 members of the community and is run by a board of directors who are annually elected by community members and serve two-year terms. They also hire a general manager — currently Cohen — who oversees operations.

The co-op works by allowing members to enter with a $30 investment. Members of the co-op then can receive several discounts and have the ability to vote or run for the board of directors.

The business’s original name was the I.V. Füd Co-op, and it was created following a series of protests in I.V., according to a history written by Cohen. The first store was located on Pardall Road and the second was on Seville Road. 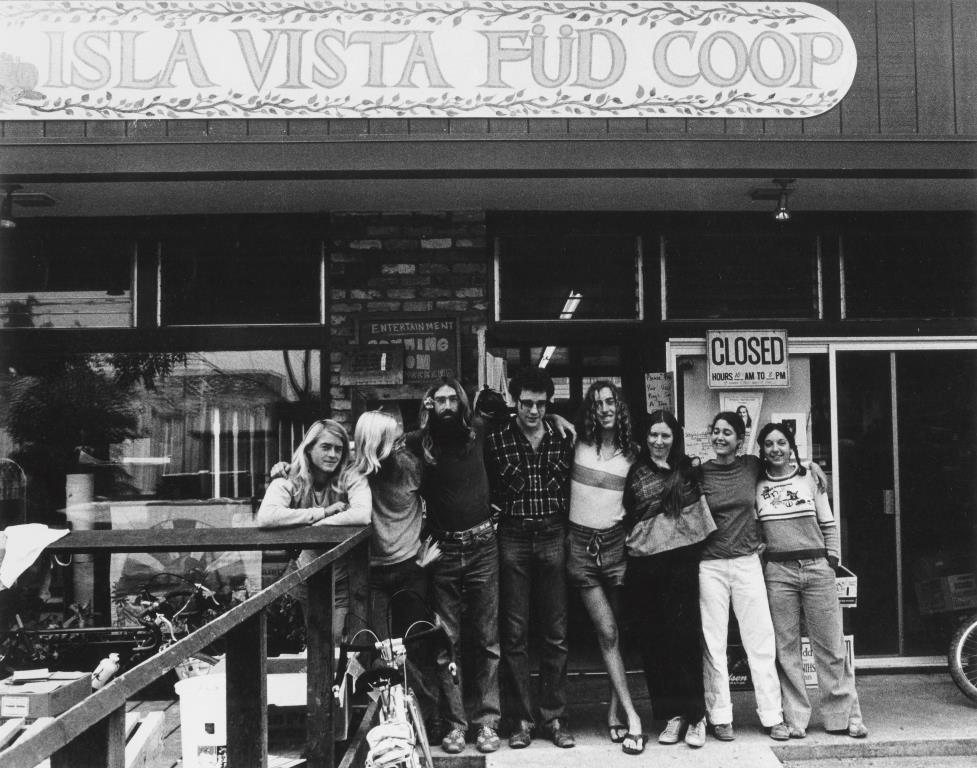 The Whole Wheat Food Co-op was the co-op’s predecessor. The Club split I.V. into sections and distributed locally sourced food from suppliers who met at Anisq’Oyo Park every Saturday. Courtesy of Melissa Cohen

“The I.V. Food Co-operative has deep political roots — it is one of many “alternative institutions” that arose directly out of the [anti-war protests] (Bank of America burning) in IV’s early 70s anti-war history,” founding-owner and 46-year I.V. resident Maia Maia said in an email.

“This creative outpour was a way to actively heal and help the I.V. community serve the values of peace, egalitarianism, and a return to more direct environmental connection,” Maia said in an email.

The Club split I.V. into sections and distributed food such as potatoes, cheese, bread and dairy products from local suppliers who met at Anisq’Oyo Park every Saturday. Each household wishing to participate paid a five-dollar fee.

The food co-op began as an independent study project in the UCSB sociology department and grew after the Whole Wheat Food Co-op ended.

While the student behind the idea of the food co-op, Chris Atwood, initially accepted an incomplete grade on his project from the professor, UCSB Associated Students gave a $13,000 loan to the co-op and the Pardall location opened in January of 1974.

“As one of many founding members, I am profoundly grateful the co-op is around to celebrate it’s 46th Anniversary! I hope students and non-students alike will realize how fortunate we are to be able to choose to support a local cooperative,” Maia said in an email.

“There was a jolly crew of volunteers who cleaned up when we vacated the Pardall store and the next crew which built the Seville store,” Kennedy recalled. 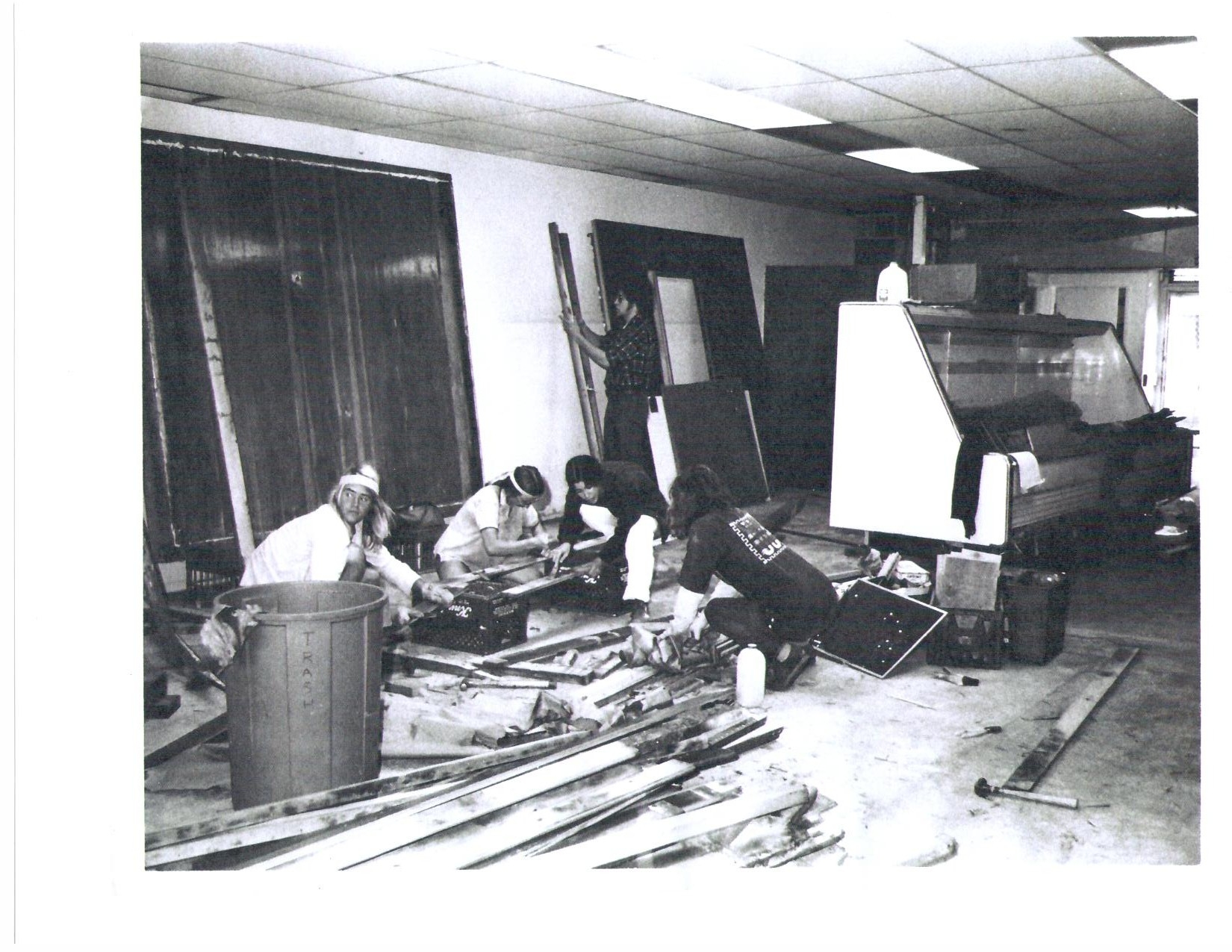 Arthur Kennedy, a 60-year I.V. resident, recalled a “jolly crew” of volunteers who helped clean the co-op when it relocated from Pardall Road to Seville Road. Courtesy of Melissa Cohen

Project We Own It

In 2012, the building’s owners decided to sell the structure and informed the co-op — which had been renting the space — that the business had to decide if they wanted to purchase the building themselves. Otherwise, they had to find another location for the co-op.

Cohen recalled that the building owners gave the co-op administrators 10 days to decide if they wanted to purchase the building for $1.62 million.

The co-op needed to put down approximately $225,000 as a downpayment in order to purchase the building, so administrators launched the Project We Own It campaign to crowdfound the money.

“[The co-op] was the only public space that I could go to fulfill a healthy lifestyle and find conscious community — a place that embraced all things cooperative, funky, vibrant, interesting and fresh,” said Abbey Wolff, UCSB alumna and campaign manager of the Project We Own It, in an email.

She said when she learned the co-op was for sale, she knew she had to help.

Wolff approached A.S. with the project and asked for a donation so the co-op could purchase the store. The student government agreed to a $40,000 donation which was later approved by the UC Regents, and the rest of the money raised — approximately $225,000 over two months — came from donations.

She explained that “the community stepped up with cooperation and ownership and bought itself a co-op for generations to come.”

Cohen said her favorite moment as general manager came on Jan. 11, 2013, when she received news that the co-op had been given the deed to the building. 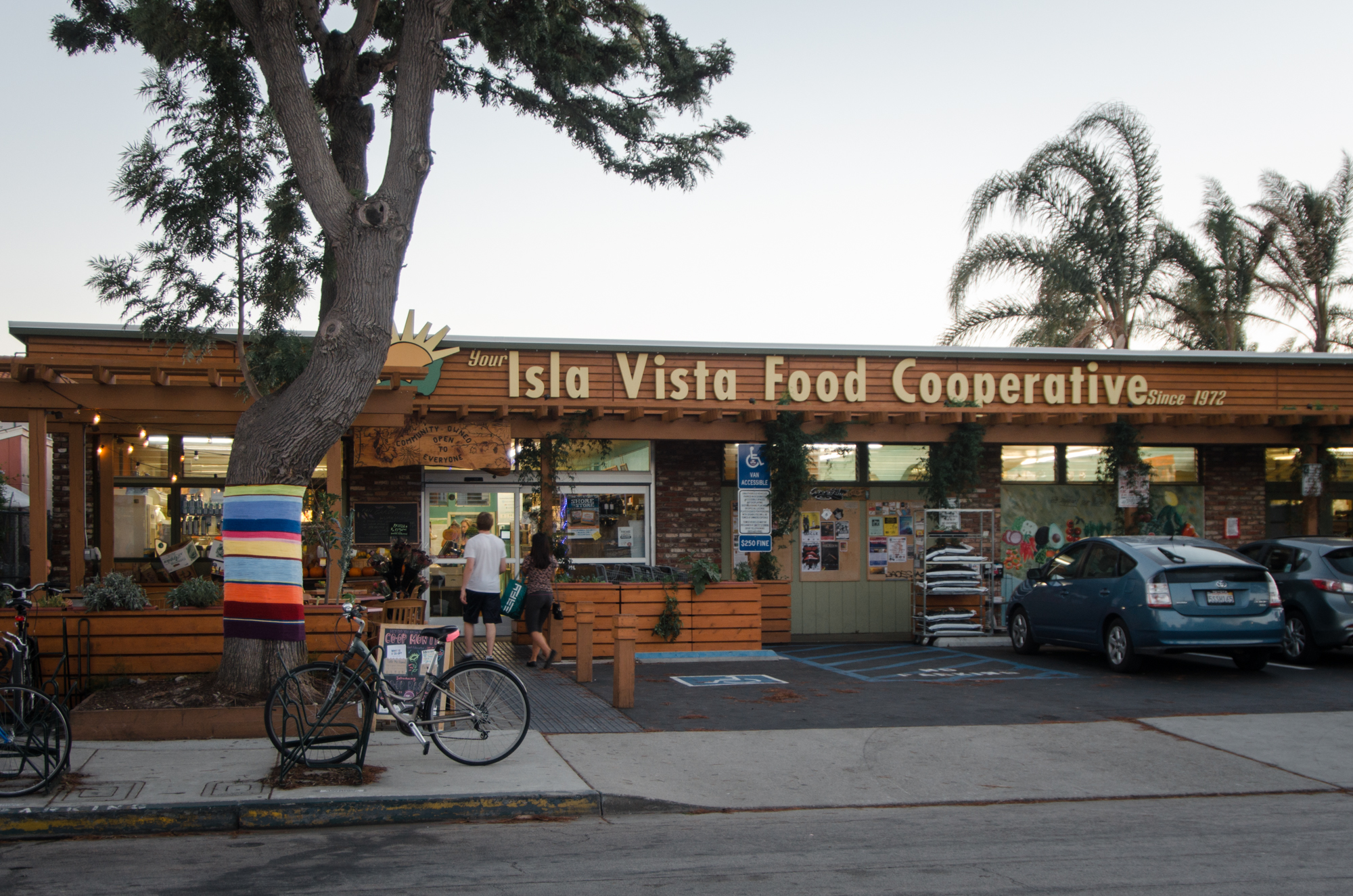 The co-op was purchased with money donation from the UCSB A.S. and donations from local community members. Vivian Bui / Daily Nexus

“We were officially the owners of the building, property, and parcel that has lived, loved, and let grow our little Co-op by the Sea,” she said in an email.

She explained that purchasing the building meant they could maintain control over the future of the co-op, continuing its legacy in the community.

“We are the first food co-op in modern history to crowdfund the down payment for our building,” Cohen said in an email.

“It’s amazing what can happen when a small, thoughtful group of dedicated people realize that they can indeed change the world,” she said in an email.

In the early 1990’s there was beautiful brown-haired woman named Kim who worked at the co-op. If anyone knows her please let me know.