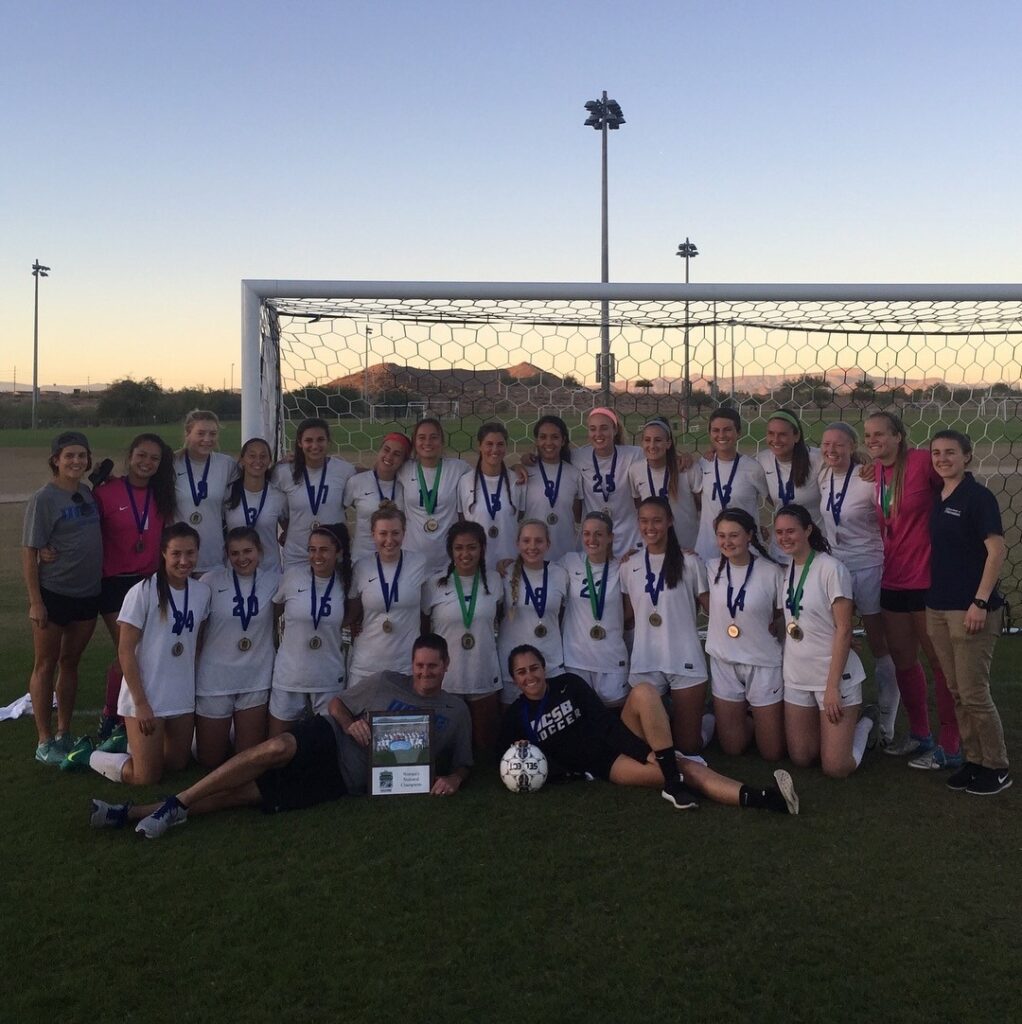 On Nov. 18, the UCSB women’s club soccer team secured its second straight national title and seventh championship in the last 11 years. That’s a run of dominance to match any other club team on campus, or in the nation as a whole.

UCSB stormed through the NIRSA tournament with a goals scored-goals against a ratio of 13-1, spread over six games in three days.

Mariela Cisneros, who was named the tournament’s Most Valuable Player, led the Gaucho attack with six goals, while Lauren Racioppi was named Most Outstanding Goalkeeper for her work in front of the net.

The first match proved to be the hardest for the Gauchos, as Florida battled UCSB to a 1-1 draw in the tournament opener. Racioppi didn’t let another ball past her for the remainder of the tournament, which saw the Gauchos top Ohio, Vermont, Cal Poly, Penn State and Texas in succession.

Oddly enough, UCSB’s easiest wins were its last two. The Gauchos blew out the Nittany Lions 4-0 in the semifinal and hung a 3-0 shutout on the Longhorns in the tournament final.

A dominant defense was the common thread between this year’s championship team and last year’s side.

UCSB surrendered only one goal in the 2016 tournament, which saw the Gauchos defeat UNC in a 1-0 thriller for the title.

UCSB’s club soccer success goes beyond just the last two seasons. No other team has more than three national titles in the last 11 years. The Gauchos have seven.

“One of the traditions we like to talk about is our success on the field and what we bring to each game,” Head Coach Todd Heil said. “Back-to-back is great and seven is pretty impressive, but year in and year out we’ve just been very fortunate to have a great group of girls.”

Such dominance is only possible through passion and commitment on the part of everyone involved in the club soccer program. That starts with the players, naturally.

“With the club sports mentality, it’s a group of girls that just truly want to be there and want to play the game,” Heil said. “They’re there on their own behest; they’re not there on scholarship. They are what some might call the true student-athletes, and when it clicks and they just want to all be there together, that’s even more special.”

Nonetheless, the players contribute more to the program than just their on-field performance. They’re the front-line recruiters for the team as well, manning booths and getting the word out in order to bolster the roster each year.

“A lot of [the recruitment] is on the returning player,” Heil said. “Basically, you’re [creating] the path. If it’s not social media, then you’re working a table at Spring Insight. You’re just trying to get the word out once students actually become students of UCSB.”
Once the recruitment work has been done and the season has actually started, things don’t get any easier for the club players.

The UCSB women’s soccer club team practices three times a week rather than six times like the Division I team, but it has to balance those practices against a full schedule of academics and extracurricular activities.

“Our weeks are so busy that the weekends would be a great time to get school work done, but during fall these weekends are filled with games,” Club President Ann Marie Mansholt, a four-year player, said. “This just means that time management is crucial, and we somehow get it done, whether it’s studying on a plane or in the lobbies of our hotels.”
The club season starts right alongside school in late September and wastes no time in getting going.

“We get going the first week of school,” Heil said. “We have regionals the fourth week of school and nationals is basically right around that seventh week of school. That’s cramming in a lot. You’re playing about 15 soccer games pretty quickly.” 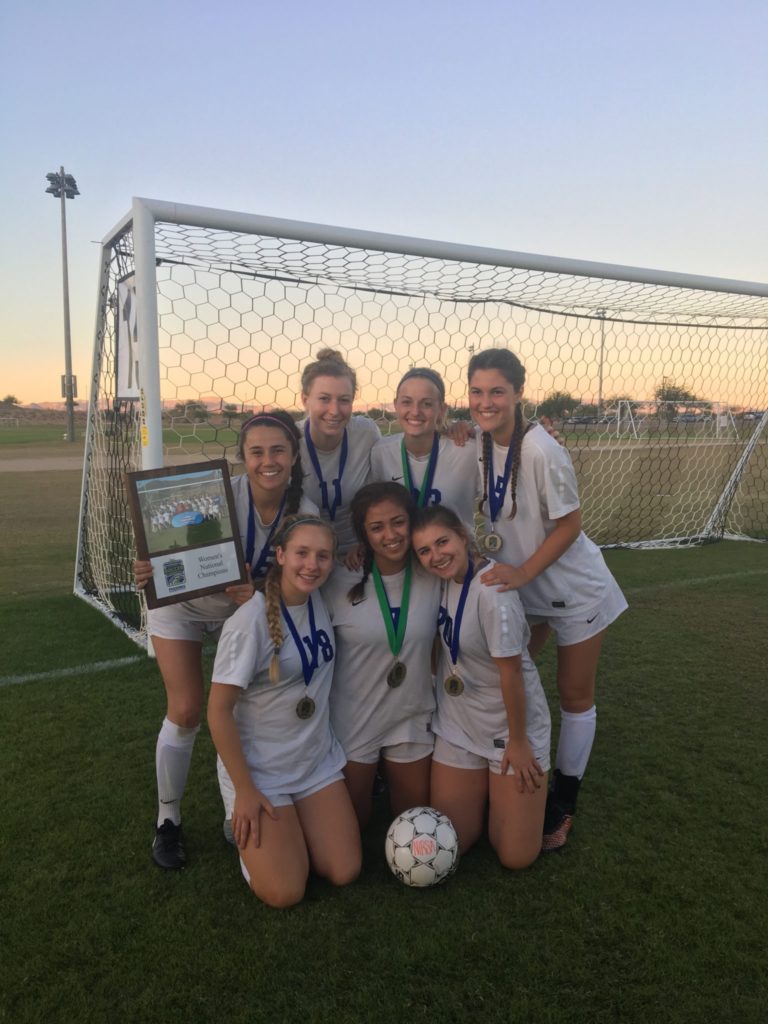 It’s a lot to ask not only from the players but from the coaches as well. Heil is the boys’ soccer coach at Santa Barbara High School as well as a club soccer coach, but he manages to balance his responsibilities and keep the team running smoothly.

“The continuous success starts with our coach, Todd Heil,” Mansholt said. “He has been the coach since the start of this club about 18 years ago. He has built this program from the bottom up and has given this program consistent leadership.”

While the club team may not get as much academic and structural support from the university as the Division I team does, that doesn’t mean it is on its own. Both Heil and Mansholt made sure to credit the Recreational Sports program for its support of their team and all other club squads.

As a senior, Mansholt is going out on top. It’s an emotional experience, but she’ll be leaving behind a program with a deep tradition of success and a bright future.

“I believe this team can continue success into the future by keeping the close bonds we have formed and keeping true to our style of soccer,” she said. “Now that this younger group has a taste of winning back-to-back national championships, I believe they will keep working harder than ever to win another one and keep having a blast while doing so.”

That ethos of success and hard work balanced with fun is what makes the UCSB women’s club soccer team, and all club sports, special. They might not get the glory of a Division I team, but they’re student-athletes all the same.