The Daily Nexus
Photo
In Photos: Students Protest Against GOP Tax Bill
November 30, 2017 at 10:56 am by Simren Verma

Over 100 UC Santa Barbara students walked out of class Wednesday morning to rally against a Republican tax bill that protesters said would hold back students who are trying to pursue an education.

The UC Student Workers Union hosted the event. About 40 graduate student walkouts happened across the country on Wednesday in response to the tax bill, including at colleges such as University of Southern California and UC Los Angeles.

Under the House Republican Tax Reform bill, graduate students who receive tuition waivers would have to pay income taxes because the waivers would be counted as income. 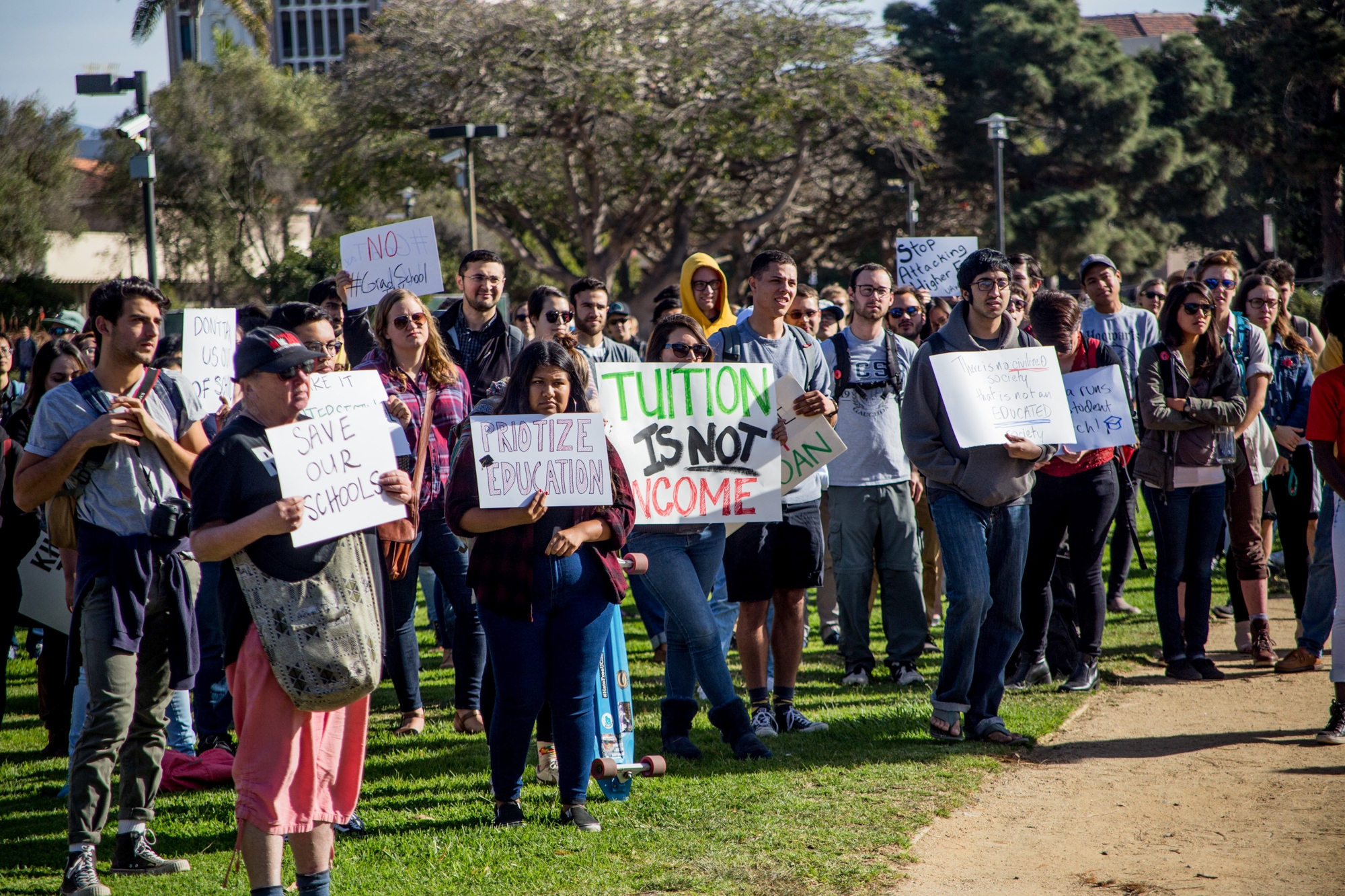 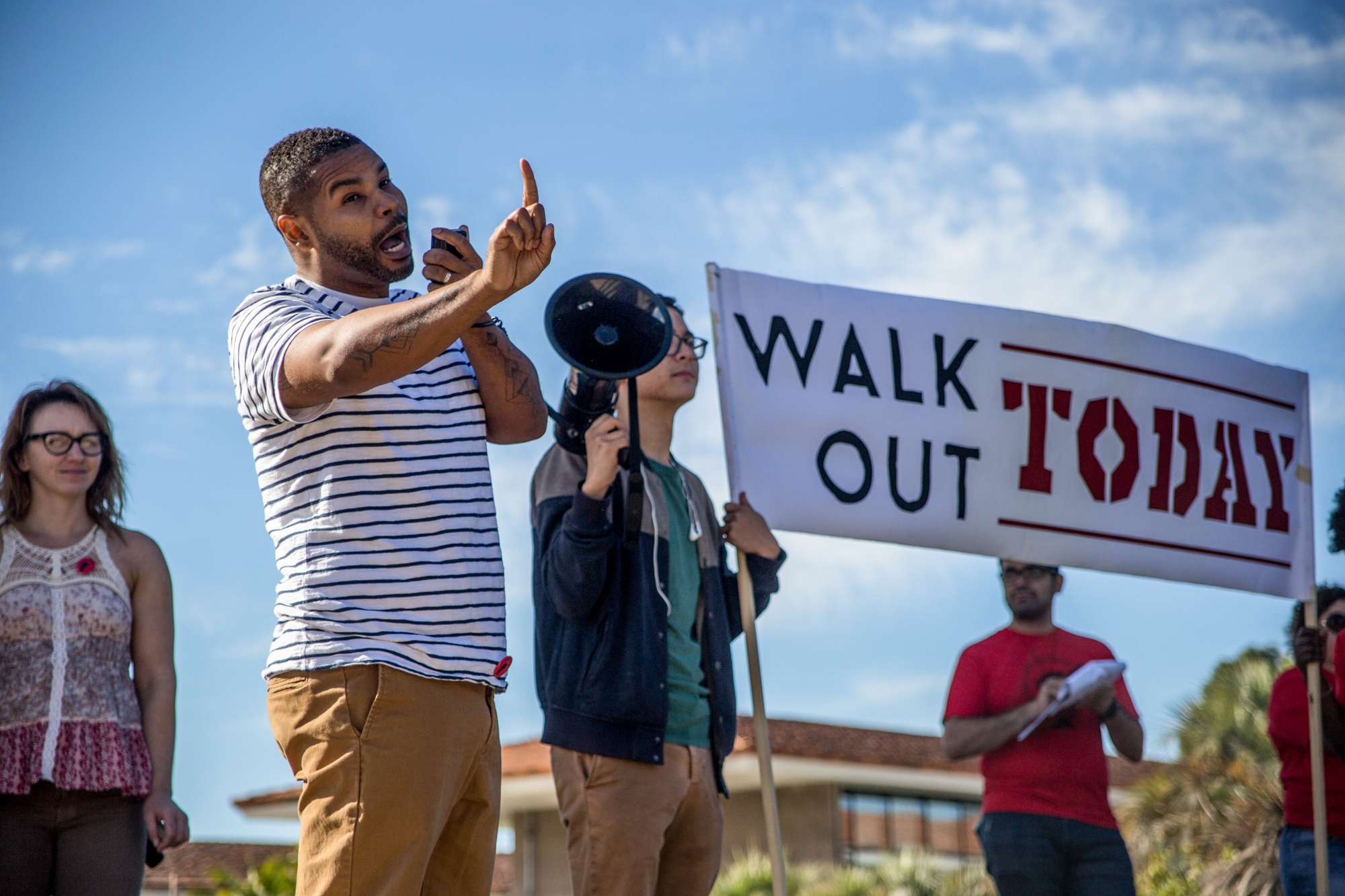 The group chanted “Black Lives Matter” after David Stamps, president of the Graduate Student Association, spoke about the importance of solidarity with other marginalized communities. Stamps told students they needed to “show up” when a community besides their own is being affected. Nicole Wallace / Daily Nexus 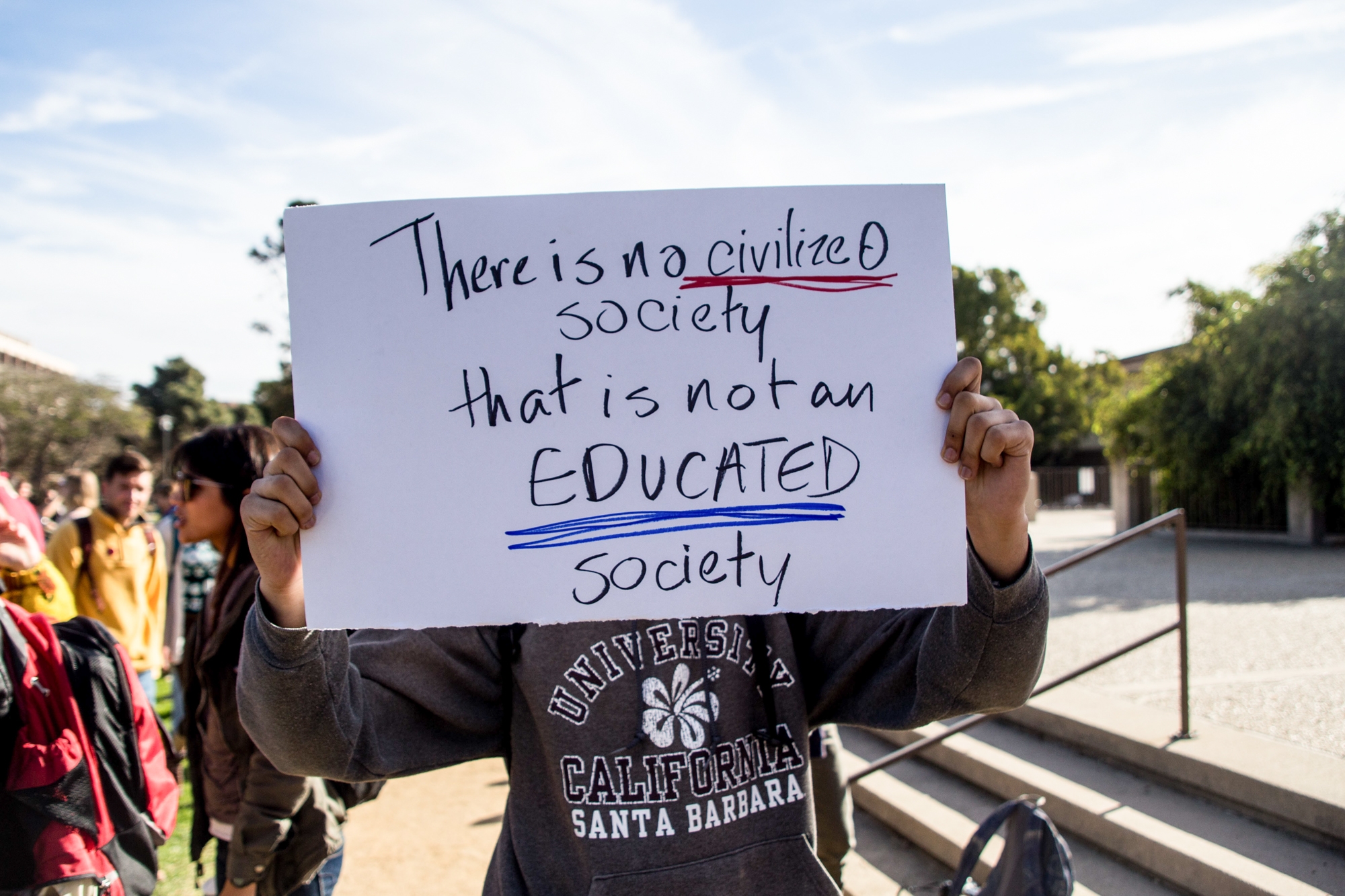 Under the House Republican Tax Reform bill, graduate students who receive tuition waivers would have to pay income taxes because the waivers would be counted as income. Nicole Wallace / Daily Nexus 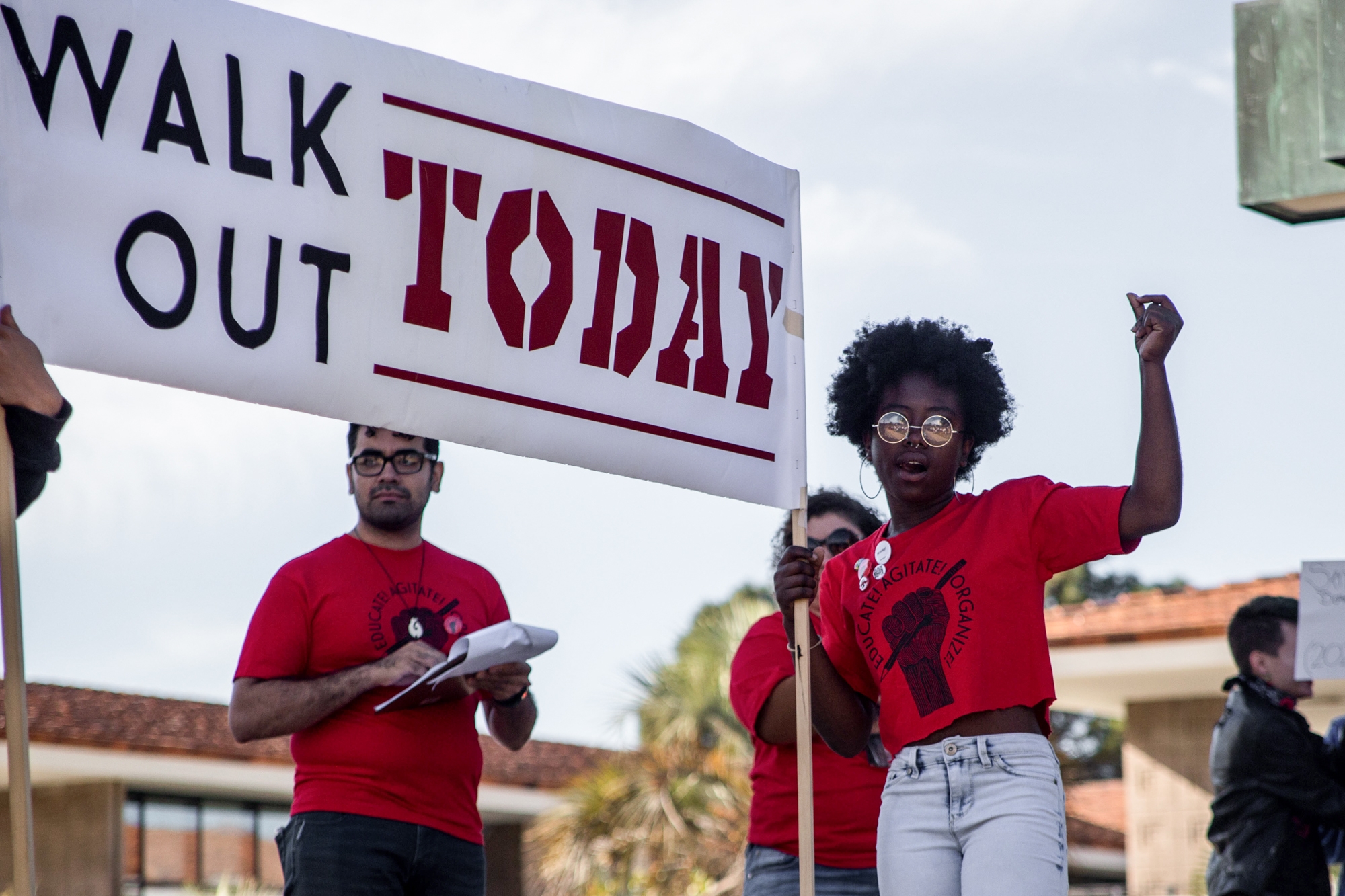 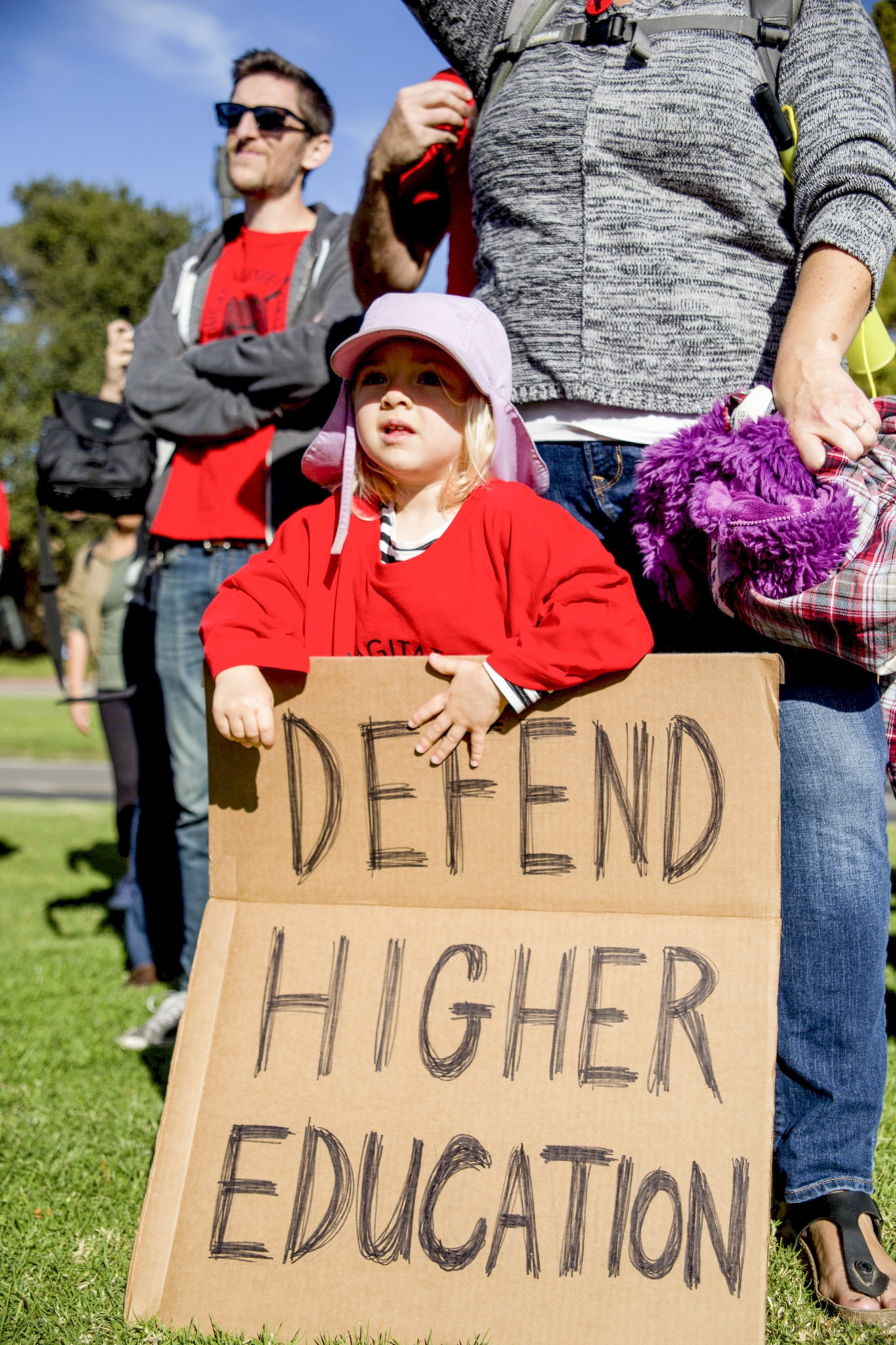 Approximately 100 students and community members gathered on the Storke Tower lawn to express their discontent with the Republican tax bill. Multiple speakers explained how they would be directly affected by the bill and encouraged the students present to take action. Nicole Wallace / Daily Nexus 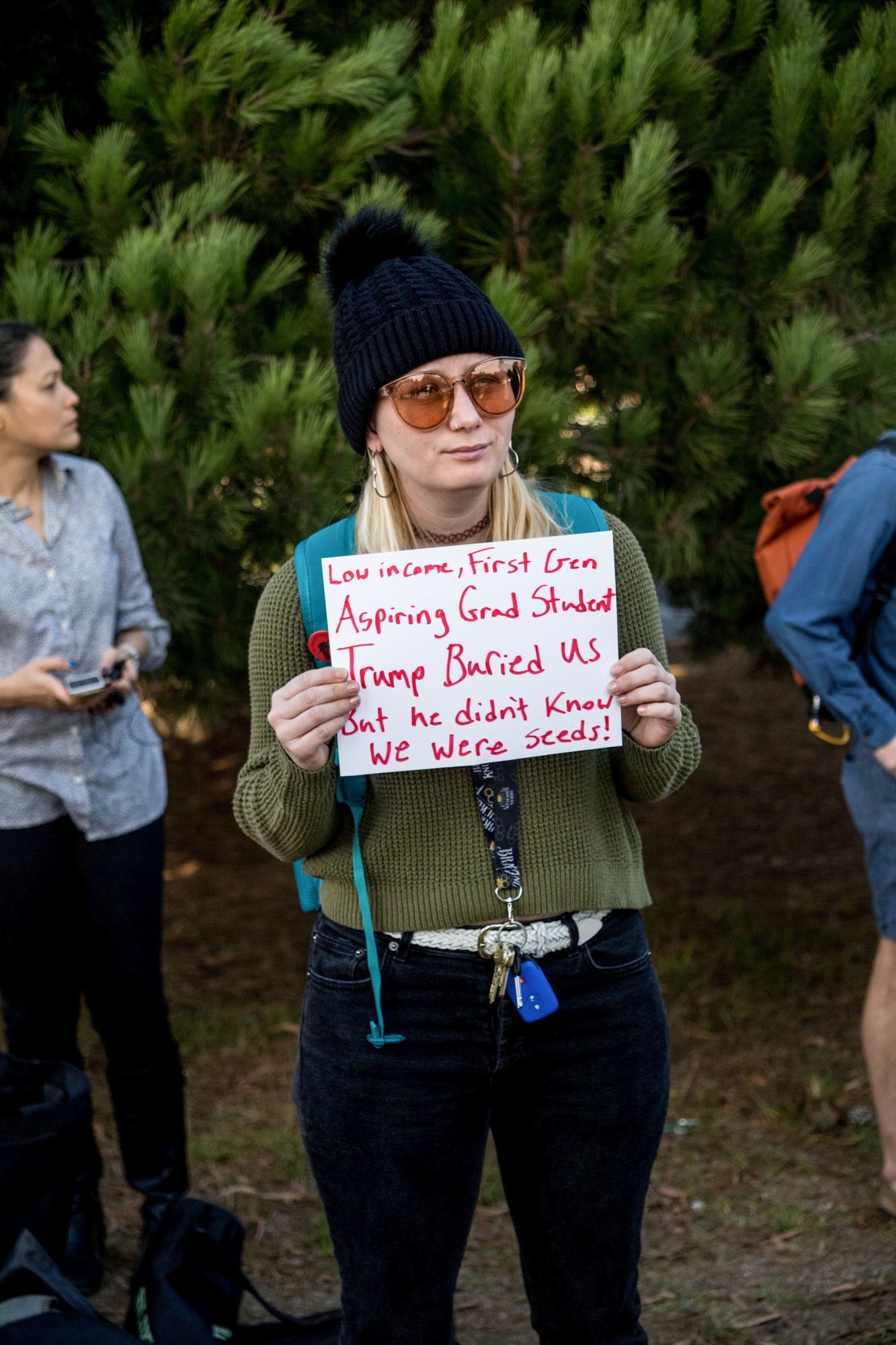 About 40 graduate student walkouts happened across the country on Wednesday in response to the tax bill. Many students expressed frustration with the Trump administration for not prioritizing higher education. Nicole Wallace / Daily Nexus 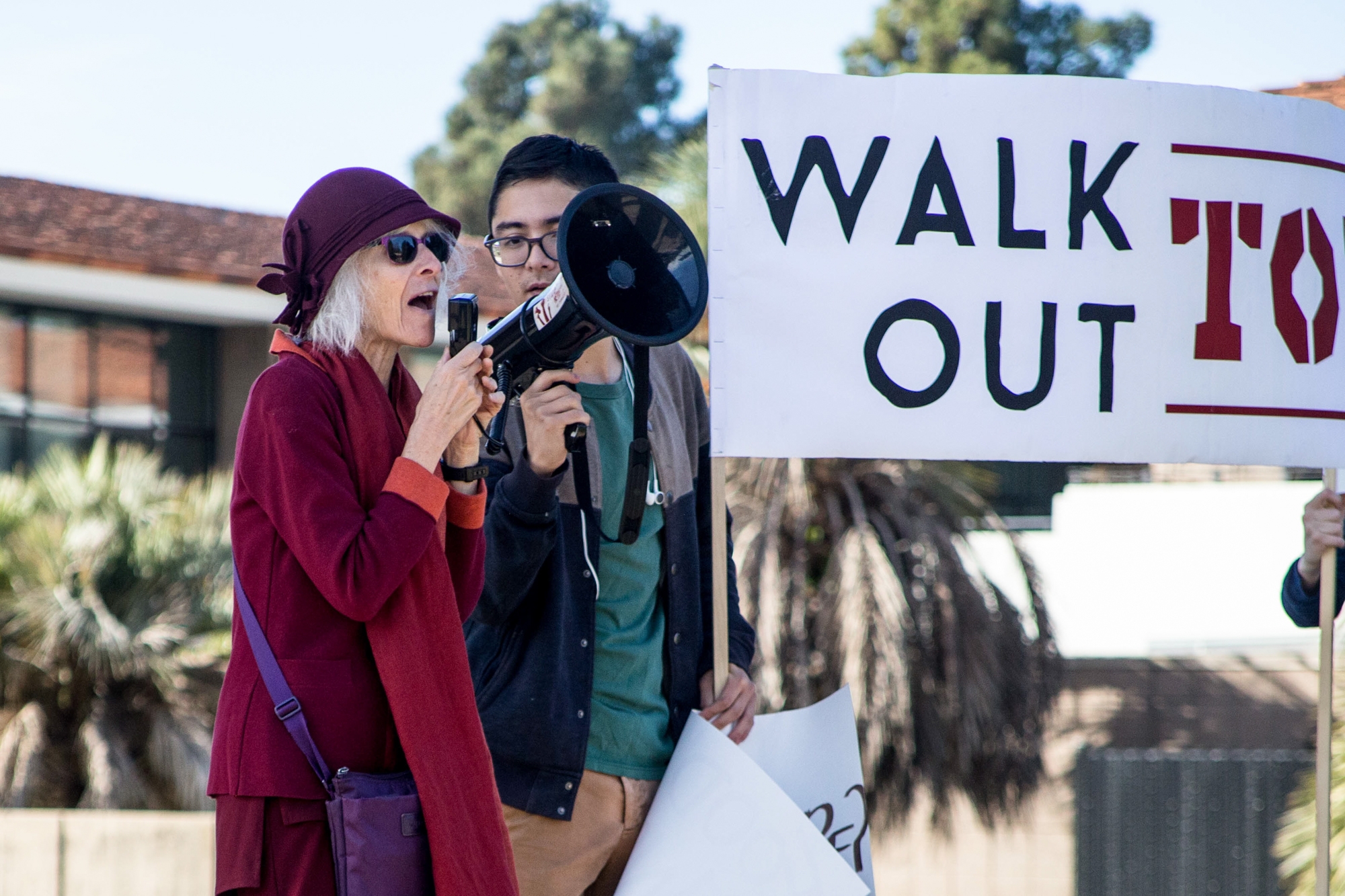 Eileen Boris, a professor in the department of feminist studies, said she believes the tax bill is directly correlated to the Trump administration. Boris said the president should leave the “body of education and the body of public life” alone. Nicole Wallace / Daily Nexus

A version of this article appeared on p.1 of the Nov. 30 print edition of the Daily Nexus.

Give me free stuff that others pay for!!!

RE Anonymous’s quote below — Nexus, this is on you. You promote debate with these forums that reduces discourse to sub-preschool level. Is this what you want representing the intellectual integrity of your venue?

Make that “RE quote/post 2 above”

When I was at UCSB, I used to hate it when activist groups would demand walkouts and interfere with those of us who wanted to learn. Sometimes, the idiots would actually walk in and disrupt the class.

Hey you soft cunts – how does it feel now that the bill passed and companies are giving bonuses and hiring more? LOL

Why do these losers even bother with school- they’re learning nothing and don’t plan to work anyway. This is where affirmative action really hurts the school/ they’re letting in people who can’t compete for grades so they just tear down the institution with protest and disruption. Ever hear them speak? Embarrassing level of low intelligence/ probably lowest 10% of SAT scores.