The Daily Nexus
News
CSD Discusses Mediation Program Between Tenants and Landlords
November 30, 2017 at 12:10 am by Jose Ochoa

The Isla Vista Community Services District began discussions to develop a new tenant-landlord mediation program on Tuesday, Nov. 28, at their board of directors meeting. 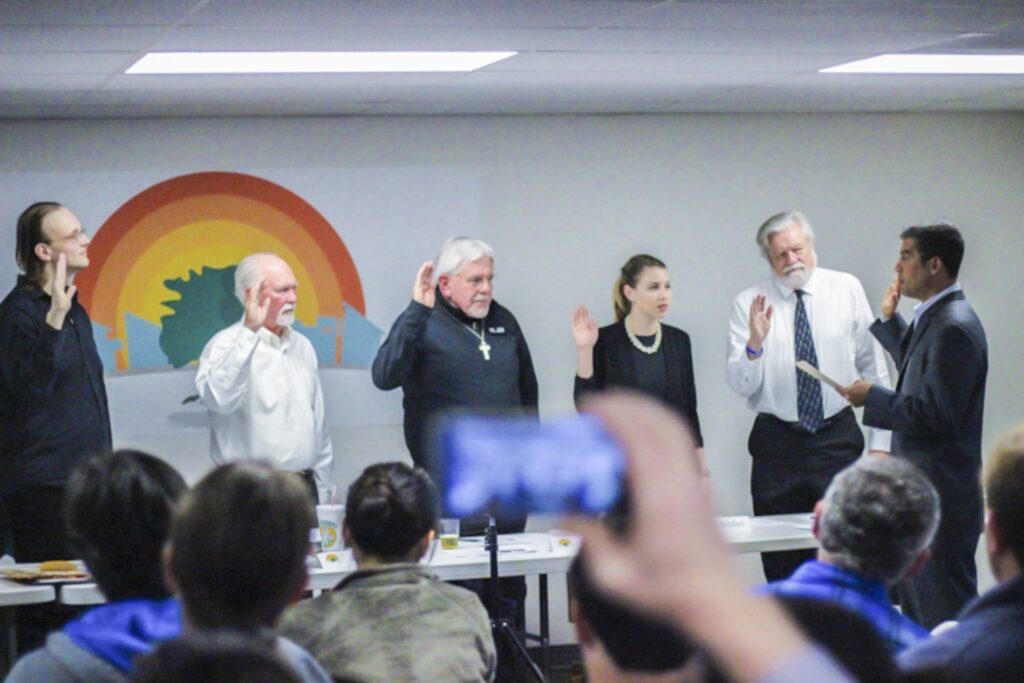 The new program would mediate disputes between tenants and landlords in Isla Vista in collaboration with the many organizations that currently provide different aspects of the dispute resolution process, including the Isla Vista Tenants Union, UC Santa Barbara’s Community Housing Office and others in the area.

The I.V. Community Services District (CSD) has not yet decided the program’s specifics but board members have called its creation a “top priority.”

Assembly Bill 3 (AB 3), which paved the way for the I.V. CSD’s creation with its passage in 2015, provided the district the power to create a tenant mediation program.

I.V. CSD Board President Ethan Bertrand gave a presentation about similar tenant mediation programs during the CSD’s Tuesday meeting and said I.V. residents have reached out for assistance with tenant-landlord mediation in the past.

I.V. residents contacted the Santa Barbara Rental Housing Mediation Program for help 64 times in the 2014 to 2015 fiscal year. This is the highest usage rate of by an unincorporated area of the county and nearly double the rate of the community with the second highest usage, according to the presentation.

IVTU provides education and advocacy for tenants and some case work for rental housing issues and the UCSB Community Housing Office provides some dispute resolution and mediation.

The Legal Aid Foundation of Santa Barbara County also provides information about tenants’ rights and responsibilities, but there is yet to be a service that unites all areas of tenant-landlord issues for all residents.

Bertrand compared mediation programs in the cities of Palo Alto and Santa Barbara to I.V., which he said has a need for a similar program considering the size of the population and its requests for help from tenant organizations.

Bertrand said Tuesday’s discussion was the board of directors’ first time discussing tenant-landlord mediation programs and said he hopes to discuss the program’s creation with other I.V. stakeholders as the board moves forward.

If the CSD chooses, it can make its mediation program mandatory through an ordinance, though a majority of board members have said they would first like to create a successful voluntary program before mandating mediation for disputes.

“I look forward to learning more about the community’s desire for a tenant mediation program and ordinance … The purpose of last night’s presentation was to show examples of what other communities have done to bolster tenant protections,” Bertrand said in an email.

Some board members have come out in favor of a mandatory tenant mediation program but also say the program must acquire funding and become effective before it can ever become mandatory.

I.V. CSD board member Bob Geis said the district should fund the program through the user utility tax that the board is working to bring to the voters by next year.

Board members are still debating the exact percentage of the tax that will go on next year’s ballot. The utility tax fell short of the 66 percent vote it needed last year, with 61.22 percent of the vote, when Measure F asked voters for an 8 percent tax on Nov. 8, 2016.

Spencer Brandt, I.V. CSD board member and secretary, said a mediation program could create a difference in the way that landlords treat tenants.

“Customer service to their tenants is not something that is prioritized or even needed because our rental housing market is just so — there’s no choice … There’s no places you can go if you don’t like your landlord,” Brandt said.

He said a mandatory program similar to the city of Palo Alto’s could make landlords more responsive when it comes to repairs, security deposit issues and resolving other disputes.