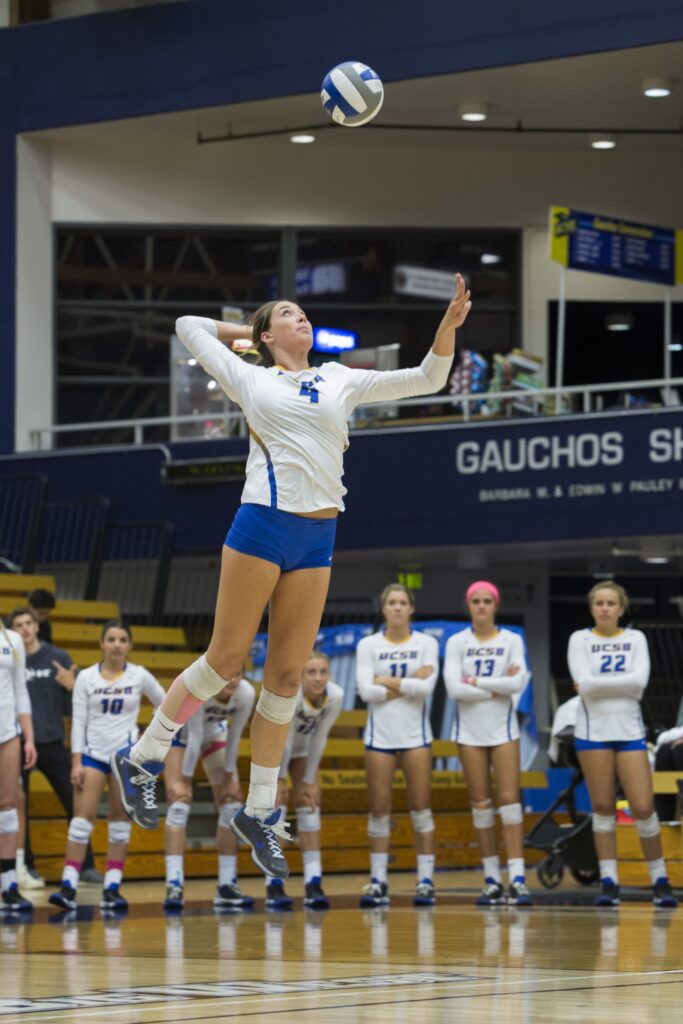 The final match of the UCSB women’s volleyball team’s season is now upon us, as the Gauchos search for a .500 finish within Big West play.

The team is currently ranked fifth in the Big West standings as it’ll be visiting UC Irvine for its final match of a three-game road trip. This will be the Gauchos’ second encounter with the Anteaters, who currently sit at third.

Santa Barbara previously pulled off a heated 3-2 home win over the Anteaters just a couple of weeks ago.

Despite no postseason appearance in place following Tuesday’s match and with only two seniors on its roster, Santa Barbara’s talented makeup remains young and will bare many familiar faces come next season.

Looking at their last matchup against UC Irvine, the Gauchos’ defensive success proved to be the recurring theme after taking their opponents to a five-set game.

Specifically speaking, the play from junior libero Emilia Petrachi was definitely in form as she put up a game-leading 23 digs on the night. This accounted for almost a third of the team’s entire total digs versus the Anteaters.

As for the offensive front, a standout performance was observed by star sophomore outside hitter Lindsey Ruddins who put up a whopping 32 kills. This stat-line helped lead her team to a .268 hitting percentage, almost twice as much as the Anteaters’; not to mention Ruddins also impressively leads the NCAA with a 5.91 average kills per set tally.

Concerning the Anteaters’ side, junior outside hitter Haley DeSales proved to be the team MVP as she once again seemed to fly all over the court. Last time out she was tied for a game-leading six blocks.

Notably, DeSales also continues to be productive offensively as she has the second most total kills for Irvine at 318. The Gauchos’ coaching staff would be wise to keep DeSales in their plans as they game script may revolve around her and the amount of opportunities she’ll receive.

Key factors for the Gauchos to improve upon would be better first touch passes to the setter, as last time they settled for only five setter assists, as well as imposing their blocking prowess early on in hopes of avoiding another close 5-set match.

The Gauchos will head down to host side UC Irvine this Tuesday, Nov. 21 at 7 p.m. for their last match of the 2017 season.