The Daily Nexus
Sports
Women’s Basketball Opens Season On the Road Versus Northern Arizona
November 9, 2017 at 5:05 am by Calvin Thrift

The UCSB women’s basketball team will travel to Flagstaff, Ariz., this Friday, Nov. 10, to take on Northern Arizona University in its 2017-18 season opener.

After their exhibition win over CSU East Bay, the Gauchos are looking to bring that same energy to Arizona to open the regular season.

Following a 16-16 overall, 9-7 conference mark last season, including a trip to the Big West Championship game in which the Gauchos lost by one point,

Head Coach Bonnie Henrickson, now in her third year at Santa Barbara, has the difficult job of meeting high expectations after last year’s finish and figuring out her depth chart and rotation as the season kicks off.

UCSB showed in its exhibition opener rout of East Bay that it has many versatile weapons, including talented new transfers in junior guard Akilah Jennings and redshirt sophomore guard Tal Sahar.

With a variety of minor injuries plaguing the Gauchos recently, the exhibition opener allowed for other rookies such as freshmen guards Danae Miller, Sarah Bates, and Nina Radford to start, and the trio of freshmen didn’t disappoint. Together, all five newcomers combined for 48 of Santa Barbara’s 78 points it totaled versus East Bay last Saturday.

While it certainly isn’t a problem to have so many players capable of big contributions, Henrickson will be forced to juggle her talented roster.

“Comparing last year, we’ve improved the depth in our program. We’re [still] going to bank on our returners, and we have certainly relied on them and will continue to rely on them to get the young people … more comfortable every day as far as how we play and the style of play,” Hendrickson said. “Will we rely on our returners? Yes. Will the young players in our program get opportunities? Absolutely.” 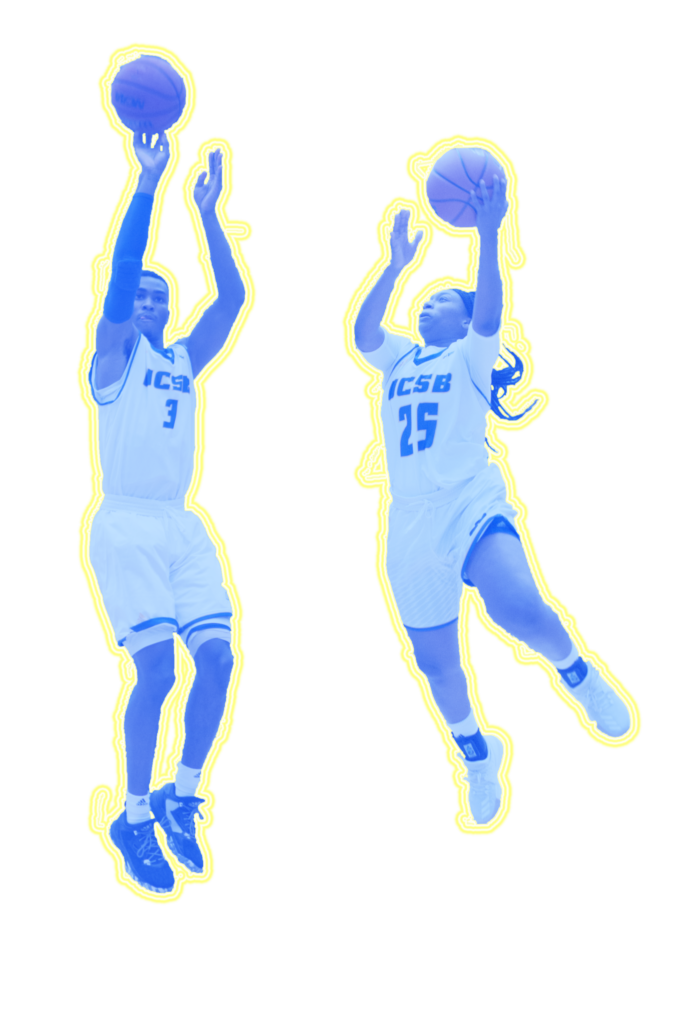 Following Saturday’s exhibition win, Henrickson admitted she might have been worried starting three freshmen in years past, but her high praise for her newcomers grants the Gauchos some flexibility.

With senior Drew Edelman and sophomore Natalia Bruening sitting out due to minor injuries, Santa Barbara seems to have the luxury of not rushing their returns.

Edelman, who played for Team USA over the summer for the Maccabi Games in Israel, is looking to bring that experience back to UCSB in a positive way for the Gauchos when she returns to action for the season opener.

The 6’4” redshirt senior not only played in the Maccabi Games, but she also was a key component in the U.S. winning gold at the event, recording a dominant 29 points and 19 boards in the championship game over Israel.

Without a doubt, Edelman will be a big part of Santa Barbara’s season this year if she can manage to put up even half those numbers consistently.

“[Edelman]’s just in better shape and stronger than she was last year,” Henrickson explained, “and now she’s as strong as she’s been in the last couple years.”

After proving that they can effectively utilize a small-ball lineup, the Gauchos only become more threatening with the anticipated return of Edelman and Bruening.

Bruening, also 6’4”, plays center and will free up Akilah Jennings of her duties at the five, allowing Santa Barbara more length and versatility on the perimeter when she returns.

However, for Henrickson, Sahar has definitely been one of the key players to watch.

Before transferring to UCSB, Sahar spent a season at Seattle University, where she averaged a slash line of 10.2/3.9/1.7 while even dropping a career-high 23 points against Big West foe UC Riverside.

At Seattle, the Tarzana native’s deadliest weapon was her three-point game.
In her freshman season, she was the team’s best, averaging 38.2 percent from beyond the arc and nailing 68 threes, 23 more than the second most on the team.

“She can shoot the three, and she’s at the right place for that because we can get her uncontested shots. She gives us added weapons from the three-point line,” Henrickson said. “Tal’s big enough, long enough to play a four and defend a four, so it gives us some size on the glass, too. And that’s what we need our big wings to do; they’ve got to rebound the ball better.”

The Coach Bonnie era is in full swing for Santa Barbara; however, for Northern Arizona, their new era has just begun, starting with the signing of a new head coach, Loree Payne.

Payne previously led a successful seven-year coaching campaign at Puget Sound that saw her winning just under 70 percent of games in both conference and regular-season play.

The Lumberjacks under Payne are looking to move in a new direction, having 10 newcomers to the team. The rebuilding effort of Northern Arizona will be a process, as the Lumberjacks finished with just six wins last season.

Friday’s matchup will feature plenty of newcomers from both teams, as well as ambitious coaches in Henrickson and Payne looking to guide their programs to an opening win.