UC Santa Barbara alumna and former opinion editor for the Daily Nexus Jenna Ryan has won the 2017 InnovateHER Challenge, the U.S. Small Business Association’s (SBA) nationwide live-pitch competition highlighting the innovative products, services and technologies developed by visionary entrepreneurs that have a measurable impact on the lives of women and families and in the marketplace.

Ryan, the CEO of Uqora, a women’s health company that created a preventative urinary tract infection (UTI) drink mix that can be mixed with water, was invited to conduct a marketing pitch as a finalist before a team of expert judges in Washington, D.C. She competed for the top three awards totaling $70,000 in prize money, provided by the Sara Blakely Foundation.

“I felt that being chosen as a semi-finalist, we had already accomplished something big, so it’s especially exciting to win first place,” Ryan said.

Before heading to D.C., Ryan had to present at a local chapter of SBA in San Diego in June. After being notified that she was a finalist in September, she then had her final presentation in October. 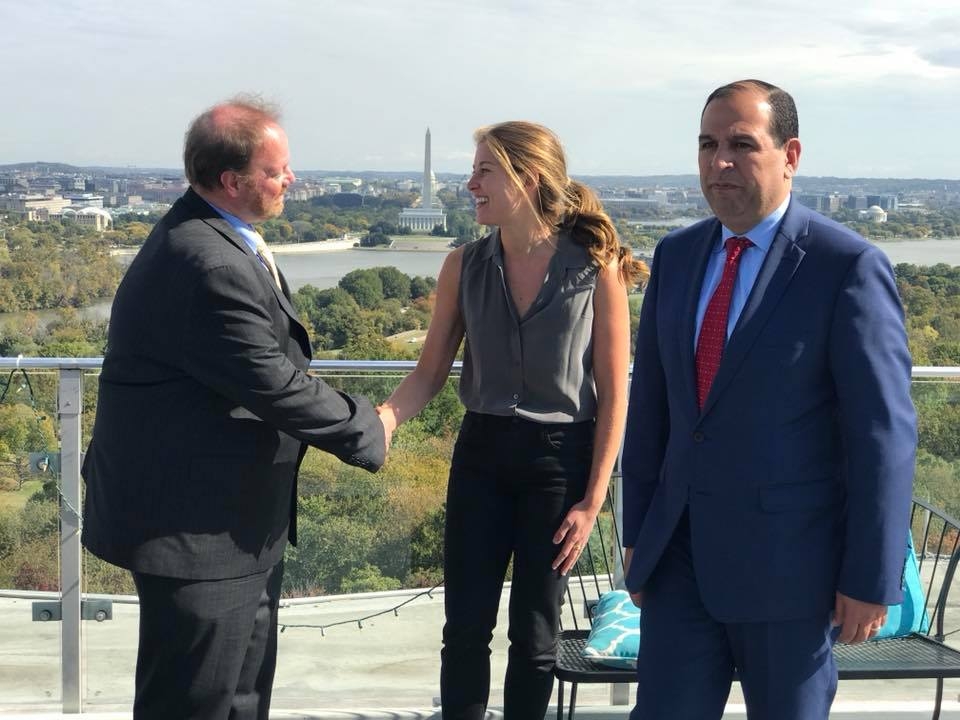 Uqora gives women the defense they need against bacteria that causes urinary tract infections (UTIs), keeping them out of the doctor’s office and off antibiotics, a problem Ryan can unfortunately relate to. / Courtesy of Jenna Ryan

Since its release, Uqora has found success in a market Ryan and her team had not anticipated.

Though the causes of UTIs vary, Uqora is specifically used to prevent UTIs that may be caused by the bacterium E. coli that had been transferred to the urinary tract from the bowel.

This transfer can be initiated through sexual activity or prolonged exercise. When E. coli enters the urinary tract, the bacterium adheres to wall of the urinary mucosa using a type of fimbrial adhesion called P fimbriae.

These P fimbriae are used by strains of E. coli that colonize the urethra to specifically bind to glycoprotein receptors on urothelial cells. These glycoproteins have a mannose residue that is the binding site for the P fimbriae proteins.

The bacterium uses this adhesion process to colonize the urinary tract. E. coli strains that do not possess P fimbriae are significantly less likely to cause infection, and much higher bacterial numbers are needed.

According to Ryan, they heard about this specific market through their customers. They would buy Uqora for mothers, aunts and people they were taking care of.

“They were finding us even though we weren’t necessarily catering to them,” Ryan said.

In response to finding this market, the Uqora team plans on starting a pilot study in which they will supply Uqora to senior care residents for 90 days so that they can measure any differences in UTIs before and after.

“Hopefully we’ll see results to help us bring this solution to organizations and start to do more of a business sale,” Ryan said.

With the $40,000 grand prize, Ryan plans on expanding the Uqora team and its presence in industry events like nursing and physician conventions.

Competing and winning the InnovateHER challenge has gotten Ryan closer to destigmatizing UTIs and brought more attention and accessibility to this common health issue.