The Daily Nexus
Features & Essays
The Biko House: Punks, Progressives and Politics
November 9, 2017 at 1:34 pm by Ivan Gonzalez and Andre Bouyssounouse
In September of 2005, the Nexus released an article titled “The Rise of the Biko Empire,” praising the recent influx of, as it described, a “wave of artsy combustion from soft white underbellies” in their garage venue. Most of the article describes the orchestrated chaos brought on by unique and flamboyant bands in 2005.

The ending of the article caught my attention, as it asked readers the question, “What’s in store for the future of the Biko House?” Even though I believe the question refers to Biko’s musical scene, I don’t think the writer or any student in 2005 for that matter could have predicted how our world would be today.

I do not want to dive into the details of the United States’ current socio-political climate, but if you don’t know already, it’s bad. It has probably always been bad and my younger self just didn’t take notice. It might have been because politicians were more into dog-whistle politics than directly saying absurd, problematic things out loud. But whatever the reason, Biko’s empire has risen to the occasion and become more than just a musical empire. Keep in mind that my use of the word “empire” isn’t insinuating a single authoritarian rule but, rather, an expansive, all-encompassing multi-faceted entity. 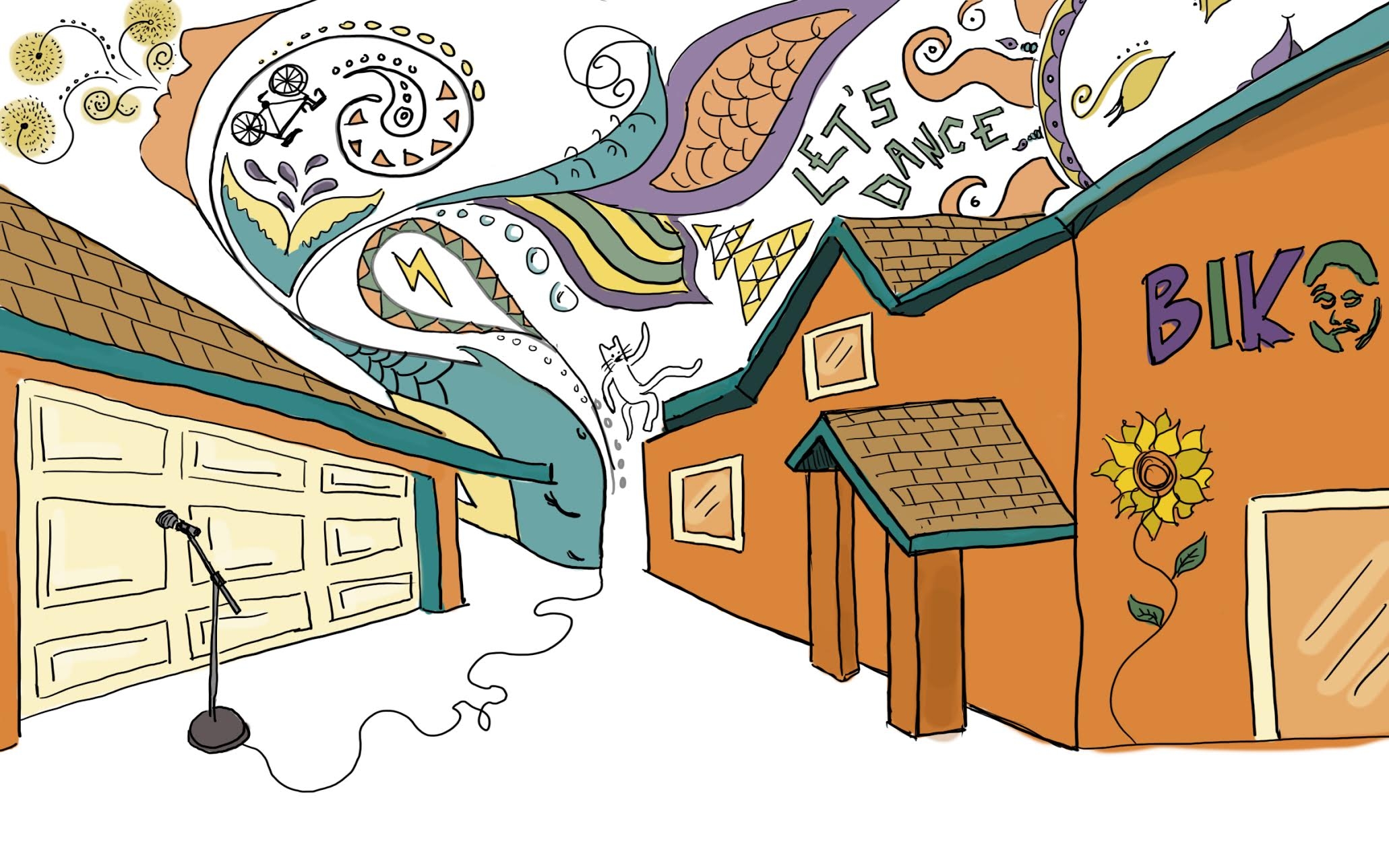 Biko was established to be a safe space for POC in a predominantly white institution, but it has evolved to become an empire of social change, music and solidarity.

Aside from being the DIY musical venue we all know and love, in recent years, Biko has served as a space for underrepresented communities to host workshops, fundraisers, screenings and other events. Time and time again, Biko has opened the doors of its black and brown empire for the community to discuss important racial happenings, like those from 2015.

After the racially charged incidents that occurred at the University of Missouri, Biko’s Garage was open to UCSB faculty and staff, students and local residents to discuss and stand in solidarity with the Mizzou protests. After the recent unfoldings of the presidential election, BIKO has served as an oasis of peace. Activism can be tiring, not just physically but mentally; sometimes that’s not something one wishes to bring back home. Many of Biko’s residents participated and continue participating in progressive work outside of the house.

Biko Garage, Isla Vista’s rectangular punk haven, is a cement room with capacity for maybe three and a half cars, or, on Friday night, 30 or so college kids with adrenaline to burn. Sound bled from the squat building as I approached it last weekend, my heart already in sync with the bass drum’s boom. “Wait!” called my friends, whom I’d started to outpace, but my legs wouldn’t listen. Biko zoomed up in front of us: two adjoined garages, one of which was closed but pulsing with noise; the other serving as a merch tent/lounge where some kids were hanging out.

Drawing up to a table on which sat some flyers, a jar stuffed with dirty dollar bills and a pair of hairy forearms, I fished a $20 bill from my pocket and slapped it down, with maybe a bit too much gusto, as the owner of the forearms raised his eyebrows and gave me change. I stuffed the remaining $5 bills into the jar, and together we walked to the door, which was shaking. I gripped the greasy doorknob, turned it and leaned in. The four of us walked into the sun. We surfaced for air, joining the crush of people that had migrated outside, waiting for Genocide Jack. The crowd was, as a whole, black-shirted, lip-pierced and grinning—couple of camo swatches, a spark of Day-Glo hair.

During a particularly raucous song of the band’s set, lead singer Brian Bellrose crossed the invisible line between stage and stands, whirling around and bouncing off his fans. The zone surrounded me, a pink punk mist. Nothing else mattered. The only distinction between Bellrose and the people who’d paid $5 to see him was the mic, and even that he gave away, giving literal voice to anyone with something to scream. Most of it was indecipherable, but the message was clear, loud and nonverbal: energy so vicious that it’s often misconstrued as anger. This conclusion is evidenced by punk performers’ offstage impressions — I’ve never met one who was anything but gracious, progressive and kind. That night was no exception.

After a rousing performance of the Beastie Boys’ “Fight For Your Right,” accompanied by much floor-thrashing, crowd-singing and a heartfelt thank-you from the band, the show was over, and we tumbled back into the night, dazed and a little confused.

Music, art and activism are what is brewed up in Biko. To continue to stand by its message, Biko additionally tries to prioritize women of color and POC musical performers, but it still opens its doors to everyone. We have seen the future of Biko that was conceptualized back in 2005, and it’s beautiful. Effervescent, colorful, strong and full of spirit; whether it’s the music pumping out of the garage or a presentation on vegetarian inclusiveness, Biko has become a platform for those without platforms.