The No. 10 UCSB men’s water polo team played in front of a raucous crowd at Campus Pool in an exciting matchup against the No. 5 Pacific Tigers. The Gauchos dropped 14-7 in their final home game of the regular season.

“We had four pretty good guys with injuries coming into this game, so I know we were short-handed coming in but I thought we fought pretty hard,” Head Coach Wolf Wigo said.”They just had a couple of runs where they got a couple of goals in a row and they were able to get that padding late.” 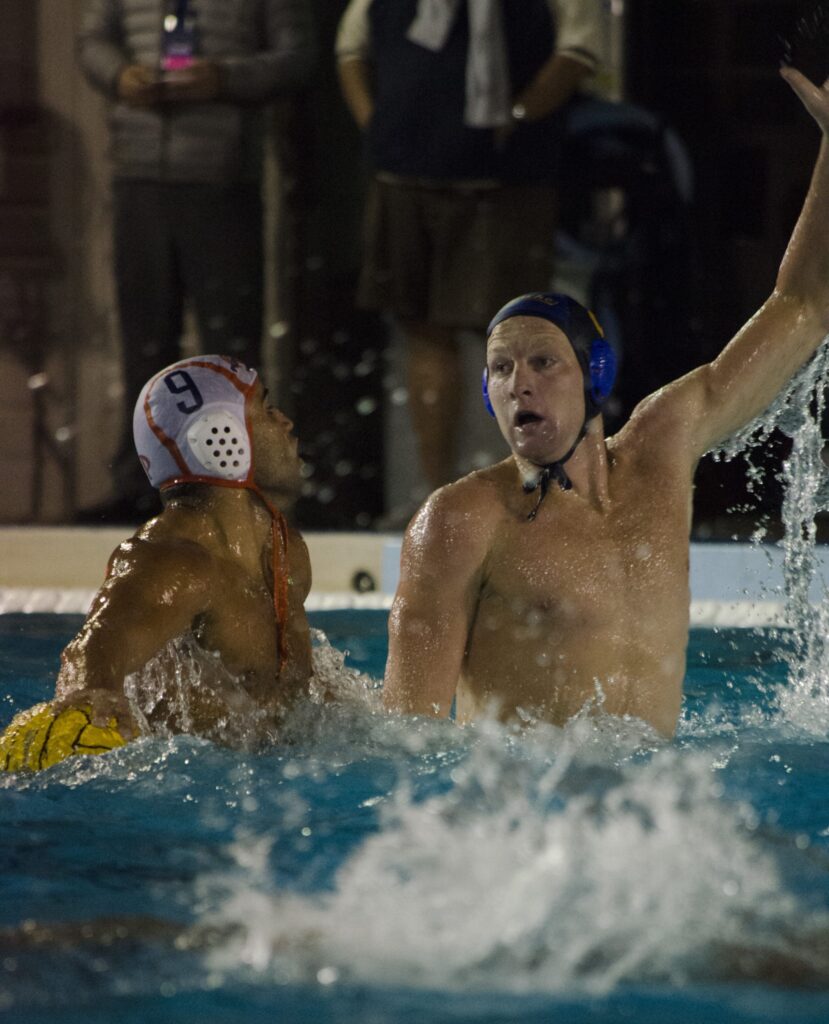 UCSB currently sits in sixth, last, place of the Golden Coast Conference and the team will most likely see first round action due to their seeding.

The loss for the Gauchos is their sixth in a row as the team has been unable to be victorious in almost a month, since their 9-8 win over Pepperdine on October 5th. They are now 9-11 on the year, 0-4 in GCC play while Pacific improves to 15-5 on the year and a perfect 4-0 conference record.

Play began in the first quarter where the Tigers wasted no time opening up the scoring after freshman Luke Pavillard scored within the first two minute, giving Pacific the early 1-0 lead.

In the final 30 seconds of the first, it was both the Gauchos and Tigers putting up some points on the board. Senior Shane Hauschild gave UCSB their first point of the match on a powerplay goal good for his 29th goal of the season.

Sophomore Tiger Engin Ege Colak was able to answer back with three seconds left, scoring a goal for the 3-1 lead.

Hauschild answered back again two seconds later scoring his second goal of the night and only leaving the Gauchos one point behind the Tigers 3-2 at the end of the first quarter.

After giving up the lead early into the second quarter, Pacific went on to dominate the rest of the period.

The Tigers were able to score five unanswered goals as the team was able to take control both offensively and defensively as the team did not give up a goal since scoring in the quarter.

Leading the charge for Pacific was redshirt senior Ben Stevenson who had two goals and two assists in the second, giving his team the lead at halftime, 8-3.

UCSB was able to close the deficit to just three goals in the third quarter, but it appeared to be too little, too late as Pacific was able to slowly inch away from the Gauchos during the match, ending the third period still ahead five, 11-6.

Scoring the Gauchos only goal of the fourth quarter was freshman Chad Nelson and the team went on to lose 14-7.

The short-handed effort from the Gauchos has been admirable as the team has been able to play well despite the indication from the record, Coach Wigo is certainly hoping to get some of those players back into the pool and playing with his star attacker.

The Gauchos are hoping for a similar result in their upcoming match against Pepperdine next Friday, where the team could possibly pick up their first conference win.

Looking ahead next week, the team needs a win next week against Pepperdine, the team that bounced the Gauchos out early from the Golden Coast Conference Championships last season should give the team some much-needed success headed into the conference tournament which begins play November 17th.

“The guys are motivated and team morale is still good, the guys are fighting. We know anything can happen in the tournament and we just want to get some momentum next week and get a good game against Pepperdine so we could feel good about ourselves headed into the tournament,” Wigo said.

The No. 10 UCSB Gauchos will play the No. 8 Pepperdine Waves on the road at 7 PM PST on November 10th.