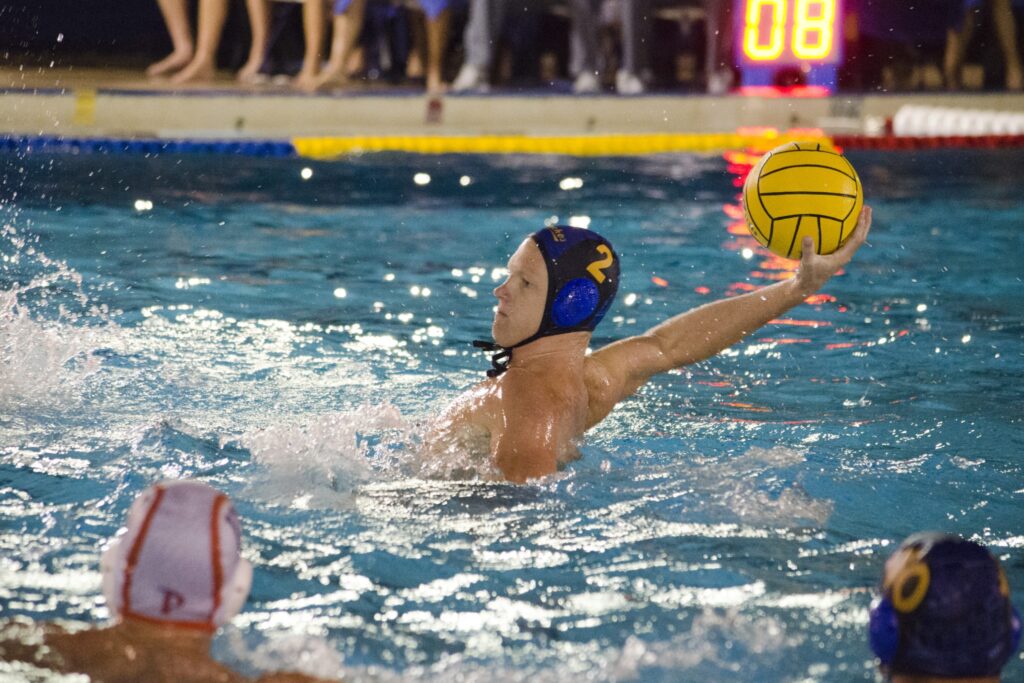 Trying to score a point, Josh Jordan shoots the ball towards the goal. Christina DeMarzo/Daily Nexus

With its 10-6 loss while on the road at No. 8 Long Beach State Friday night, the UCSB men’s water polo team is in the midst of a four-game slump.

The Gauchos were unable to generate enough productivity on the offensive end. Senior attacker Shane Hauschild recorded a hat trick on the night, scoring half of the goals for the Gauchos.

Demonstrating consistency, UCSB came out of the gate slowly, going down 3-1 in the first quarter. With the clock winding down; however, the Gauchos scored to make it 3-2 heading into the second.

Unfortunately for the Gauchos, they couldn’t build off of that momentum. Long Beach again put up three goals in the quarter while UCSB had one, making it a 6-3 game at halftime.

To little surprise, the Gauchos yet again gave up three goals to the 49ers in the third quarter while only scoring one themselves. Heading into the final quarter down 9-4, it seemed unlikely for a UCSB comeback to ensue.

Making a slight comeback effort, the Gauchos scored 2 goals in the fourth but gave another goal up to Long Beach.

On the other hand, Long Beach junior defender Austin Stevenson recorded a hat trick of his own to match Haushchild’s.

The Gauchos have failed to score more than six goals in each of their last four games. Before this most recent slide, the Gauchos had only been held to under six goals in their match against UCLA earlier this season.

While allowing 10 goals on the night, sophomore goalkeeper Justyn Barrios still managed to have an impressive outing with 10 saves.

The Gauchos will look to end their four-game losing streak in their final three matches of the season. The first of the three is a return trip home on Friday, Oct. 27 to face current No. 6 UC Irvine.