Gabriel Pragin, community organizer and ex-candidate for the Isla Vista Community Services District (CSD) board of directors, dismissed his lawsuit against the local government last Friday, according to the court records. 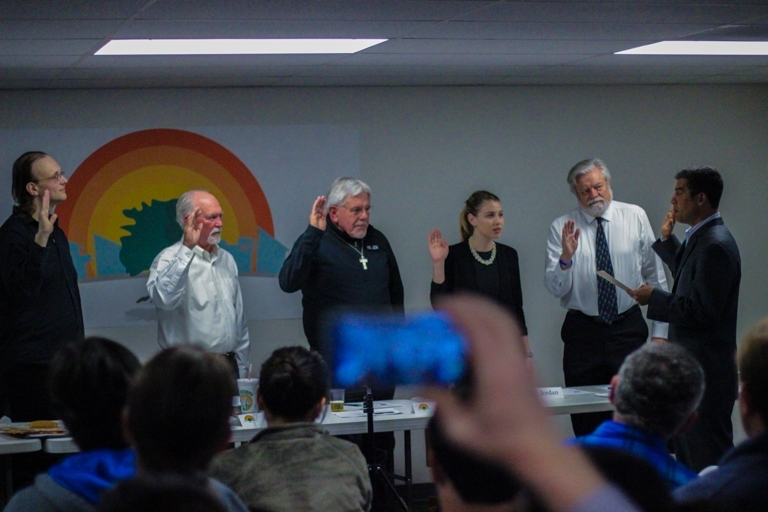 Pragin sued the district in May, alleging one of its subcommittees acted outside the powers it was assigned. The two parties began discussions to settle the lawsuit at the end of July. He ultimately filed to dismiss the lawsuit on Oct. 13, and the court accepted the dismissal on Oct. 16, according to the Santa Barbara County online court record database.

In the lawsuit, Pragin alleges that the CSD’s Formation Committee discussed financial revenue, such as grants and donations, when it was only authorized to discuss the CSD’s financial structure, such as banking.

A charter is a document listing what a committee may discuss during its meetings.

Pragin said he set three conditions for dismissing the lawsuit during the negotiation process.

The first is that the scope of the Formation Committee’s work be defined more clearly in its charter. According to the CSD’s lawyer G. Ross Trindle, the CSD addressed this concern by signing Resolution 17-1 on July 11 with a unanimous vote of the board.

The resolution outlines the CSD subcommittees’ roles, including the Formation Committee.

The resolution added the ability to find sources for funding to the committee’s powers.

“That resolution, in my mind, addressed the … concerns that Mr. Pragin’s complaint attempted to raise,” Trindle said in an email.

The second condition Pragin requested when dismissing the lawsuit is a statement from the board recognizing that they violated the Formation Committee’s initial charter.

Trindle said the CSD plans to make a statement on the lawsuit at the next regularly scheduled board meeting on Oct. 24.

Pragin’s last request before dismissing the case was to recuperate the costs he suffered from the litigation.

He said he spent approximately $1,200 pursuing the lawsuit against the district.

Pragin dismissed the cases without receiving compensation; he lost eligibility to have his costs reimbursed when he decided to represent himself in the lawsuit.

According to federal law, if a person representing themselves in court is not a lawyer they are unable to be awarded attorney’s fees if they win their case.

Pragin told the Nexus he attempted to address the alleged violations at the Formation Committee’s public meeting but said all the committee members agreed he was incorrect in his claims against the district.

He said he felt the committee did not take his claims seriously.

“I stopped feeling like a constituent of theirs,” he said.

Trindle said in an email he thought it was “unfortunate” that Pragin felt his only option was filing a lawsuit but said it is important that the district can now focus on improving I.V. for its residents.

CSD Board President Ethan Bertrand told the Nexus Wednesday evening that he and the other board members are committed to the importance of transparency and public participation.

CSD Director Jay Freeman recused himself from all closed sessions discussing the lawsuit to avoid a possible conflict of interest stemming from his long-term friendship. Pragin also served as Freeman’s “campaign philosopher” for the 2016 Santa Barbara County Supervisor race.

In addition to the lawsuit, Pragin said he has also served the district and its subcommittees with three letters citing violations of the Ralph M. Brown Act, the law that sets the rules for open meetings of government boards and the communications between board members.

Two of the alleged violations were served in April and the other in May.

One of his letters dated April 20 claimed the CSD illegally created an ad hoc committee by making a committee that discussed “continuing subject matter jurisdiction,” arguing that the contents the committee discussed made it ineligible to be ad hoc.

Bertrand responded in a letter a month later saying the board rescinded the action that first created the ad hoc committee and passed a new motion that created it once more with a more fitting description of its powers.

The second letter, also dated April 20, alleged directors George Thurlow and Bob Geis had a side conversation during a regular board meeting of the CSD to plan their next meeting of the Formation Committee.

Geis, chair of the Formation Committee, disputed the claim in a letter stating the committee did not believe the action warranted a commitment to cease and desist and that such an action would lead to a “burdensome limitation.”

The letter dated May 9 claimed members of the Formation Committee failed to publicly notice, adjourn or show up to a public meeting.

Geis responded in a letter a week later stating the committee “unconditionally commits” to ceasing, desisting and refusing to repeat the offense Pragin stated in his letter.

A version of this article appeared on page one of the October 19, 2017, print edition of the Daily Nexus.