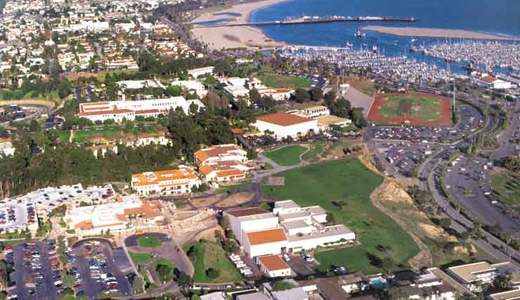 The new bill creates the “California College Promise” program, which will waive course fees for the first year of college. To qualify for the program, students must submit a waiver application and be enrolled in at least 12 units per semester.

The program will cost the state approximately $31 million. Community college courses currently cost $46 per credit, according to the bill.

AB 19 is a step toward free higher education for all, an issue that has been slowly gaining traction in state and federal politics and on college campuses.

Just this month, the Associated Students (A.S.) Senate signed a resolution supporting the $48 Fix, a plan to eliminate tuition in the California public higher education system. The motion directs A.S. to support the movement through campus and statewide events.

The $48 Fix, a part of the California Master Plan of Education, would eliminate college tuition through an income-tax surcharge of $48 for median-income families, less than $150 a year for two-thirds of state households and cost the top 5 percent about $7,500 a year.

“I’m really happy that it gives the students a chance to learn,” Maalizadeh said. “Transfer kids have so many different stories … why they didn’t go to a four year immediately. Financial difficulties is one of them, and I think that’s a large sector of students.”

Many transfers agree with Maalizadeh.

Melanie Reynoso, a third-year transfer student and economics and accounting double major, said many students do not go to college because they can’t afford it. She said she hopes this bill will change that reality for students.

“I think this gives more opportunity to people who otherwise wouldn’t have thought of going to community college because of the financial part of it,” Reynoso said. “I think that’s definitely the biggest benefit of all of this.”

Third-year transfer student and actuarial science major Steven Waltermire said he has already seen the impact this has had on people in his own life.

“I have a friend who went to continuation school to finish high school. He heard about the signing of this bill, and now he’s really considering going to community college,” Waltermire said.

Some students, however, believe that while AB 19 is a step in the right direction, the money could be spent on making four-year universities more affordable.

Habib Habibi, a fourth-year transfer student and economics major, suggested that the money could be spent toward students’ first year or semester at four-year universities.

“I feel like community college is already kind of cheap, and many students already have financial aid or are already able to support themselves,” he said.

While this is the state’s first step towards making higher public education free, Santa Barbara City College (SBCC) has been doing something similar since Fall Semester 2016.

The college helps students pay for their tuition and fees through the SBCC Promise. This gives high school students within the SBCC District the opportunity to attend the college for two years free of charge.

In order to be eligible for the SBCC Promise, students must submit the Board of Governors Fee Waiver, enroll in the fall or spring term following their senior year of high school, commit to at least 12 units a term, complete the Student Educational Plan, participate in academic counseling and remain in good academic standing while attending SBCC.

According to Lucille Boss, the director of scholarships for the Santa Barbara City College Foundation, AB 19 will only affect about one-third of Promise students because two-thirds already receive the Board of Governors Fee Waiver.

She said AB 19 would not have a “huge impact” on SBCC Promise students because it only covers the $46 a unit fee for enrollment. The bill does not include transportation fees, health fees, activity fees, student fees and required books and supplies.

Although he didn’t receive the SBCC Promise because he is not a local student, Maalizadeh praises the foundation.

“The SBCC Promise is great. To me, education is the most important thing in the world … and I find it very encouraging that the city already did this on its own before the bill came out,” he said.

After the SBCC Promise was implemented in fall 2016, Boss reported an increase in full time students.

“Free” = paid for by the tax payer and/or by future tax payers by going into debt.

Well you folks wanted a liberal governor! He was bad the first time around, and now??? I would be leaving CA if I lived there. You are going to be taxed to death, and you state is and will be a mess.

Don’t Democrats ever ask where the money is coming from. There won’t be any rich people left to tax.