The Daily Nexus
Sports Blogs
Power Plays: Trump and the NFL’s Attempt to Silence Protest Won’t Work
October 12, 2017 at 5:09 am by Sean White 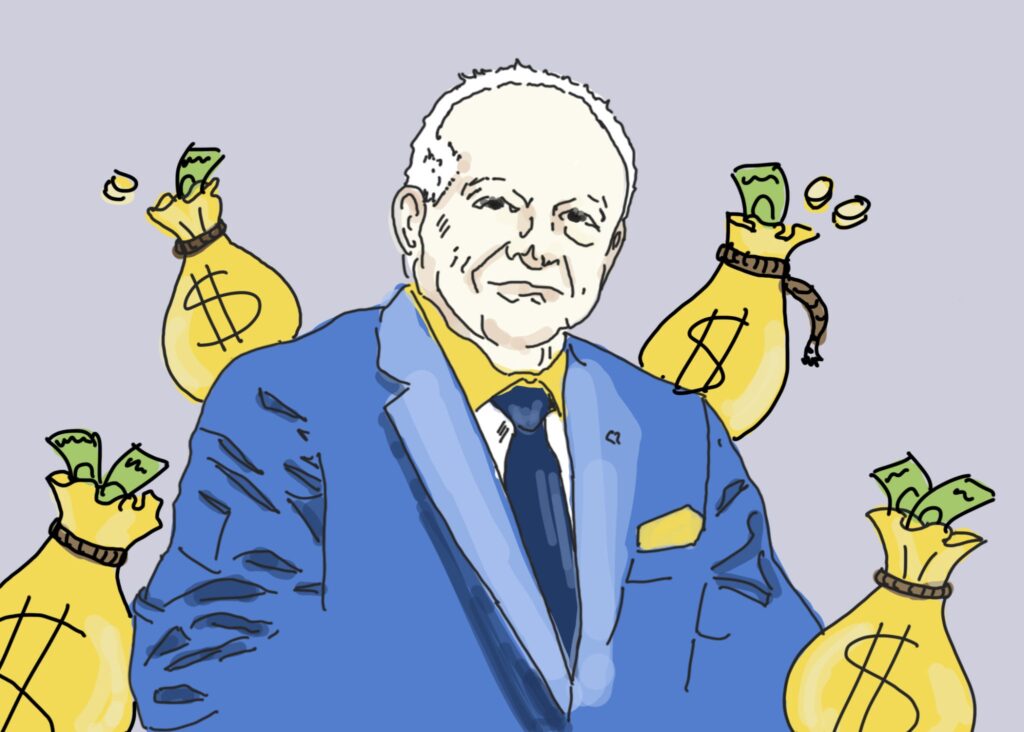 The abuse or misuse of executive order has the power to be one of the most oppressive forces in the world.

It’s a reality that has its roots planted within U.S. history.

It’s a reality that is taking place now with both the so-called ‘leadership’ of U.S. President Donald Trump and the National Football League’s Commissioner Rodger Goodell and various team owners.

But this time around the experience is different. While no executive order has been implemented, the same oppressive nature is being reproduced by Trump’s attempt to silence the voices of NFL players who are currently protesting social injustice, racial inequality and Trump’s objective to have them taken off the field for protesting as his tweets suggest.

The recent NFL events that have taken place this week display an attempt to force “athletes to stick to sports.”

Supporting such a message have been the actions of the world’s 12th and 19th richest sports team owners: Miami Dolphins owner Stephen Ross and the leader of ‘America’s Team,’ the Dallas Cowboys, owner Jerry Jones.

Prior to the kickoff of the Dolphins’ Week Five matchup vs the Tennessee Titans, Ross spoke about his stance on player protest and the impact he believes Trump has had, claiming that the President has “changed that whole paradigm of what protest is. And I think it’s incumbent upon the players today, because of how the public is looking at it, to really stand and really salute the flag,” per the SunSentiel’s Chris Perkins.

Jones spoke with no filter, expressing his expectations that, “If there is anything disrespecting the flag, then we will not play. Period. We’re going to respect the flag and I’m going to create the perception of it,” according to Brandon George of the Dallas Morning News, via CBSsports’ Sean Wagner-McGough. The Cowboys owner said such remarks after kneeling with his team in unison the previous week prior to the national anthem being sang, then locked arms with players as they all stood during its performance.

The sudden change of heart occurs after Jones admitted to having a recent phone call with Trump, claiming that the President was the one to remind him of the league’s Game Operations Manual policy. A policy that doesn’t require but rather suggests that players should stand for the anthem. Jones is also one of eight known owners that donated $1 million to Trump’s inaugural committee.

Per Kurt Badenhausen, “Nineteen NFL teams are owned by billionaires, led by [Paul] Allen, Shahid Khan ($8.2 billion) of the Jacksonville Jaguars and [Stanley] Kroenke, who also owns the recently relocated Los Angeles Rams. The explosion in NFL values has produced more billionaires than any other league with eight people in the 10-figure net worth club as result of the value of their NFL franchises” (Forbes, March 20, 2017).

Why state such statistics that seem to have no relevance regarding what either of the aforementioned owners said?

Because it’s time to flip the narrative, just like they and Trump have.

For those individuals opposed to NFL players protesting because of their millionaire status, why aren’t team owners with billions of dollars being chastised for “not sticking to sports” as well?

Critics of the protests have yet to realize that a majority of these owners actually care about avoiding controversy more than respecting the flag in order to sustain one thing: monetary revenue.

Jones’ statement included a term that is the tell all of what trying to dissuade players from protesting is really about – “perception.”

Thus far, an array of individuals, media outlets and fans have fallen victim to the misconception of NFL players protesting the flag.

Constructing such a misinterpretation has been White America’s ability to manipulate the media.

Take Vice President Mike Pence, for example, and his latest publicity stunt in which he shortly attended the Indianapolis Colts-San Francisco 49ers game only to depart following the choice of about 20 San Francisco players to kneel during the performance of the national anthem.

Tweeting his way to glory was Trump, who claims he asked Pence to leave the game if any players kneeled. Pence listened. He also tweeted about his exit.

His decision to leave will continue to be perceived as staged due to the fact that anyone attending or watching the game knew that player protests were going to take place, and rightfully so.

Since day one, the primary issue at hand is white supremacists believing they have the right to dictate how black people and other people of color should feel in response to the oppression they endure.

Don’t believe it? Mike Ditka’s words prove it as he now tries to apologize for claiming that “there has been no oppression in the last 100 years that I know of.”

A usual belief of those who feel the flag is being disrespected is that the select players choosing to protest are not appreciating its history and the lives of those who have sacrificed for our country.

It is a false notion which was never these players purpose as individuals of all skin colors have expressed themselves and protested against inequality.

Imagine how it feels for someone to just ignore the history, both before and after, of an era such as the Civil Rights Movement with a claim like Ditka did.

This isn’t anything new, though. It dates back to slavery. But speaking to the sports activism currently taking place, beginning with Colin Kaepernick’s decision to protest racial and social injustice and going to the present moment with voices like Jemele Hill and NFL players that have spoken up: shutting them out? It’s blatantly wrong.

With no backbone to support such wrongdoing, as Goodell has come out and denounced the player protest while also announcing that he will meet with the league’s owners next week, overcoming being silenced by executive power both internally and externally is becoming an even more challenging feat.

“The current dispute over the National Anthem is threatening to erode the unifying power of our game, and is now dividing us, and our players, from many fans across the country,” Goodell said on Tuesday in his call for protests to end.

The cycle is full circle as both America and the NFL attempt to ignore the realities of social and racial inequality – the real threats that are dividing our nation.

Presently, much uncertainty revolves around whether or not players will continue to protests, especially for those in Dallas facing the ultimatum of being benched.

As the powerful words of Assata Shakur say, “We have nothing to lose but our chains.”

Inequality has been one of the most oppressive “executive powers.” While always prevalent, conversation of its reality continues to reach its peak within sports. Something that was needed.

Today, the fight for equality continues.

Let me give you a hint. When (if) you get a job, the customers really don’t want to know your politics. If you give them offense, then your boss will fire you because you are costing the company money. It’s really that simple.

You’re going to run into people who do not agree with your politics when you leave the academic bubble. Half the country voted for Trump and Hillary lost. Get over it and grow up. Maybe you’ll come to understand why others expect their entertainers not to insult them or their country. If you’re lucky.

your hint is not necessary. This is a sports article and as such Mr. White is giving his opinion on the events surrounding the NFL and sports in general for the last few months. Everyone is giving their opinion on it. ESPN, smaller sports channels and even your irrelevant self. So your advice to Mr. White to “get over it” and embrace a difference of opinion is wildly contradictory since you’re the one in his comments getting hurt over his opinions. Sounds like you’re the one who has some growing up to do…

I’m afraid, Kaleb, that RKV is correct. I work for a company with about 60 employees. The owner has his undergrad degree from UCSB. For the past decade or so, he has refused to hire UCSB grads graduating from 1990 on.

“Even your irrelevant self”? Typical obnoxious student.

Your response proves my point, even if you are too dense to see it. The real world is going to be a cruel change for you Kaleb.

“I’m afraid, Kaleb, that RKV is correct. I work for a company with about 60 employees. The owner has his undergrad degree from UCSB. For the past decade or so, he has refused to hire UCSB grads graduating from 1990 on.” 1. The plural of anecdote is not data. 2. The Median (not Average!) starting salary of current UCSB undergraduates is BA = $67.5K and BS = 87K. Those are facts not anecdotes. So, good for your friend and his company (of what; and what is the starting salary?). As for owners and trump violating the first amendment right to… Read more »