The Daily Nexus
Film & TV
Netflix Anime ‘Neo Yokio’ Is Weird Yet Worthwhile
October 12, 2017 at 11:48 am by Max Pasion-Gonzales

In 1912, Japan gifted Manhattan with 2,500 cherry blossom trees in what is now known as Sakura Park. The beautiful flowers that bloom on the trees are a very powerful symbol in Japanese culture, and the gift was meant to establish a lasting peace and friendship between the two countries. Fast forward to 2017 and the trees have grown and evolved in the new context of a bustling New York City, and Sakura Park stands as a living, breathing example of cultural unity. Despite some fluctuation in international relations, Vampire Weekend’s Ezra Koenig has intricately crafted his weird, quirky and creatively flawed internet-era version of Sakura Park. His new anime Netflix Original starring Jaden Smith is “Neo Yokio,” an imperfect yet extremely dynamic model of the exaggerated tropes of both New York and Japanese cultures. The work is a living culture shock, and although not worthy of high regard or reward, it is more than anything commendable for its creative liberties and merely the fact that it even exists in the first place.

“Neo Yokio,” or the Japanese form of “New York,” blends anime, uptown socialites and hip-hop culture into a single unique, and often overwhelming, force. These three seemingly random movements, however, have been blending together for quite some time now. Recently, we have been seeing SoundCloud rappers with anime-ridden profiles, and the clothing brand A Bathing Ape is more prevalent than ever in the states. Rapper Lil Uzi Vert (who happens to look like an anime character himself) posts about “Cowboy Bebop” on his Instagram, and of course, the cult-classic anime-meets-black-television show, “The Boondocks,” remains a legendary piece of small screen history. But “Neo Yokio” seems to directly blend cultures more than ever before, so much so that it has become the main attraction of the show.

“Neo Yokio” follows the extremely wealthy socialite and coveted bachelor Kaz Kaan, who is voiced by Jaden Smith. Kaz frequently wears high fashion brands such as Balenciaga, Louis Vuitton and Gucci, he is the star of his preppy field hockey team, he attends high-class parties and balls and he gets flown around town by his robot butler. His Aunt Agatha, voiced by Susan Sarandon, looks out for him and arranges appointments for his other important hobby, exorcizing demons. This leads to the first main issue with “Neo Yokio”; it has way too much going on. The work often struggles to navigate back and forth between socialite life, young city life and the wild card of demon exorcism. However, this excess does not prevent the show from maintaining excitement, commentary, occasional humor and unique style.

Outside of the saturated and scattered plot, “Neo Yokio” finds more value visually and stylistically more than anything else. The show looks beautiful on screen, and the creative character design works well in front of quality voice acting, specifically from Jaden Smith. Much like the enigmatic young prodigy, the show constantly finds redeeming moments of weird yet profound intelligence and artistry. Quotes like, “Who cares what time it is when the future is an interminable abyss of wackiness?” and “Demon be gone from this Chanel suit!” are examples of the kind of perplexing weirdness that, whether you like or not, can be appreciated. 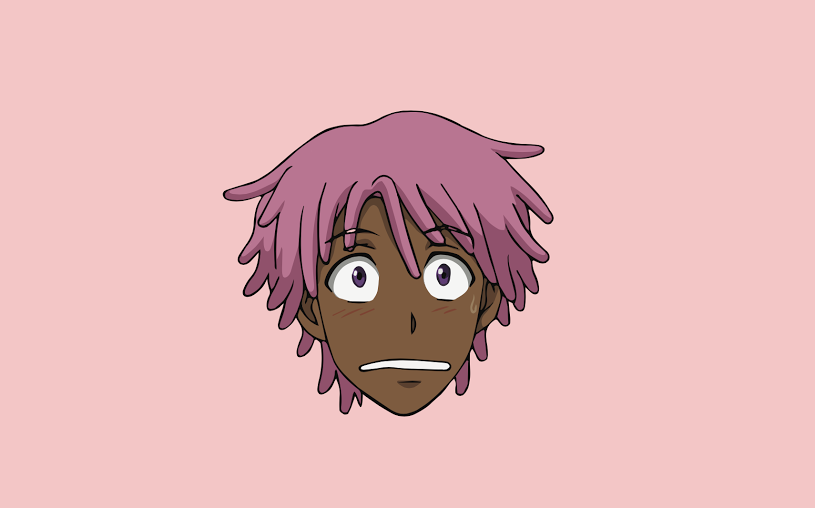 Behind all the nonsense and randomness of this fascinating creation, there is a deeper commentary on materiality, elitism, capitalism and fandom. Throughout the colorful landscapes of Neo Yokio, Kaz is frequently seen worrying about comically insignificant things, including wearing a midnight blue suit to a black and white ball, the rundown status of his childhood home in the Hamptons and his constant belittling for being “neo-riche.” He also constantly refers to his ex-girlfriend, Cathy, who he can’t seem to get over. In this sense, Kaz functions as a modern-day animated Hamlet, coming from extreme wealth and constantly distraught and complaining about love and the world around him. This character functions well in the New York context, a clear critique of the materialistic and elitist culture that upscale cities maintain. A more direct critique of this is Neo Yokio’s list of most eligible bachelors, which appears to be a nod to “One Punch Man”’s hero rankings. In Neo Yokio, young male bachelors are ranked in a fluctuating list posted in the middle of the city. Kaz is seen going up and down on this list throughout the show, greatly influencing his perception in the public eye as well as his general happiness. This is not only a fascinating dialogue about the elite social classes in modern society, but also an interesting response to the mixed reviews that the show has been receiving. Elements like these are some of the quirks that make “Neo Yokio” a success in its details, rather than the big picture.

As far as traditional anime is concerned, “Neo Yokio” is nothing revolutionary or even memorable on a narrative level. “Neo Yokio” is more than just weird, as it also often can be choppy, strange and lacking fluidity in storytelling. This show may often bring the audience to laugh when they’re not supposed to, be taken aback by the dialogue and question what even just happened on-screen. Despite these things, “Neo Yokio” demands a watch and, more importantly, a discussion because of its unique ability to blend cultures, create profound creative moments, provoke thought and make memories. Whether or not it resonates with you or at times even succeeds to make sense, “Neo Yokio” guarantees an experience that is memorable and by all means entertaining.

This is a show that, despite mixed critical reception and even accusations of appropriation, should be appreciated and enjoyed for its role in blending cultures. Even more so, we should celebrate the fact that Ezra Koenig made an anime with Jaden Smith about a demon-exorcising socialite in New York and was able to have Netflix fund it. We should celebrate the fact that we live in a time where strange art like this can be created and distributed at such a high rate. We should also celebrate the fact that, in an ever-divisive world, strange art like this has an audience. Perhaps it has less historical significance and general impact on the world than the real Sakura Park, but the ridiculous and outrageous “Neo Yokio” is still worthy of our attention and should be celebrated for its cultural push.

I hope this show gets a series longer than 6 episodes because I found it to be great. I’ve seen many anime and sure, it’s not as good as shows like Soul Eater, Naruto or Bleach but it’s still a really funny, random and entertaining anime.