Do you know the feeling when you’re carefree, living your life all summer and you forget that school is still a thing? When I was offered to cover the xx show. I figured I should end summer with a bang, and I’ve followed The xx for some years now, so why not? The xx blessed the Santa Barbara Bowl Wednesday night on the “I See You” tour in support of their junior album. Since the release of their self-titled album in 2009, the band has garnered critical acclaim for their dreamy, atmospheric and minimalistic music. Whether you attentively listen to them or have just started, The xx has nonetheless earned a large and dedicated following of all ages. 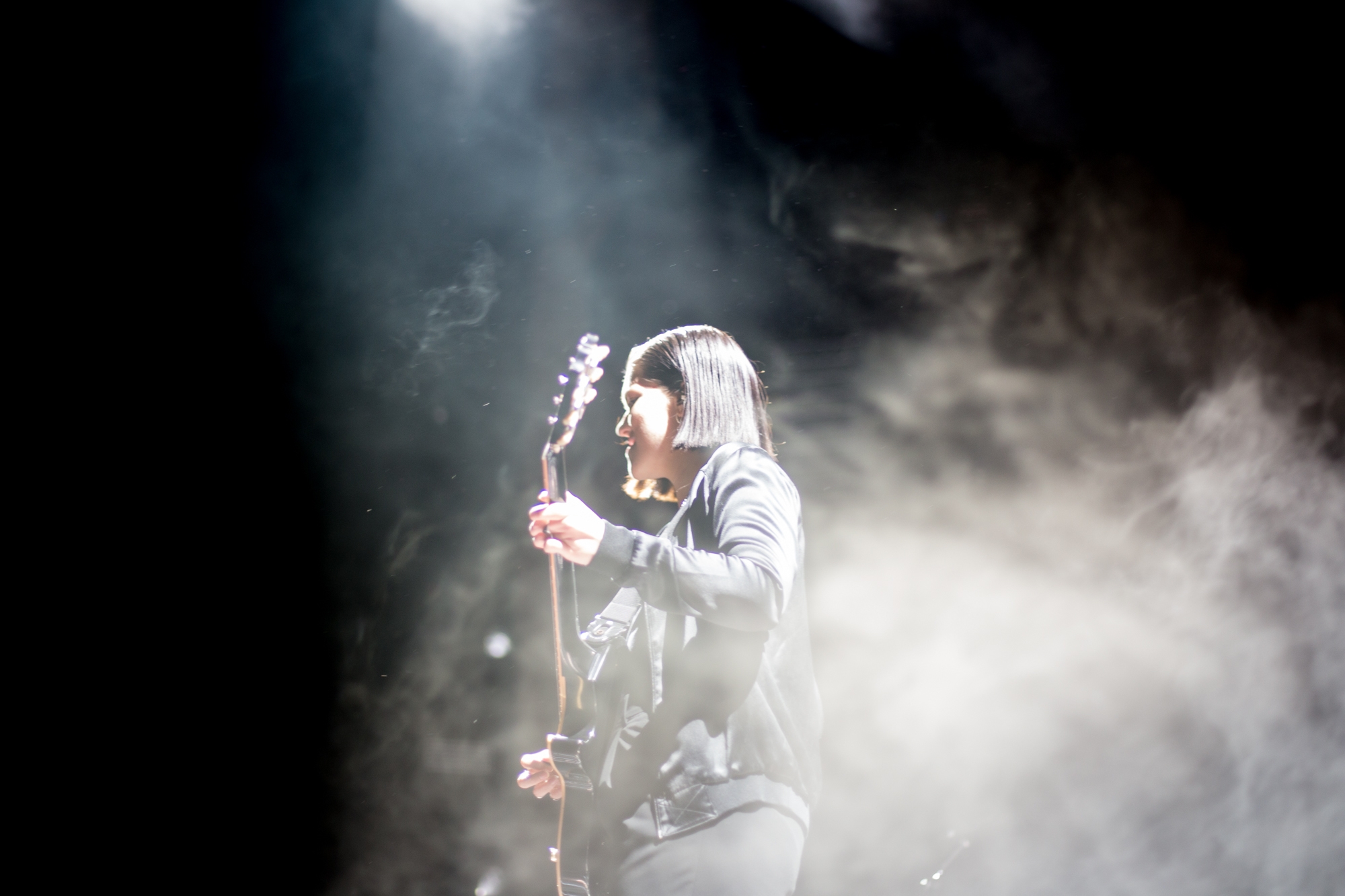 After a really enjoyable Uber ride over to the Santa Barbara Bowl, I was anxious and slightly surprised upon my arrival. The crowd was predominantly late 20s and up, and I felt like a lost child at a concert compared to everyone else. I had a slightly rough time walking up the notorious Santa Barbara Bowl slope, and the visibly intoxicated crowd was also complaining about the hike up, making it a communal struggle.

I arrived at my seat sweaty and sore, greeted by the familiar white-haired ushers and Bowl workers, who are always so kind. I had missed the opener, Perfume Genius, but a father and son sitting behind me were more than happy to share their thoughts. Concertgoer Arley Sakai said, “Spotify recommended [Perfume Genius] for me; I’ve never considered seeing them in concert … it was quite the live performance, very flamboyant and vivacious.” He explained how he had grown up listening to The xx, as his parents would play their music in the car often, and it was the minimalistic sound that really grabbed his attention.

Sitting there, I began to notice that the crowd was well into their 40s and 50s, with the GA pit looking more like they were in their 20s or 30s. I had some concern that the crowd would be dull because of my unconscious bias that older people aren’t as fun. I would later kick myself for thinking that. 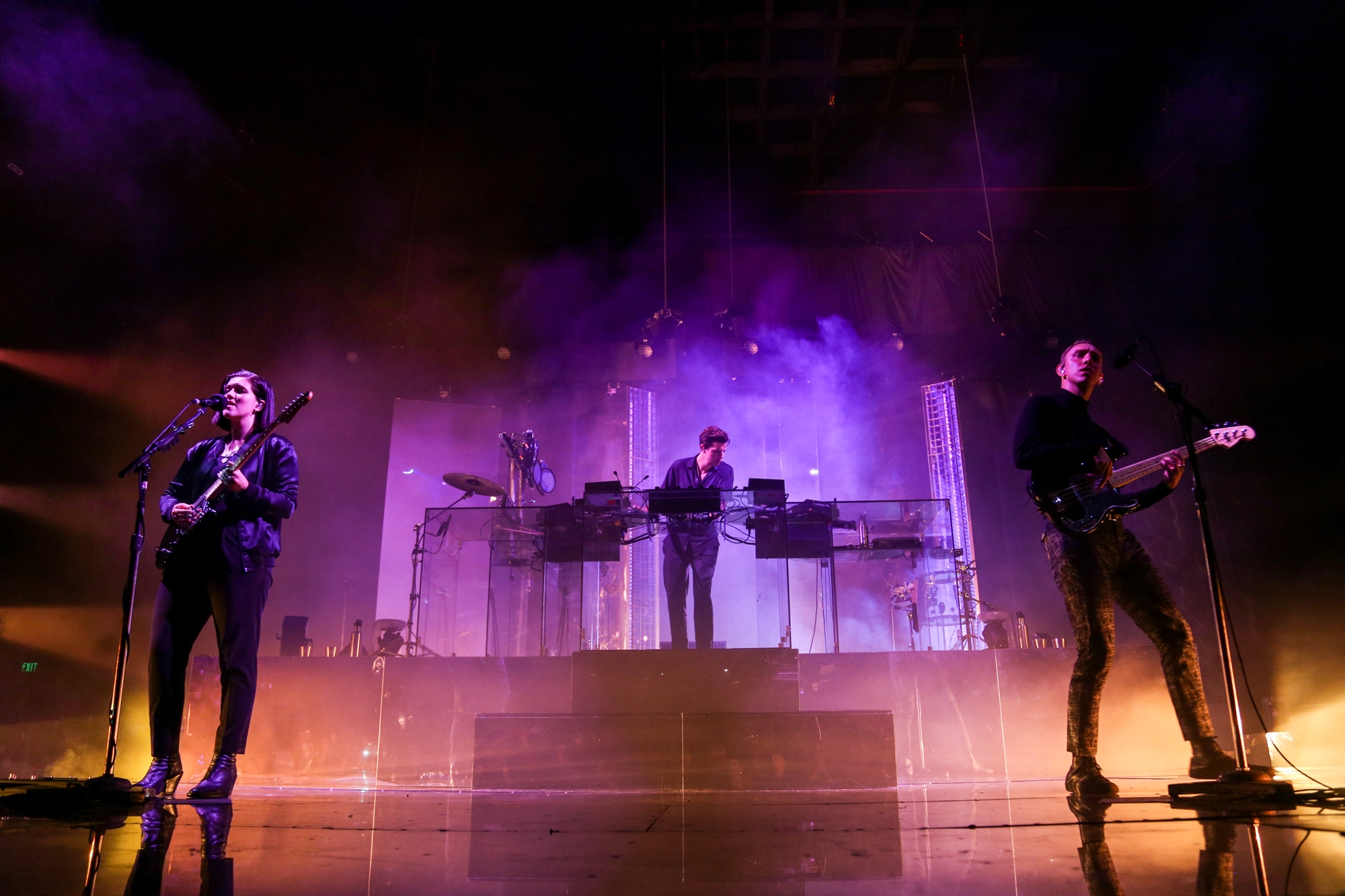 I waited impatiently as I watched the stage get set up with prism mirror towers, a simple black drum and a DJ center for Jamie xx. I could tell by the simple but equally elaborate stage setup that the visuals were going to be amazing. My impatience grew, so I went to withdraw cash to purchase a churro after seeing other people munching on theirs.

The xx began their set, of course, with “Intro,” from their debut LP. Nostalgia rushed over me as I witnessed them perform the song that had initially brought them to my attention after hearing it on the movie “Project X.” The talented guitarist and vocalist, Romy Madley Croft, began the intro riff to “Crystalised,” and the crowd immediately responded with cheers of joy. Similar to their music style, all three members were clad in dark, simple and aesthetic sweaters, leather jackets and jeans.

Producer and DJ Jamie xx made his talent on the stage clear when they began to play “Say Something Loving’’ from their junior album. He jumped effortlessly from one side of his elevated platform to the other, playing the drums or setting up a beat for the song. Bouncing back and forth to the beats, Romy and third bandmate Oliver Sim showcased the more dance- like upbeat sound and personality of the new album; although it remains equally as minimalist as previous albums. 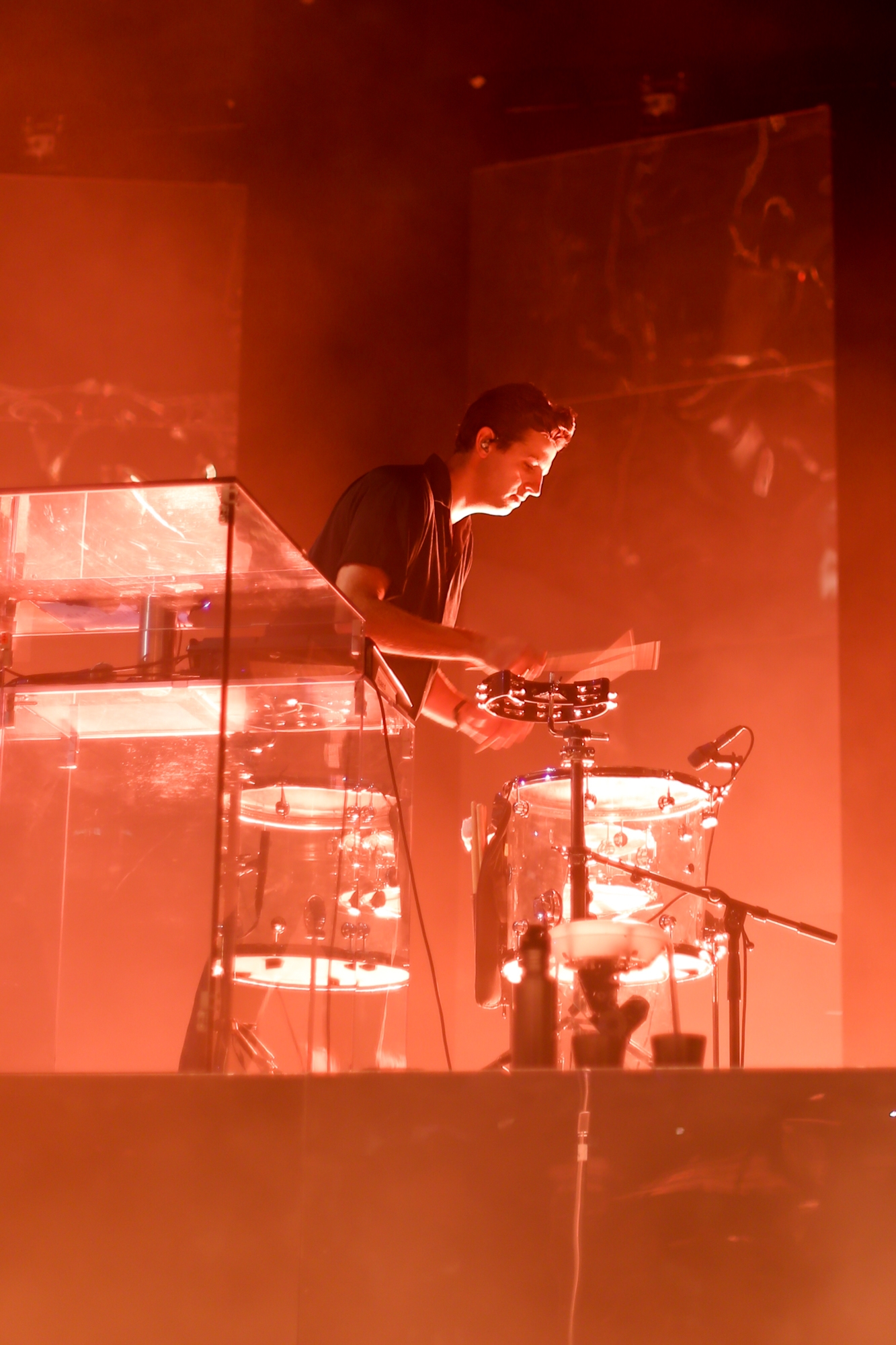 When I was approached to cover The xx show, I had the idea it would be an enjoyable show, but what I experienced was far more than that. The xx truly grabbed and held onto the energy and enthusiasm of the crowd the whole time. The visuals transformed from monochrome to colorful displays, seemingly matching the tone of the songs playing and creating a cinematic experience throughout the Bowl. The guitar riffs, groovy bass and dream-like beats created an unforgettable atmosphere; the emotion and happiness of the crowd was at a level I had never witnessed before.

The xx continued to entrance the crowd with songs off all three albums and their minimal stylistic visuals that provided an optical spectacle. Six mirror prisms rotated and lit up accordingly with the style of the song. At one point, Sim stepped off the stage, seemingly ending the show, only to reveal Jamie xx playing one of his solo songs. 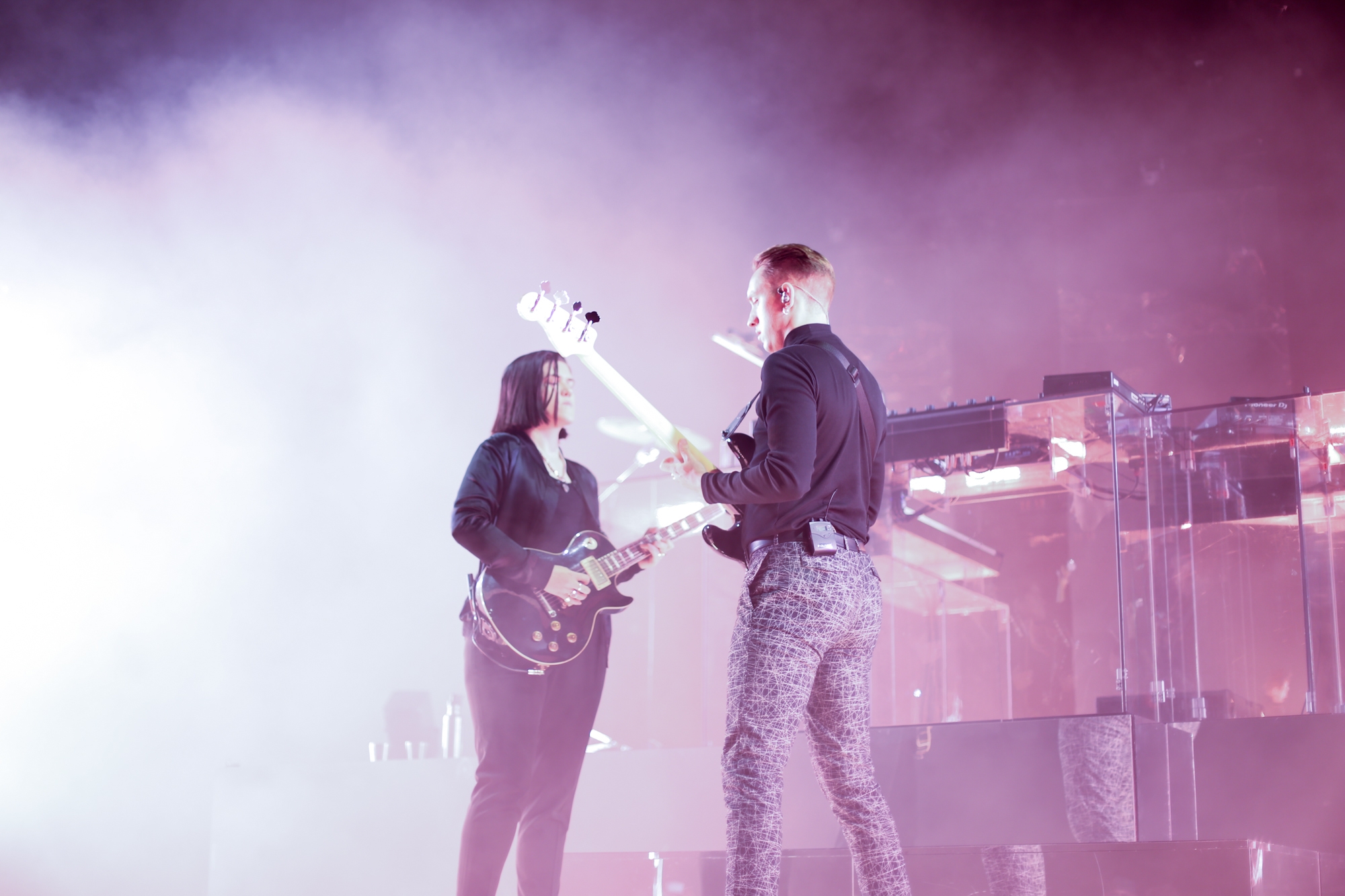 Between the encore of “On Hold” and “Angels,” the group took a minute to announce that a dollar of each ticket sale was going to Pacific Pride. Pacific Pride is a Santa Barbara organization that provides services for AIDS/HIV and the LBGTQ community. The group also shared a message of solidarity in these troubled times, imploring the crowd to love themselves and one another. Aside from performing an immensely memorable show, they solidified my respect toward their band as a whole with that message.

While walking down the treacherous SB Bowl slope, fans and friends of fans all shared their excitement over what they had just witnessed. New fans proudly showed off the band merchandise they had just purchased, longtime fans had irremovable smiles and all in all, everyone seemed to have had a good night.

My Uber driver told me of the bands he got to watch at the SB Bowl back when he was younger, like Salt-N- Pepa and the Dave Matthews Band. It had me thinking about the stories I will tell of seeing bands like The xx as an adolescent. For the moment, though, I shared the Uber home with new friends, anticipating a year full of more amazing shows.